Continue reading: Coachella Festival 2013; Who's Going To Be Playing?

‘Losing You’: Can Solange Knowles Eclipse Beyoncé With Her Return To Music?

Solange Knowles has returned to the pop scene. She might be better known as the younger sister of Beyonce Knowles but with ‘Losing You,’ Solange could finally prove that she’s a talented artist in her own right, with no need to live in her sister’s shadow. It’s been four years since Solange released her second album Sol-Angel and the Hadley St. Dreams, which may have been well-received but failed to get her a foothold on her career ladder in the music industry.

‘Losing You’ is produced by Blood Orange’s Devonté Hynes, according to LA Times and it’s a neat laid-back modern R&B song, with just enough swagger to get her personality across, but just enough retro groove to set it apart from most mainstream R&B tracks. It’s simultaneously downbeat and uplifting and the video really captures her spirit as she cycles around Cape Town, South Africa. The video was directed by Melina Matsoukas; she’s worked with Solange before, on 2008’s ‘I Decided.’

The track, which features the lyrics “I’m not the one that you should be making your enemy, tell me the truth, boy, am I losing you for good,” will be released by Terrible Records, which is run by Chris Taylor of the band Grizzly Bear. The B-side will be ‘Sleep in the Park,’ which will feature Kevin Barnes, of the band Of Montreal. Both tracks are taken from her as-yet-untitled album, which is expected to be released some time in 2013. 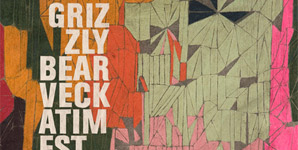 By Matthew Jennings in Music Reviews on 19 November 2007


For Grizzly Bear's second release onto Warp Records, they give us a collection of alternate versions of old songs and covers; both them covering other artists and other artists covering them. For those, like me, uninitiated into the world of Grizzly Bear until now, it is a melancholy, autumnal place, where harmony and arrangement are carefully considered but also deliberately lo-fi. A pleasant, unconfrontational soundtrack to an afternoon spent in the attic leafing through old photo albums (the non-facebook type). This record is not the best introduction to the band (last year's 'Yellow House' is probably a better place to start), but it does contain several gems that fans will no doubt slaver over.

Opener 'Alligator' is an expanded version of a miniature that appeared on debut 'Horn of Plenty'. In this incarnation, it begins with a nursery rhyme-esque bit of doggerel, then blooms into a harmonised vocal arrangement, backed crashing guitars and drums, before climaxing with a stirring brass section. 'He Hit Me' is a cover of a 60's pop standard first performed by the Crystals. Grizzly Bear slow it down, strip it down, and turn up the psychadelica. Again, the perfectly arranged vocal parts add some real pathos to the song, and turn what would otherwise be a fairly uninspiring interpretation into something more enjoyable, sounding not unlike the Hollies or Moody Blues. 'Knife', the bands most successful single to date, it represented twice here. CSS turn in a fairly predictable electro-pop cover, replacing guitar with synthesisers and tying it together with a solid, thoroughly danceable beat. It sounds a little incongruous among the dreamy, ponderous tracks that constitute the rest of the album. Sitting more comfortably in the tracklisting is Atlas Sound's take on 'Knife', which takes a slightly surreal chiming as the its foundation and adds a wistful vocal. Final track 'Deep Blue Sea' is a home recorded version of a traditional folk song; its intimate vocals and plucked guitar outlining a longing melody and making it the most accessible track on this collection. 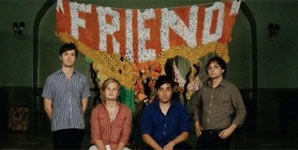