Glastonbury 2021 Cancelled: The First Of Many Festivals, Or Just The Biggest Casualty?

By Andrew Lockwood in Music / Festivals on 22 January 2021

This year's Glastonbury Festival has been cancelled casting doubt on whether other festivals will be able to go ahead.

"With great regret, we must announce that this year's Glastonbury Festival will not take place," came the not altogether unexpected announcement from the Glastonbury organisers. For the second year in a row the biggest festival in the UK, and one of the biggest in the world, will now not take place. Michael and Emily Eavis communicated their decision to pull the plug on this years event via a Twitter post on Thursday 21st January.

With great regret, we must announce that this year’s Glastonbury Festival will not take place, and that this will be another enforced fallow year for us. Tickets for this year will roll over to next year. Full statement below and on our website. Michael & Emily pic.twitter.com/SlNdwA2tHd

Continue reading: Glastonbury 2021 Cancelled: The First Of Many Festivals, Or Just The Biggest Casualty?

By Andrew Lockwood in Music Reviews on 10 March 2020

From (Greater) Manchester to Margate, from Stockport to the South-Coast, The Winter Gardens saw Blossoms in the Spring as the band brought their 2020 tour to the seaside to promote their third album, 'Foolish Loving Spaces'. Blossoms were accompanied by Fever, thankfully without a dry cough and persistent headache, and The Magic Gang for their first appearance on the Kent coast.

Fever, made up of four very dapper young men and one bassist (Charley) who looked like he'd been parachuted in from a '91 Seattle Grunge festival, were up first and quite frankly, a revelation. Their songs were succinct, immediate, compelling and without exception, irresistible. The Hull band, who only formed in early 2019, played through their two debut singles, 'Jungle Man' (described by BBC6Music's Chris Hawkins as "an anthem") and 'Money Love', whilst also taking time to shout-out a very young lad in the crowd, Reece, who was enjoying his first gig. Fever closed out their short set with their forthcoming single 'Electric', due out on April 3rd, and definitely won over a huge swathe of the crowd. This is a band destined for bigger things and it was great to catch them before they break.

The Magic Gang were the middle men on International Women's Day, taking to the Winter Gardens stage ahead of headliners Blossoms. The Brighton band complemented the three-band bill with their vibrant, energised songs. The melodic 'Caroline' and huge hit 'How Can I Compete' were highlights from the band's debut album whilst their closing track 'Think' was the best of their newer material. The extended jazz-infused number saw some great brass playing amongst the individual solos and left the audience on a high.

Blossoms can't wait to release their second album after having ''the best year of their lives'' touring their debut LP.

Blossoms ''can't wait'' for fans to hear their second record.

The 'Charlemagne' rockers' self-titled debut LP turned a year old on Saturday (05.08.17) and the lads have barely stopped touring ever since it was released, but they are looking forward to getting some new material out there.

Sharing a black and white photograph of the band - comprised of Tom Ogden, Charlie Salt, Josh Dewhurst, Joe Donovan and Myles Kellock - on Instagram, they wrote on the anniversary: ''So today our debut album is 1 year old! Thanks to everyone who bought it, came to see us live, it's been the best year of our lives so far. We've been bsuy recording our second album and we can't wait for you to hear it. (sic)''

The band is currently on tour in Europe.

Blossoms paid tribute to 1985 blockbuster 'Back To The Future' with their new video for 'Honey Sweet', featuring a time-travelling Delorean. Plus, they make a brief reference to a future date later this year, though the significance is so far ambiguous. The video opens with lead vocalist Tom Ogden perusing a road map before calling up the other band members on an old rotary dial phone. They later join up for a bike trip, riding around Stockpart. There's a very deliberate retro vibe here, with a number of vintage cars dotted around the place, and the video ends with the band arriving at a garage in which a time-travelling Delorean is parked with the number place 'OUTATIME'.

Continue reading: Blossoms Go Back To The Future With Their 'Honey Sweet' Video

Tom Ogden and the rest of Blossoms perform live at the SSE Hydro as part of the Clyde 1 Live event. - SECC, Glasgow, Scotland - Sunday 18th December 2016 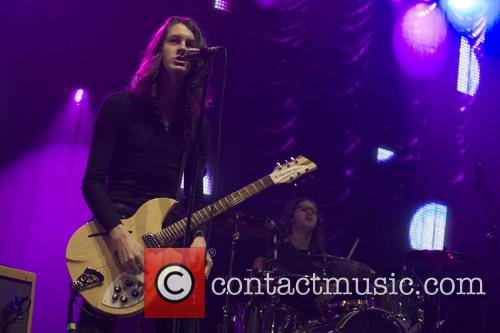 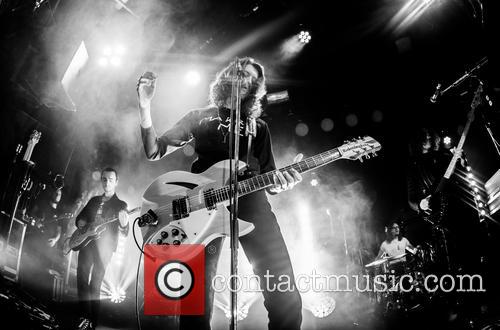 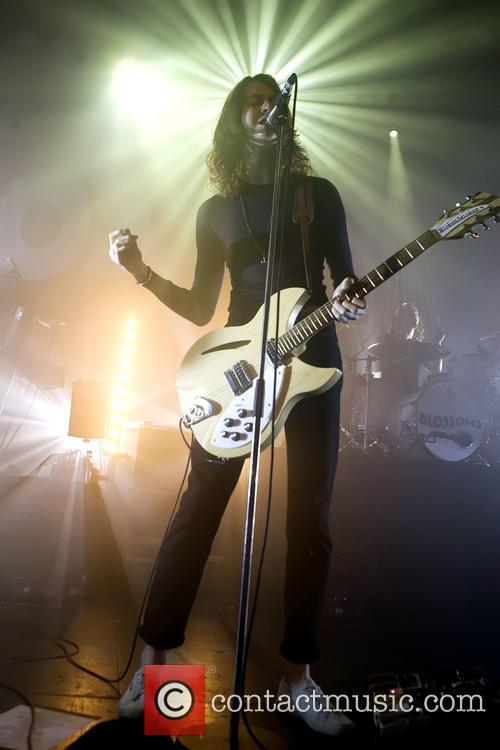 By Stephanie Chase in Music / Festivals on 19 August 2016

The Stockport fivepiece have made it a second week on top of the UK albums chart.

Blossoms are at number one again this week with their self-titled debut album. The band are now the first artists to score two consecutive weeks at the top spot in the UK albums chart since Adele's managed three in March with 25. Blossoms are still on top of the UK albums chart

Last week the Stockport band said they were “made up” over the success of the album. Speaking to The Official Charts Company the band said: "We're absolutely made up that the album has gone to Number One. From the scaffolding yard to the top of the charts, who'd have thought it? Viva Stockport!”

Continue reading: Blossoms Hold On To Number One Spot For Second Week With Debut Album

Blossoms Hit Number One With Self Titled Debut

By Stephanie Chase in Music / Festivals on 13 August 2016

The five-piece are celebrating taking the number one spot with their first album.

Stockport five-piece Blossoms have hit number one on the UK album chart with their self-titled debut album. The band say they are “made up” over the success of the album, which outsold its nearest chart rival by 9,500 copies. Blossoms debut album is this week's UK number one

Speaking to The Official Charts Company the band said: "We're absolutely made up that the album has gone to Number One. From the scaffolding yard to the top of the charts, who'd have thought it? Viva Stockport!”

Continue reading: Blossoms Hit Number One With Self Titled Debut