Dannii Minogue Lays Into 'The Only Way Is Essex' Stars 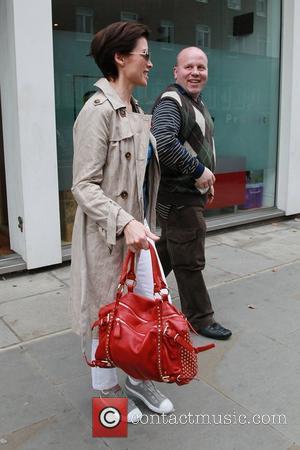 Dannii Minogue won plaudits for her fashion during her spell as an 'X Factor UK' judge, the sister of Kylie leaving only last year following three series on the judging table. It's no surprise then to find the 40 year-old taking pop shots at the somewhat more over the top stylings of latest TV stars, 'The Only Way Is Essex' cast, accusing them of spending more time on their make up than doing any actual work.
Talking to UK newspaper the Daily Star, Minogue didn't mince her words as she laid into the stars, saying "They have the thickest make-up you have ever seen and the longest lashes. It really is like a full-time job for these girls. Some of them have made it into an actual art form. It's very elaborate." The singer went on to say "There are very few women who are stylish and know what works for them. It's just a case of deciding what does it for you."
Staying modest, Minogue finished by talking of her previous fashion wars with fellow ex-'X Factor UK' judge Cheryl Cole, saying "The moment the doors opened everyone stopped and asked: 'What are they wearing?' It was a game people were buying into." Minogue reportedly doesn't miss the show, which has seen a plummet in ratings and in-fighting between the current judges Louis Walsh, Gary Barlow, Kelly Rowland and TULISA CONTOSTAVLOS.