By Victoria Pavlova in Lifestyle / Showbiz on 22 May 2015

This is just the latest in Flav's history of legal troubles.

Remember Flavor Flav? The former VH1 emcee and member of the hip hop collective Public Enemy, who  had a resurgence in fame after joining the cast of the third season of VH1's The Surreal Life in 2004, was pulled over on Friday for speeding, but the situation escalated. Flava Flav is a repeat offender when it comes to marijuana.

Rapper and reality TV star Flavor Flav is no stranger to legal troubles and run ins with the law. Earlier this week he was sentenced to probation and further counselling after pleading guilty to lesser charges in a domestic violence case against him. To add to his legal woes he’s also facing another trial after being charged with felony speeding and driving without a license case. For the man who was born William Drayton these two incidents are just the latest in a career which has been marred by legal troubles. Flavor Flav has just been sentanced to probation

Drayton’s legal troubles started long before he found fame with Public Enemy, the New York native who dropped out of school by the 11th grade was already finding himself in and out of jail for robbery and burglary at a young age. After forming Public Enemy with Chuck D, the group rose to fame with the release of 1988’s It Takes a Nation of Millions to Hold Us Back. The group's success, however, only worsened Drayton’s growing drug addiction as he dabbled with crack and cocaine. In 1991 his drug abuse had escalated and he admits to using, “‘Quaaludes, angel dust, PCP, cocaine, crack, alcohol, weed,” during the period. He was then arrested that year for domestic violence against his then girlfriend Karen Ross, who was the mother of his three children. Drayton pleaded guilty to assault and served a 30 day jail term whilst also loosing custody of his children. The rapper would attempt to get clean from drugs in 1993 after a family intervention, but his stint at the Betty Ford clinic didn't work on that occasion. Four years later he attempted recovery again after the death of his father checking into the Long Island Center for Recovery.

Flavor Flav's 2014 is not starting off in a good way. His mom passed away only a week ago, and now he is in big trouble after being pulled over for speeding with no driver's license.

Flavor Flav is back in trouble after being pulled over for speeding in New York on Thursday morning (January 9). Police said the rapper was speeding, but they also found he had a suspended license. Flavor Flav, whose real name is William Drayton, was also allegedly found with a "small amount" of marijuana in the car, according to the Los Angeles Times. New York State Police said in a statement that Flav was going 79 miles per hour in a 55 mph zone. Once they ran his information, they found that he had 16 suspension on his driver's license. 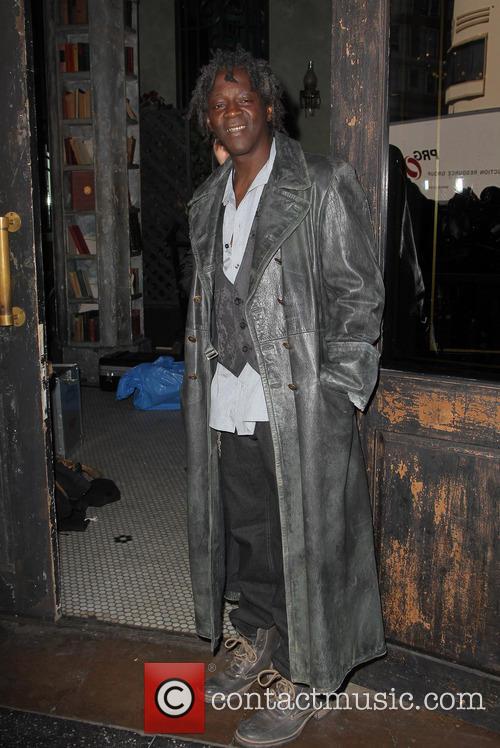 By Lorna Greville  in Lifestyle / Showbiz on 01 November 2012

Singer Cee Lo Green has been accused of sexual battery against a woman in a restaurant in Los Angeles, TMZ reports.

Apparently, police have already been to a restaurant in down town LA to carry out questioning of the manager and his staff. The LAPD is keeping schtum about any of the details of the case, and by details we mean anything. The woman has remained unseen and unnamed, and what precisely Cee Lo is being accused of still remains unclear, let alone when or where the incident is said to have taken place.

Nevertheless, the Gnarls Barkley singer has stepped up to defend himself, saying that he has no idea what they're talking about. He said "Nothing ever happened [at the restaurant the claim reportedly alleges the assault too place at] or anywhere else." Plus, one source close to Cee Lo said , "I have never seen Cee Lo act in a physical way toward anybody." Apparently, Cee Lo hasn't been to the restaurant forthat was briefly investigated yesterday, in over three months. But, of course, without knowing when the incident is said to have taken place, sadly we can't say that proved Cee Lo's innocence. He is currently working on the American talent show 'The Voice' as a mentor. Edward Furlong and Flavor Flav have also been accused of assault this week.

By Hayley Avron in Lifestyle / Showbiz on 19 October 2012

A report from TMZ reveals that the Public Enemy rapper “violently threw his fiancee to the ground” and “ripped out her earring.” Not only that, he then decided to threaten her 17 year-old son with a knife, after he reportedly stepped into the fray to protect his mother.

TMZ have obtained the Las Vegas police report, which states that an argument between the hip-hop star and his fiancee flared up when she accused him of cheating on her. The disagreement quickly turned violent and Flavor Flav – real name William Jonathan Drayton Jr - reportedly grabbed his partner and threw her twice to the ground. The report continues that he then grabbed not just one but two knives and proceeded to chase her son round the house, kicking down a locked door to get to him. He then threatened to kill the teenager.

Timber! How The Mighty Fall: This Week, Flavor Flav

The recent news of Flavor Flav's arrest for domestic battery assault marks another low in a career that's been sinking quicker than his posture after wearing that ridiculous clock for the last 30 years. What happened Flav? From hit singles and sell-out tours, to failed fast food eateries and a violent temper, there really has been a poison going on in his life of late. So where did it go right? And where has it since gone wrong? We chart the rise and fall, of Favor Flav.

1987: Public Enemy's debut LPAfter attracting the attention of Def Jam Records and Rick Rubin in 1986 with their single 'Public Enemy #1', Public Enemy released debut LP 'Yo! Bum Rush The Show' in 1987, going on to Gold in the US and attracting critical acclaim from an audience who wanted harsher, more confrontational lyrical content than what was being delivered by the likes of Run DMC and the Beastie Boys.

1988-1991: The Platinum Years 'Yo! Bum Rush The Show' turned critics heads, but it was the next three albums by the group that really made them mainstream stars. 'It Takes A Nation Of Millions To Hold Us Back', 'Fear Of A Black Planet' and 'Apocalypse 91 . The Empire Strikes Back' all went platinum in the US, with the latter two making the US Billboard top 10.

Flavor Flav has been arrested and jailed in Las Vegas on a charge of misdemeanour domestic battery and felony assault. According to Reuters, the 53 year-old Public Enemy rapper was arguing with his wife and threatened to kill her son with a knife. Police officer Bill Cassell told Associated Press that nobody had actually been hurt in the scuffle.

The incident occurred at 3:30am yesterday (October 17, 2012) at a home southwest of the Las Vegas Strip. Flavor Flav – real name William J. Drayton Jr. is being held on $23,000 bail at Clark. A court appearance is scheduled for today. This, of course, is not the first time that Mr. Flav has found himself on the wrong side of the law and it’s not the first time that he’s found himself behind bars, either. Back in 1991, he pleaded guilty to assaulting his girlfriend of the time, serving 30 days for the crime. Two years later, he shot at one of his neighbour and was charged with attempted murder, finding himself locked up for 90 days. After a spell of driving offences and failure to comply with probationary offences, he then spent nine weeks on Rikers Island.

All this comes amidst a long-ranging history of substance abuse problems. In fact, there has hardly been a period of time when Flavor Flav hasn’t been in some kind of trouble with the law. The substance issues may now be under control but it doesn’t seem that the veteran rapper has what it takes to stay on the straight and narrow.

By Lorna Greville  in Lifestyle / Showbiz on 17 October 2012

Flavor Flav, rapper and reality-tv star, has been arrested and put in jail after threatening his fiancee's son with a knife, reports the Associated Press.

This is far from Flav's first brush with the law, having been involved in crime since before he even finished school. He was also arrested and jailed for 90 days in the early 90s for shooting at his neighbour (Guardian). Plus he has suffered with a pretty serious illicit drug-use problem, which he is now completely clean from. His entirely cleaned up act lead to a reprieve of success, which began in his appearance of Channel 5's reality TV show 'The Farm' and eventually resulting in him starring in three of his own reality shows since 2006.

This incident allegedly began as a verbal argument between his girlfriend and her teenage son, before Flav got a knife and threatened the teenager. The mother then called 911. TMZ report that he was charged with “felony assault with a deadly weapon and misdemeanor domestic violence”. Of rap-group Public Enemy fame, Flavor Flav was being held for a reported $23k bail in Clark County, Nevada. The Associated Press were unclear as to whether he had a lawyer. 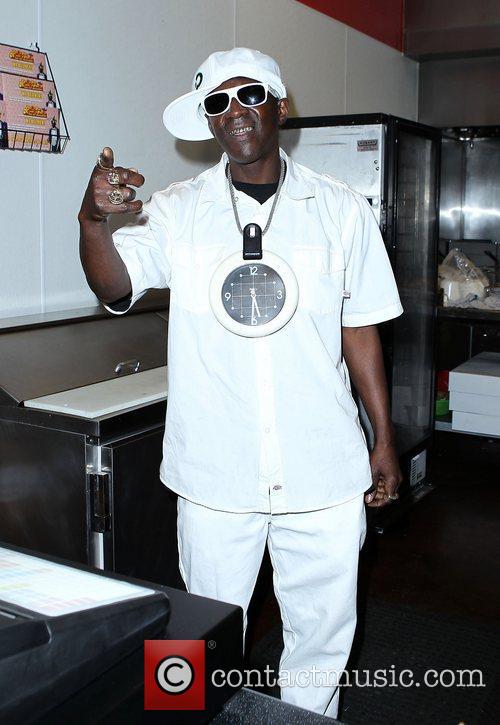