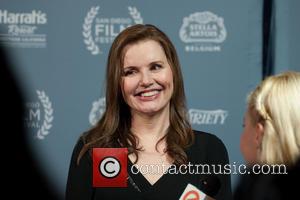 At 59, the actress is 15 years older than the former Mad Men star, who will appear as a hologram in Marjorie Prime.

The film chronicles a pensioner's relationship with the eerie re-creation of her husband. Lois Smith will play the elderly woman and Davis her daughter.

The film starts shooting in the Hamptons on 11 October (15), according to Page Six.