Jennifer Hudson (born 12.09.1981) Jennifer Hudson is an American Academy Award-winning actress and singer/songwriter who rose to prominence in 2004 after coming seventh on the third season of 'American Idol'.

Net Worth: According to Celebrity Net Worth in 2013, Jennifer Hudson has a net worth of 20 million USD.

Childhood: Jennifer Hudson was born in Chicago, Illinois to Darnell Donnerson and Samuel Simpson. Hudson studied at the Dunbar Vocational Career Academy as a child, graduating in 1999. Growing up, Hudson dabbled in the musical influences of Whitney Houston and Patti LaBelle, while practicing her singing by performing in community in her church choir and at a community theatre.

Career: Jennifer Hudson found her big break while performing aboard cruise ships for Disney Cruise Lines. This break came when the third season of American Idol came to Atlanta, Georgia, for auditions. Hudson auditioned, and made it into the contest where she was considered a "wild card". Hudson made her presence known with renditions of Elton John's 'Circle of Life' and 'I Have Nothing' by Whitney Houston, leading to her finishing the competition in seventh place. In November 2005, Hudson was cast in the film adaptation of the musical 'Dreamgirls', alongside Beyonce Knowles, Eddie Murphy and Jamie Foxx. Her performance earned her a Golden Globe award for 'Best Supporting Actress', before later winning an Academy Award as well. In November 2006, Hudson signed with Arista Records, releasing her debut single, 'Spotlight', on 10th June 2008. On 27th September 2008, Jennifer Hudson released her self-titled debut album, debuting at number two on Billboard's 200 list. In May 2008, Hudson made an appearance in the film adaptation of 'Sex and the City', as well as 'The Secret Life of Bees' in the same year. Hudson released her second studio album, 'I Remember Me', on 22nd March 2011. The album received glowing reviews from critics and it made its way to the number two spot on Billboard's 200 list. Hudson followed up the album with the release of 'JHUD' on 23rd September 2014. Her third studio album received moderate critical praise, but opened to the lowest sales of any of her albums by that point.

Personal Life: Jennifer Hudson started dating James Payton in 1999, while she was 18-years-old. The couple separated in 2007. After this, Hudson began dating David Otunga. Otunga proposed on her 27th birthday, and Hudson gave birth to their son, David Daniel Otunga Jr., in August 2009. In October, 2008, the mother and brother of Jennifer Hudson were found dead at her sister, Julia's home. Julia's seven-year-old son, Julian, was also reported missing. He was found dead in an abandoned car shortly after. Julia's estranged husband, William Balfour, was charged with the murder.

A film adaptation of 'Cats' shoots this Fall.

Finally, after 37 years, Andrew Lloyd Webber's beloved musical 'Cats' is getting a musical film, and the recently announced all-star cast is enough to get us very excited about it. The only thing that would make this better right now would be to learn that Lin-Manuel Miranda was joining - but there is hope yet. Ever since the 2014 revival, there has been renewed interest in this fascinating production and the movie version is almost guaranteed to be a hit. 'Cats' is set to start shooting in November this year with an experienced cast that really couldn't get much better.

Continue reading: Kelly Clarkson And Jennifer Hudson Returning To 'The Voice' For Season 15

Hudson has been personally chosen by Franklin herself.

Aretha Franklin is without a doubt one of the most iconic names from the world of soul, and with so many hit singles to her name, it was only a matter of time before a biopic came to the big screen. Many rumours have been circulating as to who might take on the lead role in the film, but it's now been announced that Franklin has personally chosen fellow singer Jennifer Hudson to portray her in the movie. Clive Davis revealed the news during his annual pre-Grammy party earlier this weekend, introducing Hudson onto the stage where she performed Franklin's 'Think'. Hudson is somebody who found her star power during a season of 'American Idol', placing third all the way back in 2004 and carving out a hugely popular career for herself. Currently, she serves as a judge and mentor on the British version of 'The Voice', and starred as Motormouth Maybelle in 'Hairspray Live!', showcasing her impressive vocal range and just how far she's come throughout the years.

By Holly Williams in Music / Festivals on 22 November 2017

They sing 'How Great Thou Art' for NBC's 'A Very Pentatonix Christmas'.

Jennifer Hudson joins a cappella group Pentatonix for a rendition of the traditional song 'How Great Thou Art' as part of their forthcoming NBC special 'A Very Pentatonix Christmas', which is named partly for their festive album of the same name out now as a deluxe edition.

Jennifer Hudson at the ITV gala

The 36-year-old singer appeared on the Texan group's re-release of their 2016 Platinum-certified number one 'A Pentatonix Christmas'. The deluxe version, which dropped in October, also includes other traditional songs - 'Deck The Halls' and 'Away In A Manger' - as well as 'Let It Snow! Let It Snow! Let It Snow!' and a second version of Leonard Cohen's 'Hallelujah' featuring The String Mob.

Hudson has parted ways with her fiance of nine years, David Otunga, and has obtained a protective order regarding their son.

Jennifer Hudson has split from her long-time fiancé David Otunga, also taking out a protective order against him regarding the custody of their eight year old son – which he announced his intention to fight.

A spokesperson for the 36 year old actress and singer told Us Weekly on Thursday (November 16th) that the two had ended their nearly ten-year relationship, and that the situation had been disintegrating for some time.

“They have been in the process of ending their relationship for a number of months,” the spokesperson said. “Today, Jennifer requested and received a protective order against her ex-fiancé. Jennifer’s actions are solely taken in the best interest of their son.” 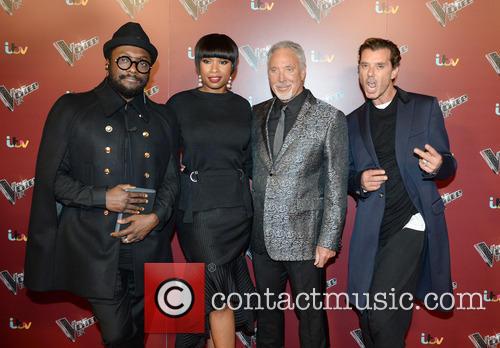 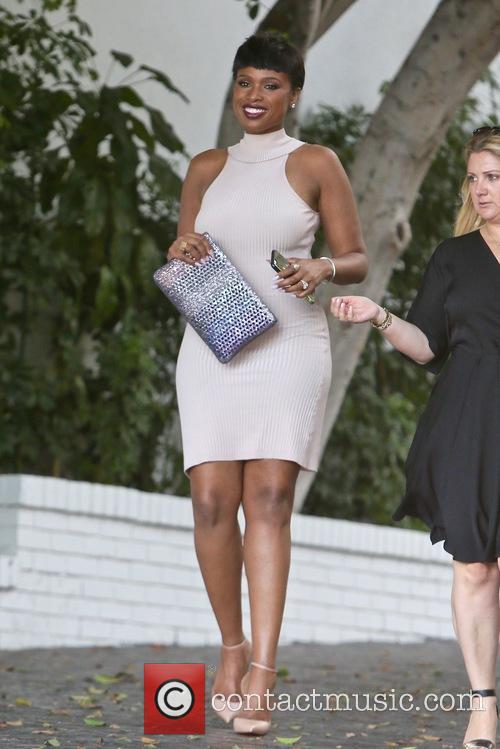 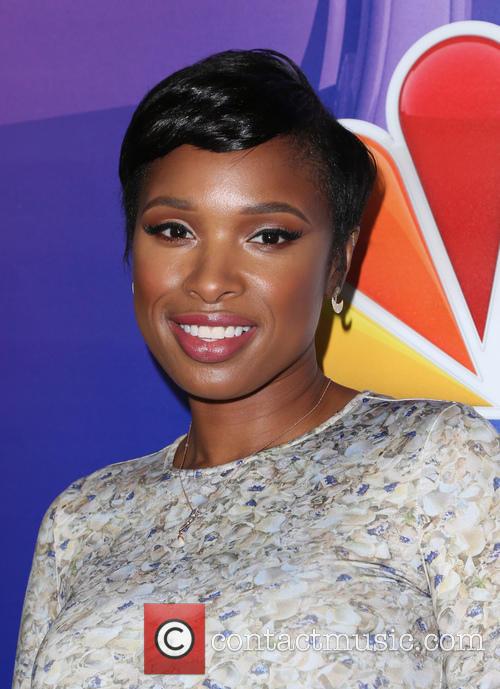 Jennifer Hudson has opened up about the murder of her mother, brother and nephew at the hands of her estranged brother-in-law in 2008.

There are some things we don’t like to talk about simply because they’re too painful and Jennifer Hudson certainly has a part of her life which she rarely discusses in public. Hudson, in a recent interview, opened up about the murders of her mother, brother and nephew. She also revealed how the birth of her son, a year after the 2008 murders, helped her get through her grief.

Jennifer Hudson at a New York and Soho Jeans launch event in July 2015.

Continue reading: Jennifer Hudson’s Son ‘Saved Her Life’ After The 2008 Murders Of Her Mother, Brother & Nephew Jennifer Hudson - A host of stars were snapped in the iHeart Radio Music Awards 2015 Press Room after the ceremony which was held at the Shrine Auditorium in Los Angeles, California, United States - Monday 30th March 2015 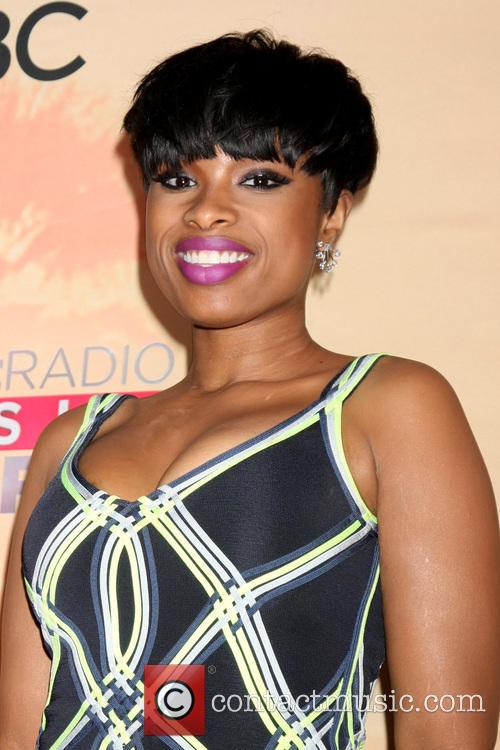 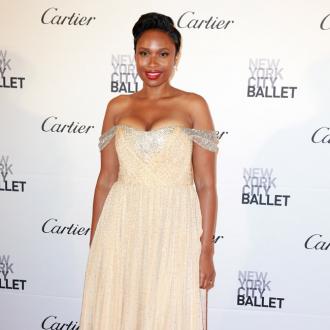 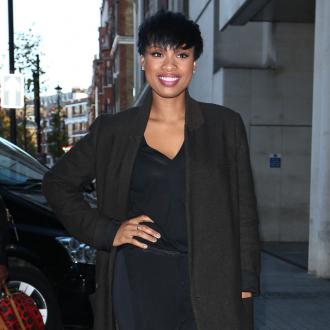 Jennifer Hudson In Talks To Portray Aretha Franklin In Biopic

Jennifer Hudson To Make Broadway Debut In 'The Color Purple'