Just What Is A 'Pre-nup'? - The Winners And Losers Of Celebrity Divorces 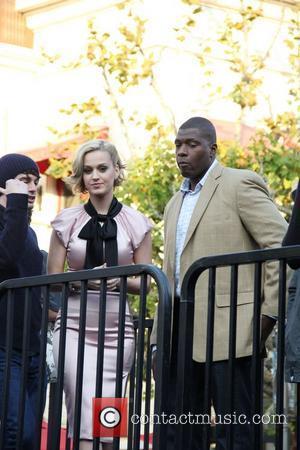 The 2011/12 Christmas and New Year period have been a busy time in the world of celebrity marriages. A string of high profile couples have been revealing news of their weddings and engagements over the past few weeks. The property tycoon Nick Candy proposed to his Australian pop starlet Holly Valance on holiday, with the words 'Marry Me' lit up in flames. Steven Tyler of Aerosmith furnished Erin Brady with an impressive diamond ring to kick-start their wedding plans and Matthew Mcconaughey treated fans to a picture of him and Camila Alves kissing by the Christmas tree shortly after he popped the question.

It's not all been about romance and diamond rings, though. The festive period is often a time that magnifies problems in a relationship and many couples crack under the extra strain. Perhaps the most high profile moment in the recent spate of public separations was Russell Brand's trip to a Los Angeles court house to file the divorce papers that would ultimately end his marriage to Katy Perry. The state of their relationship had been the subject of media speculation for some time and when they were pictured in separate countries, minus their wedding rings on Christmas Day - the rumour mill slowly ground to a satisfied halt. Though they separated back in September 2011, the actress Zooey Deschanel and Death Cab For Cutie singer Ben Gibbard made their split official when the New Girl star filed for divorce on the grounds of irreconcilable differences. Details of the divorce proceedings made their way into the hands of TMZ.com, detailing Deschanel's personal finances and prompting speculation over how the couple will split their fortunes - the actress is already worth at least $3 million. Celebrity divorces are nothing new but the notion of the 'pre-nup' (a contractual agreement made before the marriage, in the eventuality of a split) is something that is discussed more and more when those in the limelight decide to go their separate ways.

The exact content of a pre-nuptial agreement can vary widely from couple to couple and will depend on what each individual wishes to protect. Most commonly, though, they include advance decisions on the division of property and post-marital financial support for either partner. They may even include certain forfeits, should any adultery take place. People's views on pre-nups vary as widely as their content. Some argue that they counteract the very notion of marriage and undermine the vows that people adopt when they get married which, in many cases will include the terms "for richer, for poorer, in sickness and in health" and, crucially, "'til death do us part." Others, more pessimistically, insist that they are a crucial part of modern marriage. In 2009, there were 231,490 marriages but almost half as many divorces. To the realist with a view unclouded by romantic notions, it makes sense for couples to reach an agreement whilst they are still getting along, rather than trying to thrash things out under the bitterness of separation.

In the UK, pre-nups are not generally considered to be legally valid, though they are becoming more accepted. In the USA, they are more widely used and, among wealthy couples, they are almost expected. In order for them to be legally valid, however, both parties must be represented by a lawyer. One celebrity to fall foul of this rule, quite spectacularly, was the director Steven Spielberg when he split with his wife Amy Irving in 1989. The couple had been married for four years but it soon became apparent that the Et mastermind may have been better prepared for the split if he had written his pre-nuptial agreement on paper, in a lawyer's office, rather than on the back of a cocktail napkin. The outcome of this expensive lesson was that the judge dismissed the validity of the napkin and Spielberg had to hand over $100 million of his fortune.

In the state of California, where Russell Brand filed for divorce, a prenuptial agreement can override the state rules regarding the split of property and can limit spousal support. In Brand's case, the lack of a pre-nuptial agreement could land him with a huge share of his wife's fortune. Whether or not Brand will claim his share of Perry's assets remains to be seen but if he does, current speculations suggest that he could net around $20 million. Other 'winners' of the lack-of-pre-nup situation include Mel Gibson's ex wife, Robyn, who divorced her husband after 28 years of marriage. In a settlement that dwarfs the Brand / Perry proceedings, she was entitled to half of Gibson's $900 million fortune.

Some celebrities, it seems, aren't very good at learning from the mistakes of their expensive divorces. Paul McCartney's separation from Heather Mills was played out in the tabloids and their lack of a pre-marital arrangement meant that, at the end of their acrimonious split, MCCartney had to pay around $70,000 per year in childcare and education costs alone for their daughter. The former Beatles star recently married again, to NANCY SHEVELL No doubt wary of any ensuing 'gold-digger' accusations, Shevell offered to sign a pre-nup, but MCCartney refused, despite the financial cost of his last marriage.

Reese Witherspoon showed the same single-mindedness when she married Jim Toth. She chose not to sign an agreement, despite her previous husband being entitled to a hefty percentage of her wealth when they divorced. At the time that she split from RYAN PHILLIPE, she was earning a reported $20 million per film, whilst he was commanding just $2.5 million per movie himself.

Perhaps the biggest loser of the pre-nup situation, though not necessarily financially, is the basketball player Kris Humphries. When he married the reality TV star Kim Kardashian, the couple did sign a pre-nuptial agreement. When their marriage ended just 72 days after it had begun, the contract prevented him from speaking publicly about the marriage. No doubt feeling scarred by the very public saga, Humphries has reportedly called for the pre-nup to be dismissed so that he can let the public know his side of the story.

It is not thought that Deschanel and Gibbard had signed a prenuptial agreement. It looks likely then, that the fiscal details of their split - like Russell Brand and Katy Perry's - will remain under the media spotlight over the coming months. With the divorce statistics soaring it is sobering for the general public to get an insight into celebrity marriages. Despite their seemingly glittering, advantaged lifestyles, celebrities are just as susceptible to making hasty decisions that ultimately lead to heartbreak. Divorce and custody battles aren't just for the realm of the proletariat. Their marriages may start off with expensive dresses and extravagant, magazine-bound celebrations but when it goes wrong, they end up in the court house, just like everyone else.
Contactmusic
Facebook
Twitter
Google+
Pinterest
StumbleUpon
Reddit
Fark
Email
Comment
Follow Katy Perry