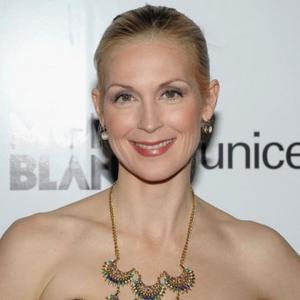 Kelly Rutherford is launching her own handbag range.

The 'Gossip Girl' actress - who plays stylish Lily van der Woodsen in the TV show - has created a five-piece line of "timeless and affordable" clutches and totes for shopping channel QVC.

She said: "I designed the bags for the chic working mom as well as the sophisticated urban girl on-the-go."

The 42-year-old star also believes the luxurious range would be appreciated by her TV Alter Ego.

She said: "Lily would own the bags in every colour. They are priced so well, why not? Plus, they go with everything."

It isn't the first time a member of the 'Gossip Girl' cast has lent their hand to selling accessories, with Blake Lively being announced as the new face of CHANEL earlier this month.

The 23-year-old actress is the official ambassador for the French fashion house's new Mademoiselle handbag line and will appear in a campaign photographed by Karl Lagerfeld.

Kelly's collection - which includes an evening Clutch and Satchel with prices ranging from $130 to $199 - will launch on QVC on February 25.