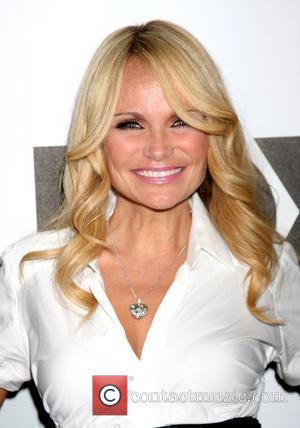 Actress Kristin Chenoweth is haunted by a chance meeting with a woman she's convinced is her birth mother - because she never discovered the female's true identity.
The petite star was adopted at birth and has never met her biological mother - a subject she reportedly broaches in her forthcoming memoir A Little Bit Wicked: Life, Love and Faith in Stages.
But according to the National Enquirer, Chenoweth believes the pair's lives crossed paths when a woman bearing her resemblance congratulated her at a beauty pageant during her youth.
A publishing insider tells the tabloid, "Kristin writes that a woman once showed up at a beauty pageant that Kristin won in Oklahoma and told her she'd been watching her career and how proud she was of her.
"The woman disappeared into the crowd, and Kristin's always wondered who she was because the woman was her mirror-image and was just as short."