Childhood: Lulu grew up in Dennistoun, Glasgow. Her father was a butcher and a heavy drinker and she has said that her parents used to argue a lot when she was a child and have physical fights. She attended Thomson Street Primary School and Onslow Drive Junior School. She began singing at a very young age and even had a manager by the age of 12 or 13 who had her appear with a band called Bellrocks every Saturday night.

Musical career: Lulu signed to Decca Records when she was 15 under the management of Marion Massey. Her debut single in 1964 was a cover of the The Isley Brothers' 'Shout' with backing group The Luvvers and reached UK charts. In 1966, she toured Poland with The Hollies and she recorded tracks 'Wenn du da bist' and 'So fing es an' for the German Decca label. She signed with Columbia to launch a solo career and hit UK charts again with 'The Boat That I Row' in 1967. In 1969, she performed her song 'Boom Bang-a-Bang' on the Eurovision Song Contest and subsequently won.

The song reached number two on the UK chart. In the same year she released her album 'New Routes' on Atlantic's Atco label. In 1970, she released album 'Melody Fair' with single 'Oh Me Oh My (I'm a Fool for You Baby)' which was later covered by Aretha Franklin. In 1974, she recorded the theme song for James Bond movie 'The Man with the Golden Gun'. She also covered David Bowie's 'The Man Who Sold the World' which hit the UK chart at number 3. In 1981, she made a US chart return with 'I Could Never Miss You (More Than I Do)'.

The following year she was nominated for a Grammy for her song 'Who's Foolin' Who'. Lulu has had hits on various labels including Decca, Columbia, Atco, Polydor, Chelsea, Alfa, Jive, Dome, RCA, Mercury and Universal. She has been associated with GTO, Atlantic, Globe, EMI, Concept, Lifestyle, Utopia, Rocket and Epic. In 1993, she released her album 'Independence' and all four singles from the record became UK chart hits. In the same year she featured on Take That's cover of 'Relight My Fire' which reached number one and she subsequently embarked on their 1994 tour with them.

In 2002, she released her gold certified album 'Together' which included duets with Elton John and Paul McCartney. In 2004, she released album 'Back on Track' followed by a 40th anniversary UK tour. In 2007, she released a 2 CD set of Atco recordings from 1969 to 1972 featuring some previously unreleased material. In 2009, she announced that she would be touring with Chaka Khan and Anastacia in a UK tour entitled 'Here Come the Girls'.

Other Career ventures: Lulu released her autobiography 'I Don't Want To Fight' in 2002. In 1967, she appeared in her first movie 'To Sir, with Love' and also sung the title song which reached number one in US. In 1968, she landed her own show which was titled 'Lulu's Back In Town', 'Happening For Lulu', 'Lulu' and 'It's Lulu'. Jimi Hendrix made a famous appearance in one episode by starting to play 'Sunshine of Your Love' despite it not being arranged. He continued playing even when the studio director signalled him to leave the stage.

In 1975, she hosted the BBC's 'A Song for Europe' which sought the next artist to appear on the Eurovision Song Contest. In 1972, she appeared in the pantomime Peter Pan at the Palace Theatre in Manchester and the following year made an appearance on the Morecambe and Wise Show. In the 80s she had a long running show on Capital Radio station and she also appeared in Andrew Lloyd Webber's Song and Dance and the Royal National Theatre's Guys and Dolls.

The show subsequently left her with damaged vocal chords that required surgery. In 1987, she played Adrian Mole's mother. During the 90s she made two appearances on the French and Saunders comedy show 'Absolutely Fabulous' as herself. She later reprised the role in the 2012 return. She appeared in 'Whatever Happened to Harold Smith?' with Stephen Fry as well as reality show 'Just the Two of Us' as a judge. She became a mentor for season 6 of 'American Idol' in 2007. In 2010, she hosted the TV series 'Rewind the 60s'. In 2011, she competed on 'Strictly Come Dancing' with dance partner Brendan Cole.

Personal life: In 1967 she had a brief romance with Davy Jones of The Monkees which she later described as 'innocent'. In 1969 she married Maurice Gibb of the Bee Gees but divorced in 1973 due to career commitments and his heavy drinking. In 1974, she had a brief affair with David Bowie after covering two of his hits. In the 70s, Lulu developed an interest in Siddha Yoga. In 1977, she married hairdresser John Frieda and had one son, Jordan, before divorcing in 1991.

In 1979 she nearly died in a car accident that hospitalised her for a week. Her mother died of cancer leaving her father behind who then passed away in 1998. By 2000 she had changed her name to Lulu Kennedy-Cairns - her late mother's maiden name and she was then honoured with an OBE. Lulu supported Margaret Thatcher during her elections.

By Stephanie Chase in Music / Festivals on 13 February 2017

But what about Jack White and Alicia Keys?

Lulu has admitted that her 1974 theme for James Bond movie The Man With The Golden Gun was one of the worst ever, but she’s in good company.

The 68-year-old singer said that while her theme was one of the worst recorded for the film series, Madonna’s 2002 offering ‘Die Another Day’ was equally awful. Lulu says that she and Madonna recorded the worst Bond themes 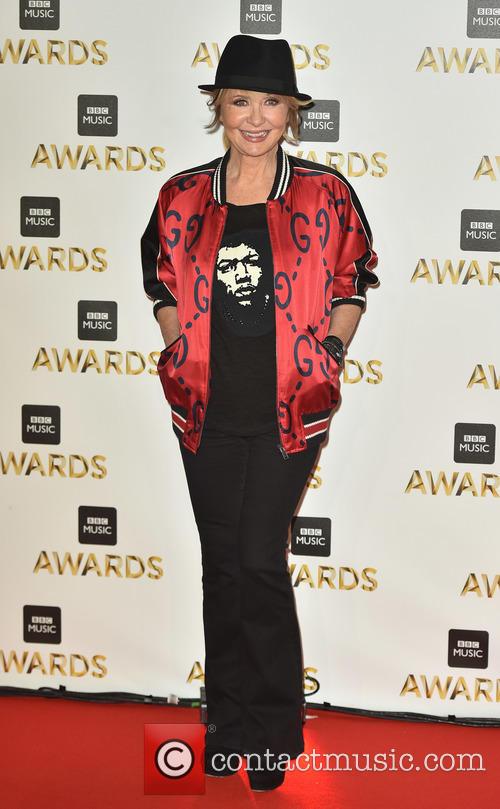 Lulu and various other musicians perform a charity music tribute to the late Cream bassist Jack Bruce held at the Shepherd's Bush Empire on the second anniversary of his death. London, United Kingdom - Tuesday 25th October 2016 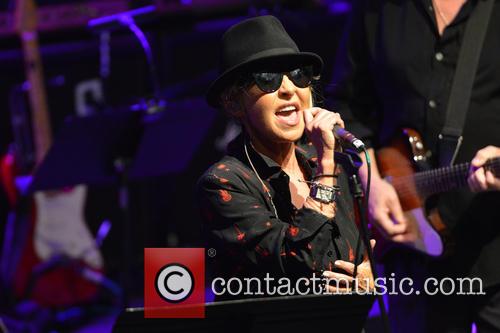 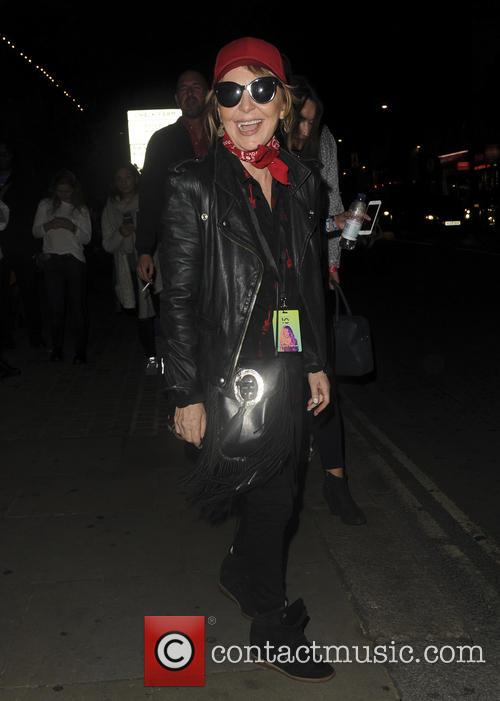 By Holly Williams in Music / Festivals on 25 January 2016

She's making her own tribute in the form of nostalgia.

Scottish star Lulu is set to mark her own tribute to David Bowie with a rendition of 'The Man Who Sold The World' during her UK Spring 2016 tour. The 'Shout' hitmaker became hugely popular for her cover version of the track back in 1974, so it's only appropriate that she revisit it more than 40 years later. Lulu to pay tribute to her once-collaborator David Bowie

Bowie originally produced the cover track, which he released himself as a single in 1970, alongside his faithful production partner Mick Ronson and subsequently took Lulu back towards the top of the charts at number three for the first time since 1969's 'Boom Bang-a-Bang'.

Continue reading: Lulu To Honour David Bowie On Tour With 'The Man Who Sold The World'

Shots of Scottish singer Lulu as she performed live on stage at the Philharmonic Hall in Liverpool, United Kingdom - Monday 11th May 2015 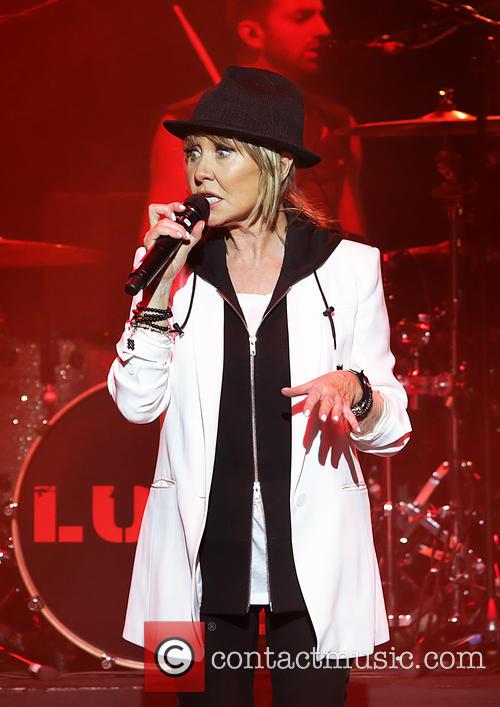 There's a new award in town, one that honours those musicians who have made the greatest, most lasting contribution to music in the modern era; the Brits Icon Award. The first ever Icon to be handed out was done so during a spectacular and star-studded show at London's Palladium Theatre, during which the first honouree of the coveted award played a hit-filled set to his adoring peers. That person; Sir Elton John. Sir Elton became the first honouree of the new award

The gala concert, his first since undergoing surgery for appendicitis earlier this year, saw Elton presented the award by his friend Rod Stewart in front of a celebrity-filled audience that also included Liz Hurley, Lulu, former-President Bill Clinton, Ringo Starr, Gary Barlow and many more. The singing icon received a standing ovation as he took to the stage to collect his award, having been introduced by Stewart, who cheekily referred to the man of the hour as "the second-best rock singer ever." 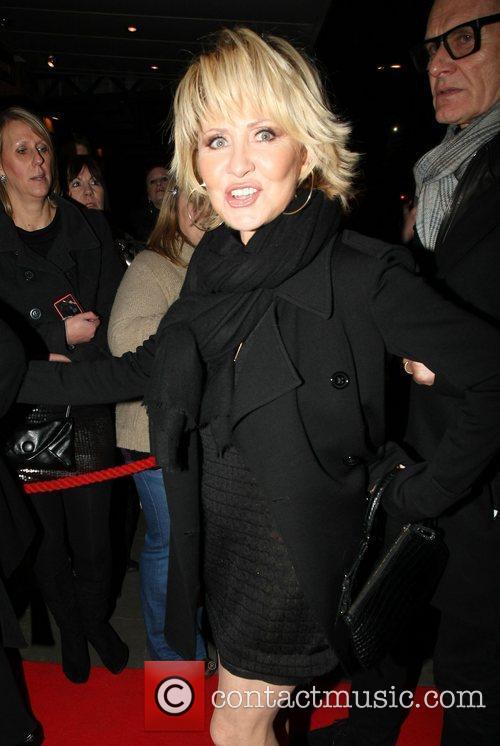 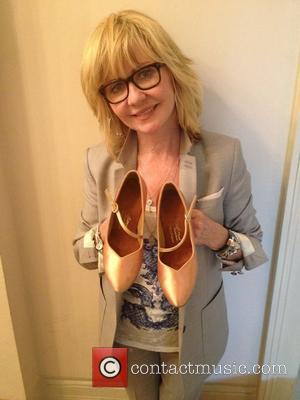 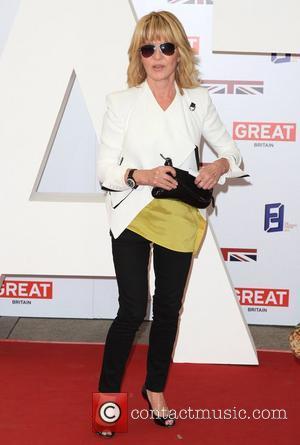 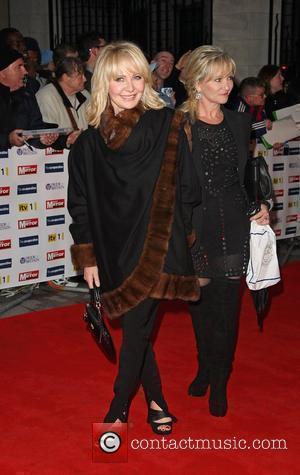 Lulu Loves Being A Grandmother