Fact: Michael Eavis, the founder of iconic U.K. music festival Glastonbury, has a train named in his honour. Bosses at British rail company First Great Western have named an engine after Eavis and placed the festival's logo on the front of the high-speed vehicle. Eavis will appear at London's Paddington Station for an unveiling ceremony on Thursday (23Apr15).

Quote: "We've got three headliners already - and that's without Prince. An agent watching Metallica with me... said, 'My band want to do it next year'." Glastonbury Festival organiser Michael Eavis has already picked out three headliners for the 2015 event.

Fact: Actor Samuel West, actress Saffron Burrows and Glastonbury festival founder Michael Eavis were among the mourners at the funeral of British politician Tony Benn in London on Thursday (27Mar14). Benn died at the age of 88 on 14 March (14).

Fact: Glastonbury boss Michael Eavis is set to be honoured with a lifetime achievement award. The 76-year-old festival founder will accept the Lifetime Achievement trophy at the European Festival Awards in the Netherlands next month (Jan12).

Quote: "Beyonce is a brilliant performer and Jay Z will be with her so who knows if he will make an appearance? It was such a special year when he performed in 2008. We had fantastic reviews because of him." Glastonbury organiser Michael Eavis is hopeful that the Crazy In Love hitmaker will duet with her hip-hop husband as she takes to the stage at the English festival on Sunday night (26Jun11).

Quote: "U2 are excited, especially after they couldn't come last year. I first tried to book them 35 years ago. They are bringing their own stage with them. We're having to put a lot of stuff in for them but we're so happy to have them." U2 are looking forward to headlining Britain's Glastonbury Festival this weekend (24-26Jun11) after they forced to drop out of the event last year (10), according to founder Michael Eavis.

Fact: Michael Eavis, the founder of Britain's Glastonbury Festival, will receive the Midem Green World Award in January (09), for his commitment to environmental issues.

Fact: Superstar rapper JAY-Z has been unveiled as the mystery American headliner of this year's (08) Glastonbury Festival. The 99 Problems hitmaker was confirmed as the surprise act for the British music event on Friday (01Feb08) by organiser Michael Eavis after weeks of speculation.

Fact: Glastonbury organiser Michael Eavis has confirmed The Who are to perform at this year (07)'s Glastonbury festival. Other acts set to appear at the English musical extravaganza include Bjork, Arctic Monkeys and Arcade Fire.

Fact: <p>Glastonbury Festival mastermind Michael Eavis is to be made a master of Arts by The University of Bristol, England. </p> 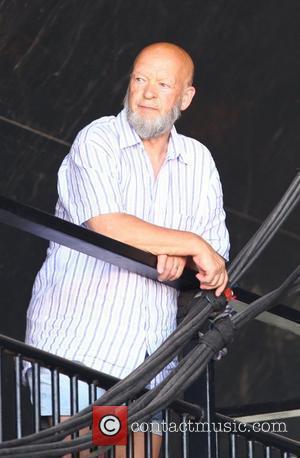