Mila Kunis confirms she and Ashton Kutcher are married

Mila Kunis has confirmed she and Ashton Kutcher are married by referring to him as her ''husband'' numerous times during a recent interview. 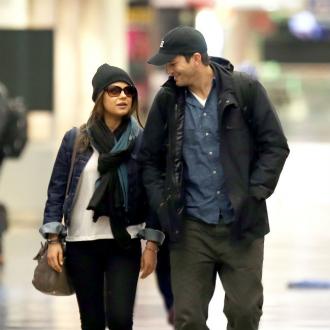 Mila Kunis has confirmed she and Ashton Kutcher are married.

The 'Friends with Benefits' actress referred to her former 'That 70s Show' co-star - who she has nine-month-old daughter Wyatt with - as her ''husband'' numerous times in a recent interview.

Speaking about their love of travelling to the Daily Telegraph newspaper, the 31-year-old star said: ''My husband and I always backpack through Europe.

''We were in Belgium recently, and we thought, 'Let's go straight to the airport and get on a flight to Spain'. We can just pick up and go.''

Mila's comments come after it was reported she and Ashton - who she began dating in 2013 despite first meeting over 15 years ago - had tied the knot last weekend.

However, it was later claimed the couple became man and wife a few months ago but chose to celebrate their union with family and friends at the Secret Garden at Parrish Ranch in Oak Glen, California on Independence Day (04.07.15).

Ashton first hinted he and Mila had tied the knot in January when he posted a message on his Facebook page which featured the words, 'Happy New Year Love The Kutchers'.

And the brunette beauty fuelled speculation further when she appeared on 'The Late Late Show with James Corden' wearing a wedding ring in March.