Nicolas Cage And Mickey Rourke To Star In Expendables 3

Nicolas Cage and Mickey Rourke will star in 'Expendables 3', and producer Avi Lerner confirmed he is keen to add Wesley Snipes to the cast of the movie ''when he comes back from prison''. 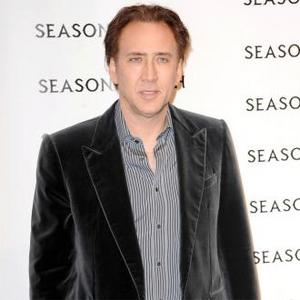 Nicolas Cage and Mickey Rourke will star in 'Expendables 3'.

Producer Avi Lerner confirmed the 'Face/Off' actor has joined the third instalment of the action movie franchise - which stars Sylvester Stallone, Bruce Willis and Arnold Schwarzenegger - and Mickey, who starred in 2010's 'The Expendables', will also looks set to reprise his role of mission coordinator Tool.

He said: ''We've got Nicolas Cage to play [one of the characters]. And we're going to bring Mickey Rourke back, if he won't be too crazy. I like Mickey. And of course, all the existing stars [will return].''

The production team are keen to give 'Blade' actor Wesley Snipes his debut in the franchise - which also stars Dolph Lundgren, Jet Li and Randy Couture - when he gets out of jail after serving a three-year prison sentence for tax evasion, which he started in December 2010.

Avi added to Total Film: ''[We want] Wesley Snipes when he comes back from prison.''

Legendary movie stars Clint Eastwood and Harrison Ford are also in negotiations to appear in the third movie, but the producer admits he isn't sure whether Steven Seagal will be part of the star-studded cast.

Speaking at the UK premiere of 'The Expendables 2' in London last night (13.08.12), Avi told BANG Showbiz: ''I have started to speak to Clint Eastwood and Harrison Ford. I'm not sure about Steven Seagal, we'll see.''