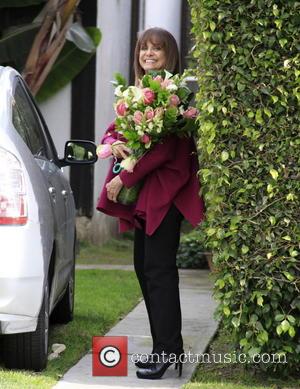 Picture: Valerie Harper - Veteran TV actress Valerie Harper who has recently been diagnosed with terminal brain cancer arrives at her home in her Prius car...

Actress Valerie Harper is "close to remission" in her battle with leptomeningeal carcinomatosis, according to her amazed doctors.

In March (13), the Mary Tyler Moore Show star revealed she had been diagnosed with leptomeningeal carcinomatosis, a rare condition in which cancer cells spread into the membranes surrounding the brain, and only had three to six months to live.

But she has been handed a lifeline and medical experts have confirmed her health U-turn has "defied the odds".

Harper began treatment that included chemotherapy and acupuncture, and, in June (13), she learned her condition had drastically improved and medics told her she was close to remission.

The upbeat actress accepts the situation could change at any time, but, for now, she is staying positive.

She says, "Spontaneous remission lives as a possibility. I mean it, it's there and I go, 'Ok'. I think infinite possibility is beautiful in every area. A lot of stuff that looks impossible is not and everyday there's evidence of it."

In an upcoming Tv special chronicling the actress' health battle, her neuro-oncologist Dr. Jeremy Rudnick insists Harper is far from clear of cancer - but confirms her life expectancy has been extended.

Harper, who turned 74 last week (22Aug13), is celebrating the good news by returning to Tv - on Wednesday (28Aug13), it was reported she would be joining the cast of U.S. competition show Dancing with the Stars as a contestant, and U.S. newswoman Meredith Vieira Tv special on the actress is set to air on 19 September (13).