A sculpture of Prince Philip is one of the pieces at the Heads at the Tower A Retrospective exhibition by Royal sculptor Frances Segelman. The collection of work is on display at the Tower of London in aid of the Stroke Association. - London, United Kingdom - Tuesday 25th October 2016 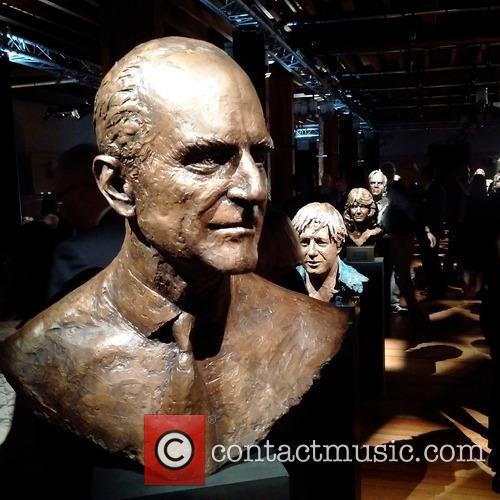 Allen supported the Remain campaign but has hit out at Cameron for stepping down after the referendum result and not invoking Article 50.

Singer Lily Allen has hit out at David Cameron on Twitter for stepping down as Prime Minister after the EU referendum result. Allen, who previously voiced her support for the Remain campaign, has said that following Thursday’s vote she is now ‘Brexit’, as that’s what the majority voted for. Lily Allen has been voicing her views on Brexit and David Cameron.

On Saturday the singer tweeted: “I can't actually see any individual being brave enough to trigger article 50. It's career suicide.” Allen then explained she now supported Brexit because it’s what democracy had voted for and not because she’d done a political ‘u-turn’, as some accused her of.

The British comedian gave his thoughts on Brexit during an angry 10 minute on HBO’s ‘Last Week Tonight’.

British comedian John Oliver gave his thoughts on Britain's decision to leave the European Union last week, in an explicit rant on his HBO show ‘Last Week Tonight’. In his speech Oliver called out both David Cameron and Boris Johnson, while warning US viewers, “there are no f***ing do-overs.” John Oliver has given a damming critique of the EU referendum result.

"Let us begin straight away with The United Kingdom, a place whose very name, after this week's events, is beginning to sound a bit sarcastic,” Oliver began. “Because the UK this week voted to leave the European Union, a decision that has shaken the world.

Anna Kennedy OBE , Boris Johnson - Garage owner Tom is keen to support those with aspergers and or Autism by giving them aprentiships. Patrick who has Apergers has thrived and learnt a lot about cars since garage owner Tom has been training him at Unit 4, Horton Close, West Drayton, UB7 8EB - London, United Kingdom - Friday 30th October 2015 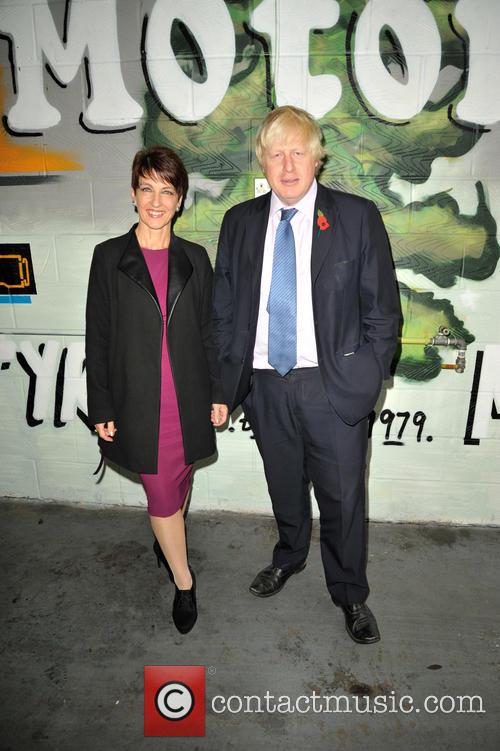 Want To See The NYE Fireworks In London? That'll Be A Tenner, Please

Want to see the fireworks this year? Boris has some news for you.

In scenes that will almost certainly encourage thrifty Britons to stand just outside the barriers and bask in the freeness of it all, this year's New Year's Eve fireworks in London will come with a ticket price of £10. Numbers are also being slashed for the event on the Thames, from 500,000 to just 100,000. Boris Johnson is charging you a tenner!

The event has previously been free, though a lack of space and strain on transport means it is no longer manageable.

Continue reading: Want To See The NYE Fireworks In London? That'll Be A Tenner, Please

George Clooney Versus Boris Johnson, On The Elgin Marbles

George Clooney has ramped up The Monuments Men promotion with a suggestion that Britain should return the Elgin marbles to Athens.

Boris Johnson has taken umbrage with George Clooney's suggestion that the 2,500-year-old Elgin marbles should be returned to Athens. It's a perfectly reasonable comment to make, given the sculptures were removed from the Parthenon 200 years ago and now reside in the British Museum.

George Clooney in 'The Monuments Men'

Clooney made the remarks during the UK promotion of his new movie The Monuments Men, which focuses on the rescuing of classic artworks stolen by the Nazis during World War II. At a press conference in London, the award-winning filmmaker said returning the marbles to Athens is "probably the right to do" and he was supported by actors Matt Damon and Bill Murray. 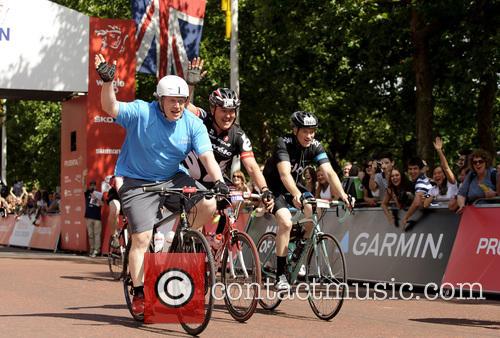 No giggling now! A gigantic blue cockerel sculpture has been revealed as the new artwork for Trafalgar Square's fourth plinth.

Symbolising regeneration and strength (somehow), the 5 metre tall, bright blue sculpture was unveiled to be on display for 18 months, taking over from the 4 metre bronze sculpture of a boy on a rocking horse that had stood on the famous square's plinth since February 2012.

As usual, Boris Johnson was on hand to crack some jokes, with the mayor of London vowing to try to avoid any double entendres when talking about the sculpture: "It is a ginormous blue Hahn Cock, as it's called," he informed BBC London. He also joked about Prime Minister David Cameron's efforts to block internet pornography: "I think if you tried to Google it in the future, the Prime Minister would stop you from finding it."

Schoolchildren from across London gathered in the City Hall on Friday (May 24) for mayor Boris Johnson's Leadership Clubs programme - which offer extra-curricular activities for 10 to 14-year-olds - only to be treated to an appearance from none other than Hollywood star Will Smith! Will wasn't alone though as he brought his son Jaden along with him to talk with the kids about staying out of trouble, supporting the arts and their new film After Earth.

As is the norm, Bozza decided to make a fool of himself when he revealed to the Smiths that he had written his own rap song, telling them that he had written a rap for the Queen's jubilee. He said: "My first rap, I haven’t really set it to music yet. Perhaps with your help. It was about the Queen’s Jubilee," to which Will jokingly replied: "That [the jubilee] was big in the hip-hop community."

The Mayor of London then took a backseat as Will and Jaden spoke too and entertained the audience, with Jaden busting a few shapes and discussing his main influences to the audience - with rapper Kanye West and William Shakespeare being name checked by the 14-year-old. He also discussed the perks of working with his father, telling the audience, "if you ever need anything on set, you can just walk over and ask him [Will]. He's like a walking dictionary. Any time I'm lost or anything, I can just ask him."

Anyone Want To See Pippa Middleton And Boris Johnson Play Table Tennis? Anyone?

Boris Johnson has accepted Pippa Middleton's challenge to a game of "whiff whaff".

And so it appears to have come to this. Pippa Middleton, a woman famous for being the sister of a Duchess and offering cooking tips to Waitrose customers, has challenged Boris Johnson - somehow one of the foremost politicians in Britain - to a game of table tennis, or "whiff whaff," as she puts it.

Middleton makes the challenge to the Mayor of London in her 'Alpine Notebook' for the new Spectator, saying, "Back home in London after my Alpine challenges, I can now pursue less demanding hobbies in my spare time, such as ping-pong. I'm informed that Boris Johnson, former editor of this magazine, wants to be "whiff-whaff" world king even more than he wants to be Prime Minister." She adds, "I'm also told the Johnsons are almost as competitive as the Middletons. So I'd like to lay down a challenge to the Mayor. My only stipulation is that I can use my favourite Dunlop Blackstorm Nemesis bat, which I used when I played in the Milton Keynes U13 National Championships, don't you know. Bring it on, Boris."

For what it's worth, Boris took to Twitter to accept the challenge, declaring, "I'm game if she is. Happy for Pippa to join me on a visit and see the benefits of our £22m Sports Legacy Fund in action." Johnson is apparently quite the table tennis player and had a table bought for the garden of the Spectator offices after he became editor of the magazine in 1999.

The world’s biggest live music promoter, Live Nation, has sealed a deal with the London Legacy Development Corporation, to stage a series of festivals and concerts at the Olympic Park in Stratford.

After the success of last year’s London 2012 Olympics, there has been much talk of the legacy of the Olympics and the use of the purpose-built venues, now that the glory of the event has died down. The Telegraph have reported that Live Nation will be using the Queen Elizabeth Olympic Park to host this year’s Wireless Festival as well as the Hard Rock Calling event. In addition to these, at least two “celebratory events” will also be held to mark the first anniversary of the games.

Though the musical acts have not been announced for these events, London Mayor Boris Johnson is nonetheless excited about the proposed deal. “Our vision for the Queen Elizabeth Olympic Park has always been as a destination for world class sport as well as major cultural and leisure events,” said the Mayor. "The confidence shown by one of the world's leading live entertainment promoters to relocate two of its biggest music festivals from the centre of the capital is a ringing endorsement of our legacy plans.” 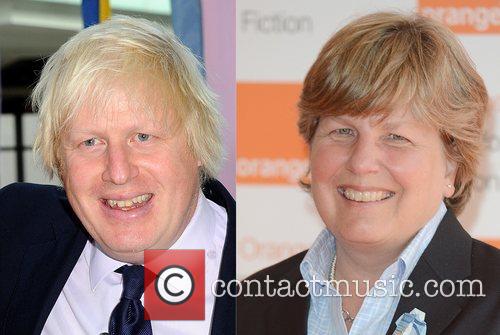 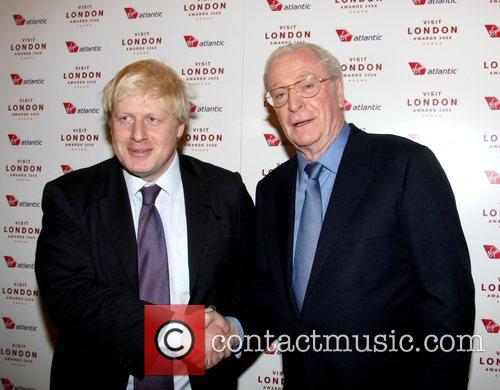