For the second year in the row the Oscars has been criticised for ignoring non-white performers, so is it time for a boycott?

Actress Jada Pinkett-Smith has raised the question of whether or not people of colour should boycott The Oscars after this year’s nominations once again failed to recognise non-white actors and directors. When the nominations were announced on Thursday the hashtag #Oscarssowhite immediately began trending with the Academy being accused of ignoring non-white performers in the major categories. Jada Pinkett-Smith has asked whether this year’s ‘so white’ Oscars should be boycotted.

‘At the Oscars...people of color are always welcomed to give out awards...even entertain,’ Pinkett-Smith tweeted. ‘But we are rarely recognized for our artistic accomplishments. Should people of color refrain from participating all together? People can only treat us in the way in which we allow. With much respect in the midst of deep disappointment.’

Continue reading: Jada Pinkett-Smith Asks If People Of Colour Should Boycott The 'So White' Oscars So THAT's Why Sacha Baron Cohen Was Kicked Out Of Wembley

Sacha Baron Cohen is acquiring quite the cast for his quirky sounding football hooligan comedy 'Grimsby', with Johnny Vegas, Ian McShane, Homeland star David Harewood and Oscar-nominated Gabourey Sidibe all signing on the dotted line. We already know that Mark Strong is heading up the cast, playing a spy who's forced to team up with his football hooligan brother - played by Cohen - after going on the run.

Sacha Baron Cohen at a BAFTAs event in Grimsby

Cohen has been spotted in a Grimsby Town shirt at a game last year and has been shooting scenes at Southend United's Roots Hall. He was also thrown out of Wembley Stadium for hooliganism during England's 3-0 victory over Peru.

Continue reading: So THAT's Why Sacha Baron Cohen Was Kicked Out Of Wembley 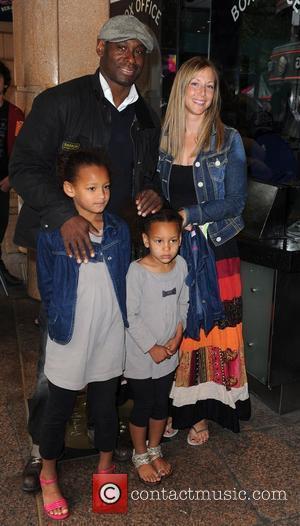