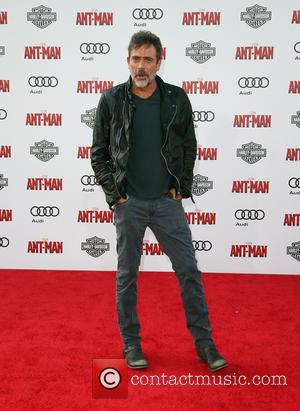 The Watchmen star will reportedly make his debut as the killer character in the season six finale, which is due to air in the U.S. in the spring (16).

In the Robert Kirkman comic series, on which the hit zombie show is based, Negan serves as the leader of The Saviors - a group which forces its way into other communities and takes control using violence.

According to The Hollywood Reporter, Morgan beat the likes of Timothy Olyphant and Matt Dillon to score the tough role, which will make him a series regular for season seven, joining Andrew Lincoln, Norman Reedus and Danai Gurira.

Production on the season six finale is expected to begin in Atlanta, Georgia later this week (ends13Nov15).

It's not the first comic book character Morgan has played onscreen - he also suited up as aging vigilante Comedian in 2009's Watchmen.

Jeffrey Dean Morgan Reflects On "Ahead Of Its Time" 'Watchmen' Movie

Jeffrey Dean Morgan Not Happy With His Levon Helm Tribute