Let's get this out of the way straight out of the gate: People, Hell & Angels is by no means essential Hendrix, neither is it a cynical cash in. It's certainly one of the better posthumous releases to bear Jimi's name, but, ultimately, it is little more than a curio. While the seeds of the planned double album follow up to Electric Ladyland can undoubtedly be found here; as an album in its own right, People, Hell & Angels was always going to struggle to not be a patchwork of half finished ideas. 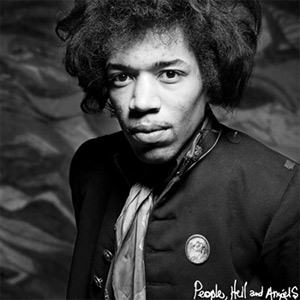 The biggest consideration should actually be that Hendrix didn't intend for these 12 recordings to be heard. That's probably part of the reason as to why he owned the master recordings in an effort to develop the material without pressure from record company bosses to meet a deadline. While the utmost care and attention has been put into polishing these songs for release - and the sound quality is surprisingly good - this isn't the powerhouse Hendrix that you'd be expecting. Instead, co-producer Eddie Kramer has admirably rescued a number of songs and jams complete with mostly finished vocal performances that demonstrate a more relaxed blues style than much of Jimi's other work.

The two-standout tracks are opener 'Earth Blues' and 'Izabella'. The former is a funky and seemingly almost finished composition that has echoes of 'Crosstown Traffic' in its lead guitar performance. The latter is a markedly different take on a previously issued song that would have been central to Hendrix's next album (he'd already earmarked the lyric "here come the rays of the rising sun" as the inspiration for the title of that record). Lead single 'Somewhere' is also notable for its impressive and signature guitar solos, but it rarely elevates itself to the quite the crescendo that you'd hope for.

The new Jimi Hendrix album 'People, Hell and Angels' has been received positively by critics, despite initial hesitations over how 'new' it is.

While some cynics are whining about the ironic lack of newness to Jimi Hendrix 'new' album People, Hell and Angels, many seem to be missing the truly extraordinary feat that the iconic guitarist has achieved: such immense popularity 40 years after his death that people still want and are excited about new music to come from him. Though cynics may whine about that they certainly aren't under any illusions of the transcendent skill and quality in Jimi Hendrix's music, and reviews so far have been enormously positive. New Jimi Hendrix releases haven't exactly been hard to come by since he passed away in 1970, but still, that doesn't mean we don't all jump for joy (literally in some cases) when word is given that a new release from the guitar-God is set to surface.

'Somewhere' is the latest song to emerge from the previously unreleased catalogue which every so often gives us a glimpse at what could have been had Jimi not passed four decades ago, with the tracking making it's way online. However, 'Somewhere' isn't the only 'new' release we can expect from Hendrix, as there will be a whole treasure trove of musical goodies unloaded to the listening public in the not-so-distant future.

12 songs that have yet to enter the public conscious will be unleashed on March 5th, with recordings from 1968 and 1969 being made available in the upcoming album People, Hell and Angels, also being released on March 5th. The new tracks are said to take on a more experimental agenda than his previous three albums, and on the track 'Somewhere' Hendrix brought in the talents of Buddy Miles on drums and Stephen Stills on bass to reach this desired, new sound. Continue reading: Happy 70th Birthday, Jimi Hendrix! Is It Too Late To Become A Hendrix Fan?

Rejected By Decca - The Beatles' Original Audition Tape Up For Auction

On New Year’s Day, 1962, The Beatles travelled from Liverpool to London to record up to 15 songs at Decca’s label, for the label’s senior A&R guy, Dick Rowe, to consider with a view to possibly signing the band. Ten of those songs are included on an original master tape that will be put up for auction on November 27 2012. Dick Rowe became known as the man that turned down The Beatles.

Reuters report that the tape is expected to fetch around £18 – 20,000 ($29,000 – 32,000). The likelihood of the content of the tape receiving a commercial release, however, would be slim, as The Beatles own the copyright through their own company. The tape is marked up as ‘The Silver Beatles,’ which is the name briefly used by the group before they found fame. It comes accompanied with a handwritten track list, as well as a black and white photograph of the band posing in their leather jackets. The image would most likely have been used as the record sleeve image.

Ted Owen of The Fame Bureau auction house, specialising in music memorabilia told Reuters “the most important thing about this is the quality. There are bootlegs out there, horrible bootlegs – some are at the wrong speed, others are crackly and taken from a cassette off an acetate. This quality we have never heard.” Also on sale at the auction is a black Fender Stratocaster played by Jimi Hendrix at his legendary Monterey Festival set in 1967. Dick Rowe for the record, managed to save his reputation, at least, by signing The Rolling Stones.

On March 5, 2013, a new Jimi Hendrix album will be released. The album, entitled People, Hell and Angels, is a collection of twelve previously unreleased tracks, from the man who revolutionised guitar music in the late 60’s. The tracks are characterised by an experimental feel; Jimi worked on the tracks away from his band, The Jimi Hendrix Experience.

According to Rolling Stone, Hendrix was considering using some of the recordings for his album First Rays of the New Rising Sun, which was a double album planned for release after Electric Ladyland. In the recordings, he plays with horns, keyboards and percussion, veering away from his usual guitar work. Rolling Stone also published the album’s artwork; a simple black and white photograph of Hendrix, against a rippled background. He’s dressed in a military jacket and wearing a silk scarf, looking straight down the camera lens.

The release of the new material will cause great excitement amongst Hendrix fans. On Twitter, one user (@paperghost) decided to express his response upon hearing the news in a slightly ambiguous manner, though, saying “A new Hendrix album? Scuse me, while I milk this guy.” A criticism of the album’s existence? Or just a witty play on Hendrix lyrics? Either way, we think it’s pretty funny.

By Jim Pusey in Music Reviews on 12 September 2011

While the lucrative business of posthumous Jimi Hendrix releases will no doubt continue for some time, the new Winterland box set does stand as a fitting tribute to quite possibly the greatest guitarist of his generation. Spread across four discs, this is an extensive look at the 6 performances that Jimi and his band undertook at San Francisco's Winterland Ballroom in October 1968. Although the best of this material was released in 1987 as a single disc compilation, a more complete and interesting picture is presented with this new set. 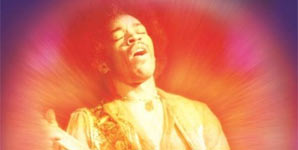 By Andrew Lockwood in Music Reviews on 12 April 2010

The greatest guitarist ever? A true pioneer, innovator and creative genius? Undeniably a Rock-God. James, 'Jimi', Marshall Hendrix has left an enduring legacy. His technique, experimentation and individuality still have few equals today. His influence may have been even greater than his output, and when you look at his 'classic' back catalogue that is a remarkable achievement.

To base an album around some new, never previously released, recently discovered material sounds in theory to be a great idea. 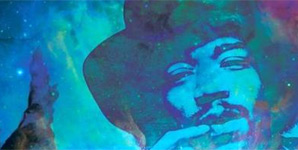 Unfortunately the title song is not that good, Valleys Of Neptune would have made a good album filler in its day. Trouble is it's not its day, hasn't been for some time and all but the ardent faithful will truly care. The album, produced by his Sister-In-Law, is at best a curiosity worth a listen. Sycophants and lifelong fans will doubtless disagree, but Valleys Of Neptune does little more than to focus attention back on to a unique individual with outstanding talent who died too soon. He delivered, during his all too brief life, a marvellous, energy filled, fiery, thunderous and boundary pushing collection. To try and peddle Valleys Of Neptune as a worthy 'new' album in some way detracts from his main body of work.

Overall the album is poorly produced, lacking in the drive or passion you know Jimi is capable of, and it's also not of a consistent quality to merit more than a passing glance. Tracks like 'Bleeding Heart' are flat and bloated. Jimi's take on 'Sunshine Of Your Love' is at least 2/3's too long, stick with 'Live At The Albert Hall'. Don't be expecting any 'Purple Haze' , 'Hey Joe' or 'Voodoo Chile' moments here, there is no such discovery.

If you're a devoted fan you'll buy it anyway, if only to make sure you've not missed a possible gem. If you're merely a curious beginner it would be best to try either 'Are You Experienced' or 'Axis: Bold As Love' ........or just get the Greatest Hits! 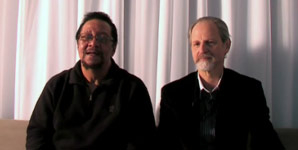 We caught up with Billy Cox (Bass guitar in Band of Gypsyâs) and Eddie Kramer (original recording engineer) in London to celebrate the 40th anniversary of the Jimi Hendrix Experience performance at the Monterey Pop Festival.

By Contactmusic.com in Music Reviews on 17 October 2007 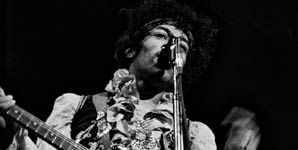 Jimi Hendrix Memorabilia Up For Auction