The “Before Midnight” co-star Julie Delpy has claimed that the Oscars’ voting committee is comprised of old bored rich white men.

The French-American actress and screenwriter is frustrated about the inequality that continues to surface in films today. She also claims that the “old men” within the Oscar voting committee take bribes for votes. "We have the Golden Globes. If you could see it, you wouldn't believe that there's anything good about it. The same goes for the Oscars," Delpy told So Film, via the Irish Independent. "It's 90 percent white men over 70 who need money because they haven't done anything in a long time. You just need to give them two or three presents and they're in your pocket. It doesn't mean anything to me, so I don't really care if there are women in the selection process." 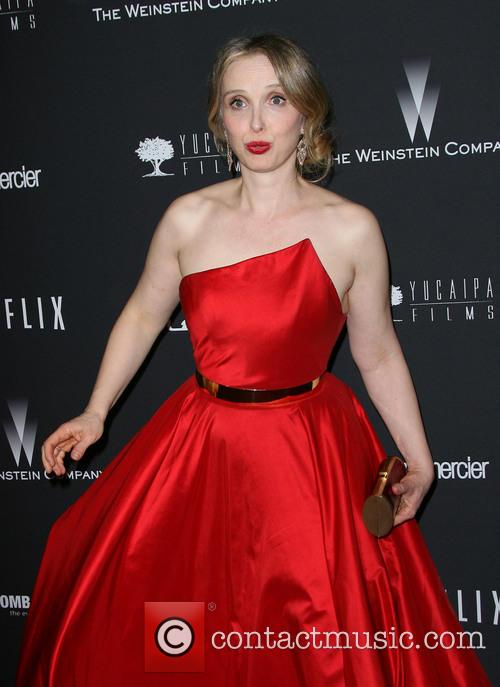 It's been 18 years since Hawke, Delpy and Linklater introduced us to Jesse and Celine, and their story just gets richer, funnier and more punchy each time we see them. In 1995's Before Sunrise, they were idealistic 23-year-olds. In 2004's Before Sunset, they were thinking about bigger issues, including their future. Now at age 41, they're approaching middle age and asking questions about their life choices.

We catch up with Jesse and Celine (Hawke and Delpy) on a Greek island, where they're just finishing their summer holiday. As they prepare to go home to Paris with their 7-year-old twins (Jennifer and Charlotte Prior), Jesse's 13-year-old son Hank (Davey-Fitzpatrick) is returning to his still-angry mother in Chicago. But Jesse is wishing he had more time with Hank, and floats the idea of moving to America. This makes Celine furious, since she's just about to start an exciting new job. Clearly it's time to take stock of their relationship and make some important decisions.

Watching these characters (and the actors playing them) age is fascinating, as they encounter different issues at each stage of life. It's not necessary to have seen the earlier films, because they were essentially different people back then. This movie stands on its own as a snappy, deeply resonant look at a crunch-point in a relationship, as a couple tries to decide if their still-burning passion is strong enough to carry them forward. And Hawke and Delpy deliver the dialog impeccably, with razor-sharp wit and artistic sensitivity swirling through everything they say. Watching them is a joy.

We take a look at the reviews for this romance

This long-running trilogy has its third film: Before Midnight. The sequel to Before Sunrise (1995) and Before Sunset (2004) - again directed by Richard Linklater and again, co-written and acted by Ethan Hawke and Julie Delpy - has got the critics excited, again.

In fact, there aren't any negative reviews for this romantic epic. “Predictably, it's just as great as the first two,” say Little White Lies. “As an organic experiment in collaboration between actors and director, it is a triumph, co-created and co-owned by Delpy, Linklater and Hawke,” enthused The Guardian's Peter Bradshaw. Empire Magazine were also waxing lyrical about the film. “A bit tarter than its predecessors, but not skimping on their woozy, chatty charm, this perfectly played, gently incisive film is a welcome new chapter in one of cinema's most beguiling ongoing romances,” they write. And Time Out say “Hawke and Delpy remain as charming as ever, and their combined goofiness is more endearing than annoying.” Sky perhaps sum things the most succinctly with their review: “For those who witnessed Jesse and Celine's tentative getting together as inter railing students almost twenty years ago, it's reassuring to see them still in love.”

With a staggering 98% rating on review aggregator website Rotten Tomatoes, Before Midnight looks like a must-see. So if you're thinking about what to watch this weekend (the movie is released tomorrow) then there can't be another option, especially if you're taking a special someone along to the pictures.

Richard Linklater continues the story of Jesse and Celine with Before Midnight.

The Richard Linklater helmed Before Midnight is the third in the romantic drama series following lovers Jesse and Celine (Julie Delpy and Ethan Hawke) who are now married with twin daughters. Jessie a successful novelist while Celine is mulling a change in career direction. Fans of the movies will remember the couple meeting on a Budapest train some 18-years-ago.

Watch the Before Midnight trailer here!

After rekindling their whirlwind romance for Before Sunset, the couple are back (and now in Greece) with Jesse feeling a little downbeat about seeing his son Hank fly back to his mother (his ex-wife). Meanwhile, Celine is having doubts as to whether Jesse is still the man she once loved though they give themselves a night alone together to discover whether their floundering marriage is salvageable. It's all shaping up to be pretty good fun and fans of the previous two movies will almost certainly find something to enjoy in Before Midnight. The heart-warming movies hits theaters in the U.S. on June 21, 2013.

Linklater is best known for his classic movie Dazed & Confused, though has directed the likes of School of Rock and A Scanner Darkly in recent years. Delpy recently starred in 2 Days in New York, a sequel to her much-loved 2 Days In Paris, while Hawke won acclaim for The Woman in the Fifth in 2011.

Jesse and Celine return, though their love life is not what it once was. They are now married with twin daughters, Jesse is a successful novelist and Celine is contemplating a change of career. However, it's 18 years since they first met on a train from Budapest, 18 years since they wandered around the city of Vienna throughout the night rapidly falling more in love by the strike of each hour, and 9 years since they rekindled that whirlwind romance following the release of Jesse's best-selling book about their encounter. Now in Greece, Jesse feels a little sad about seeing his son Hank fly back to his mother (Jesse's ex-wife) and he and Celine are facing increasing strain on their relationship. Despite wooing the friends they meet in Greece with the romantic tale of their relationship, Celine has doubts as to whether he is the man she once loved and whether she is still the woman he was once so enchanted by. They are given another night alone in which to enjoy each other's company, but will it just turn into a desperate struggle to save their floundering marriage?

French beauty Marion and radio presenter Mingus have a wonderfully healthy relationship at home with their children from former relationships. However, their happiness is tested on the arrival of her unconventional and mischievous family who bring with them vulgarity, casual racism and bold opinions. Among them are Rose, Marion's sexually obsessed sister; her crazy boyfriend; Marion's ex-boyfriend and her sausage loving father. Mingus starts to have second thoughts about his girlfriend who appears to have a completely different personality around her outrageous family; he even talks about his frustrations with a cardboard cut-out of his hero and US President Barack Obama. Is their relationship strong enough to survive this new and complicated situation?

By Max Messier
Essential
Today, most films are bloated, uninteresting, narrative-driven drivel, filled with beautiful people, a hit soundtrack, and closely following the storyline of some bestseller close enough so that it doesn't offend a legion of Oprah's Book Club readers. Waking Life is something altogether different, a work of abstract art that recalls Buñuel, Lynch, and Cocteau.