Pitbull (born Armando Christian Pérez; January 15th, 1981) Pitbull is an American rapper. Pitbull: Net worth Pitbull's net worth is $50 million, according to Celebrity Net Worth (2014).

Childhood: Pitbull was in Miami, Florida. His parents separated when he was still a child and he was brought up by his mother before living with a foster family in Roswell. At the age of 3, Pitbull could recite works of Cuban poet José Martí. His mother kicked him out at 16 after she discovered he was drug dealing. He attended South Miami Senior High School and later Miami Coral Park High School. After deciding to become a rapper, he chose the name 'Pitbull' because pitbulls 'bite to lock' and the fact that they are outlawed in Dade County.'

Musical Career: Pitbull was initially signed to Luke Records in 2001 before being taken on by independent label Famous Artist Music & Management who moulded Pitbull's sound to be more radio friendly. He was then introduced to Lil Jon resulting in Pitbull getting his own song, 'Pitbull's Cuban Ride Out' on Jon's album 'Kings Of Crunk', which helped Pitbull's career. Pitbull released his debut album, 'M.I.A.M.I.' in 2004. The title is an abbreviation for 'Money Is A Major Issue'. The album peaked at number fourteen in the US Billboard 200 albums charts.

Lil Jon featured on five of the album's tracks. Pitbull's second album 'El Mariel' came out in 2006. It debuted and peaked at number 17 on the Billboard 200, selling 48,000 copies in its first week. The album received mixed reviews. Pitbull's third album 'The Boatlift' in 2007. This album didn't do quite as well as his previous albums, debuting at number fifty selling 32,084 copies in its first two weeks.

Pitbull released his fourth album 'Rebelution' in 2009. This album was his most successful at the time, debuting at number eight in the Billboard 200 and selling 410,000 copies in its first week. The album's guests included Akon, B.oB, Ke$ha, Avery Storm, Nayer and Lil Jon. In 2010, Pitbull released his first Spanish language album, 'Armando'. The album was not as successful as 'Rebelution', as it peaked at number 65 in the Billboard 200, however Pitbull was one of the most nominated acts at the Billboard Latin Music Awards. 'Planet Pit', Pitbull's sixth album was released in 2011, debuting at number seven in the Billboard 200, selling 55,000 copies in its first week, making it Pitbull's highest charting album in the United States to date.

Personal Life: Pitbull was the featured speaker at the opening of the new charter middle and high school Sports Leadership and Management, as he helped build it on August 19, 2013.

Pitbull's Life 'changed' Because Of A School Teacher

Pitbull's life ''changed'' because of a school teacher and because of basketball.

Pitbull's life ''changed'' because of a school teacher.

The 36-year-old musician has hinted the best advice he has ever received throughout his life is from a supportive teacher, because she advised him the ''biggest risk'' in life is not to take one and to live with the regret and constant questioning as to what could have happened.

Speaking at a school fundraiser, which took place at the Kravis Center as part of the Palm Beach State College Foundation's STEAM initiative, in Florida, on Wednesday (01.02.17), he said: ''[She told me] 'The biggest risk you take in life is not taking one.'

Continue reading: Pitbull's Life 'changed' Because Of A School Teacher 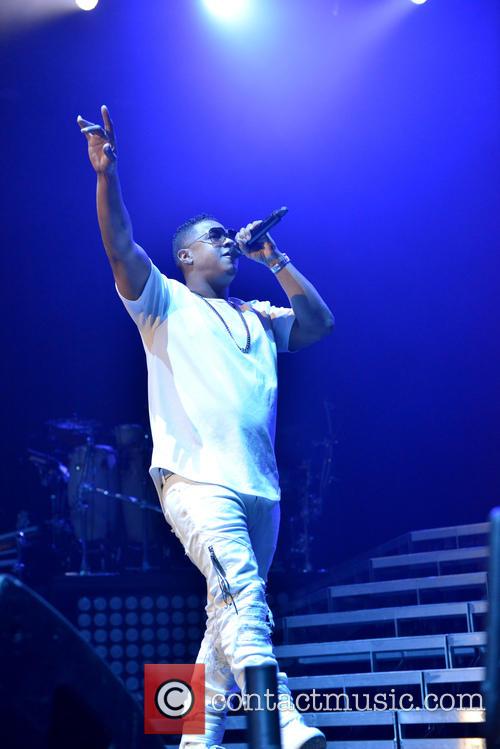 The World Cup wasn't off to a great start last night.

The World Cup opening concert last night wasn’t quite the life-affirming optimism fest it was intended to be. The reason? Sound issues meant that the audience at home could barely hear Jennifer Lopez and Pitbull as they took the stage to perform on opening night. Fans in the stadium were fine, The Telegraph reports, but those watching the festivities elsewhere were likely not impressed. Jennifer Lopez did her best, but the sound problems were unmistakable.

Jennifer Lopez took to the stage to sing the official Fifa song We Are One (Ole Ola), looking on fine form for 44. Admittedly, the singer knows how to draw and keep a crowd and she projected as best she could. However, the “appalling sound quality” made J-Lo and Pitbull’s voices sound “tinny” and quiet. Not exactly what you’d want for the opening on the world’s biggest football tournament.

Jennifer Lopez will be at the World Cup after all. Is that a good or bad thing?

Jennifer Lopez will perform at the World Cup opening ceremony after all, despite announcing that "production issues" would prevent her from being at the Sao Paulo concert. A spokesperson told People magazine that Lopez has reversed her decision, saying, "She will be there..Jennifer has always wanted to participate in the World Cup opening ceremonies. We have been trying to work out scheduling and logistics. Any statements to the contrary were premature. Jennifer would not want to disappoint her fans or fans of fútbol."

Jennifer Lopez will no longer be performing at the World Cup opening ceremony in Brazil.

Jennifer Lopez has cancelled her planned performance at the World Cup opening ceremony because of "production issues". The R&B superstar was due to perform alongside Pitbull and Brazilian singer Claudia Leitte, with whom she recorded the official song We Are One (Ole Ola). Pitbull and Leitte will perform as a duo, accompanied by drumming collective Olodum.

Kesha And Pitbull's 'Timber' Fells 'Happy' Pharrell From No.1 [Listen]

Pitbull and Ke$ha have finally outperformed their rivals to claim the UK's first official number one song of 2014. Their new party track 'Timber' has danced to the top of the charts, ahead of previous top dog Pharrell Williams and his 'Happy' as well as Avicii's 'Hey Brother.' Inspired by Avicii's 'Wake Me Up,' 'Timber' blends a dancefloor beat with country influences and is both Pitbull and Ke$ha's third number one single in the UK after having each separately conquered the charts twice before. Though the first week of the year is traditionally quiet one for music sales, purchases of 'Timber' have numbered an impressive 139,000 copies this week, according to the Official Charts Company.

Awkward times for J.Lo when she burst in to tears as she collected an award but had to perform in front of Marc Anthony and Chloe Green.

Singer Jennifer Lopez not only had to accept an award but also had to perform live with Pitbull in front of her ex-husband Marc Anthony and his girlfriend, Topshop heiress Chloe Green, at Miami's Spanish Premios Juventud awards. J.Lo Performed In Defiance Of Her Ex & His New Younger Girlfriend.

It's been a month of highs and lows for 'Jenny From The Block' singer Jennifer Lopez. She faced severe criticism from the media, her fans and human rights organisations after she performed at the president of Turkmenistan's birthday party, topping off that lovely lucrative cake of torture and human rights horrors with a big, round "Happy Birthday Mr. President" cherry. Oops. 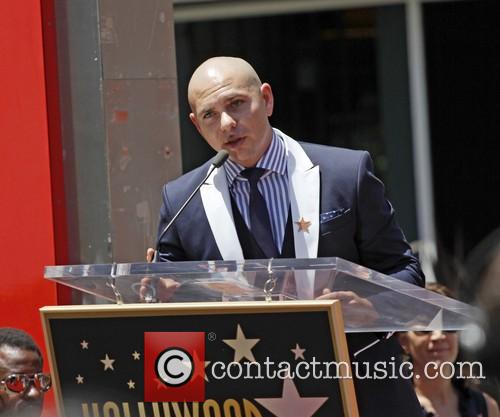 By Michael West in Lifestyle / Showbiz on 24 January 2013

Shaggy is not dead. Repeat. Shaggy is NOT DEAD. It seems the reggae pop star is the latest celebrity to fall victim to the notorious Twitter death-hoax. Internet reports suggested the "It Wasn't Me" singer had passed away after a particularly bloody bar brawl in Los Angeles.

Someone even updated Shaggy's Wikipedia page with bogus information on the fight and the rapper's subsequent death. It isn't the first time that Mr Boombastic has been rumored to have been killed, it's actually happened plenty of times before. We're pretty sure he fell off a cliff while skiing in Austria, or was that Ryan Gosling? Anyway, the reggae star defiantly told TMZ.com in the first person, "[Shaggy] is like a cat with 9 lives.  But I can happily report that he's alive and kicking and in the same building as me right now as we speak."

Shaggy - who dubs himself an "International Superstar" on his Twitter profile - released his last album Summer In Kingston on July 19, 2011. The record featured guest vocals from Cuban rapper Pitbull and was initially priced at just $2.99 through iTunes, Amazon and other major digital outlets. 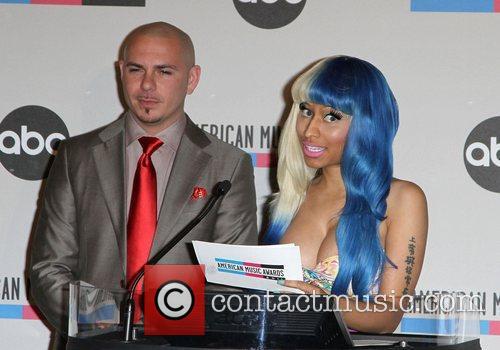 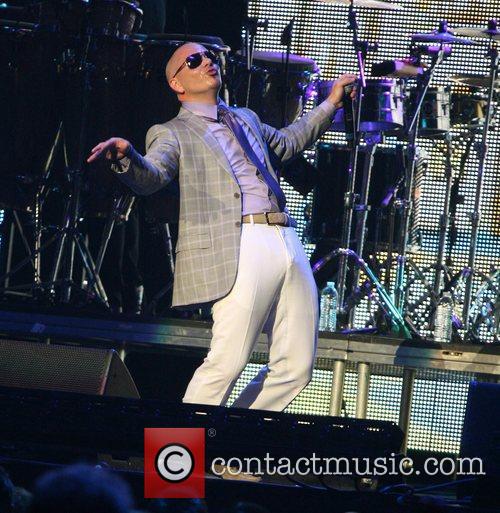 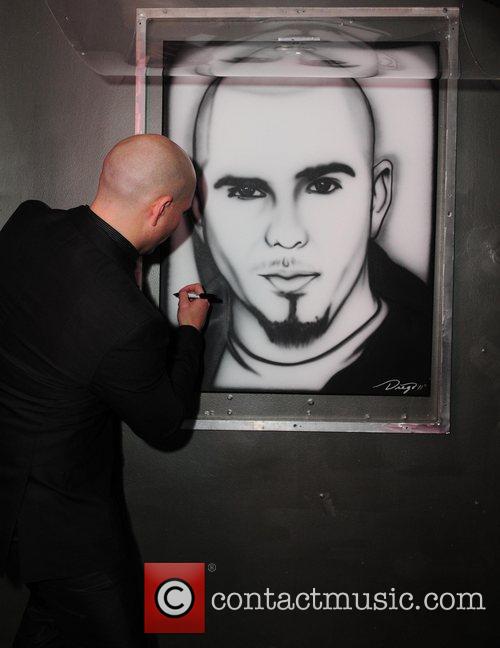 Pitbull: 'My Mum Made Me A Man'

Pitbull To Duet With Jussie Smollett On Empire

Pitbull To Be Called To Testify In Lawsuit Against Akon - Report

Pitbull Has Eyewear Company In His Sights After Alleged Trademark Infringement

Birthday Boy Pitbull Receives Key To The City Of Miami