Net worth: Wale has a net worth of $6 million according to Celebrity Net Worth (2015).

Musical career: He signed to Studio 43 in 2006 and released the track 'Dig Dug (Shake It)' to much local radio attention. It featured on his debut mixtape 'Paint a Picture'.

In 2007, he was discovered by Mark Ronson with whom he went on tour in the UK, and Wale also made an appearance on Ronson's remix of 'Smile' by Lily Allen. Ronson appeared on Wale's third mixtape '100 Miles & Running' also featuring Daniel Merriweather and Amy Winehouse.

In 2011, he signed to Rick Ross' Maybach Music Group, with Jay-Z's Roc Nation for management. That year he released second album 'Ambition' which topped US R&B and Rap charts. He also toured the US in support of the release. 'Lotus Flower Bomb' featuring Miguel was the Grammy nominated lead single which was Gold certified. He also released the single 'Focused' featuring Kid Cudi.

He released chart-topping third album 'The Gifted' in 2013, which he promoted with a remix of Fun.'s 'Sight Of The Sun'.

The following year he released the first single of his next chart-topping album 'The Album About Nothing' entitled 'The Body'. He also embarked on his Simply Nothing headline tour. The album is a collaboration with Jerry Seinfeld.

His cousin is Gbenga Akinnagbe from 'The Wire'. The 29 year-old rapper explains what actually happened when he came face-to-face with the Twitter troll.

Rapper Wale was involved in a physical altercation while attending a WWE wrestling event in Washington, D.C., on Monday night (March 31st).

The incident turned out to be a rarity for a celebrity as the 29 year-old was standing face-to-face with a Twitter trolls, and there wasn't any keyboard to hide behind this time.

A fellow wrestling fan, who was seated near Wale, took to Twitter in an attempt to provoke the music star by posting a series of offensive tweets, which have since been deleted.

By Victoria Pavlova in Music / Festivals on 06 March 2014 Continue reading: Common, Wale And Co. Releasing"Game Of Thrones" Mixtape For All Your Catching Up Needs

By Elinor Cosgrave in Music / Festivals on 14 August 2013 J. Cole's sophomore album Born Sinner has shot to the top of the Billboard 200 album chart after its release on 18th June 2013. According to Billboard, a case such as J. Cole's - where an album climbs to the top as opposed to debuting at No.1 - is rare due to most titles enjoying their best sales weeks during their debut frame and struggle to maintain momentum to compete with newer albums. Ever since Nielsen SoundScan started analysing the chart in 1991, there have been 583 albums to reached No. 1. Of those, only 13% (76 records) did not debut at No. 1 - J Cole's Born Sinner is now one of the few to do so. However, this is the sixth smallest selling week ever in SoundScan's records with just 58,000 sold to claim the top spot. J. Cole Enjoying His Second Taste Of No.1.

The 28 year-old North Carolinan tweeted his excitement and thanked his fans for helping him get to No.1: "3 weeks later. #1 Album in the country. Born Sinner. Thank You." According to USA Today, after its release Born Sinner had to contend with spending its first fortnight at No. 2, first behind Kanye West's Yeezus and then Wale's The Gifted then overtook the other two rappers after selling 58,000 in its third week. It has now sold 439,000 copies surpassing Yeezus' 431,000. The Gifted was No. 2 this week with 50,000 followed by Yeezus with 39,000, US comedy king Jerry Seinfeld has dipped his toes into the waters of hiphop in an unlikely collaboration with D.C rapper, Wale.

Seinfeld star Jerry Seinfeld dropped by in the studio when Wale was recording his new album The Gifted. It may sound like two more unlikely performers couldn't collaborate to top team Wale/Seinfeld but their partnership hasn't exactly emerged out of the blue.

Wale's admiration of 59 year-old Seinfeld became clear when he released 2008's The Mixtape About Nothing, which references his favourite TV show and included cameos from Julia Louis-Dreyfus, who plays Elaine in the NBC show, along with dialogue snippets and a mixed up version of the theme music.

Seinfeld - who's latest project includes the online series 'Comedians in Cars Getting Coffee' - said he's a Wale admirer and is scheduled to spit some lyrics on Wale's planned post-Gifted work The Album About Nothing. The video from the studio shows Seinfeld appearing as though he'd wandered into the wrong studio and forcing his way on to Wale's tracks.

I Will Get Back: Rick Ross Cancels The Rest Of His US Tour

Rapper Rick Ross has called off the rest of his tour of America amidst fears for his own personal safety after a warning video linked to a local gang was posted online.

As first reported in The Charlotte Observer, Ross canceled his shows in Charlotte and Greensboro, North Carolina, this weekend (Dec 8-9) after receiving death threats from the Gangster Disciples gang, seemingly because the rapper had 'dishonoured' gang leader Larry Hoover in his track 'B.M.F. (Blowin' Money Fast)' and scorned their gang symbol by facsimiling the design on his Black Bar Mitzvah mixtape.

Although it was thought that Ross would continue his Maybach Music Tour of the States, which also featured Wale and Meek Mill, he has decided to pack the whole thing in and return home for the meantime. The tour was supposed to last until December 16th, with Nashville, Tennessee the next scheduled drop off.

Continue reading: I Will Get Back: Rick Ross Cancels The Rest Of His US Tour 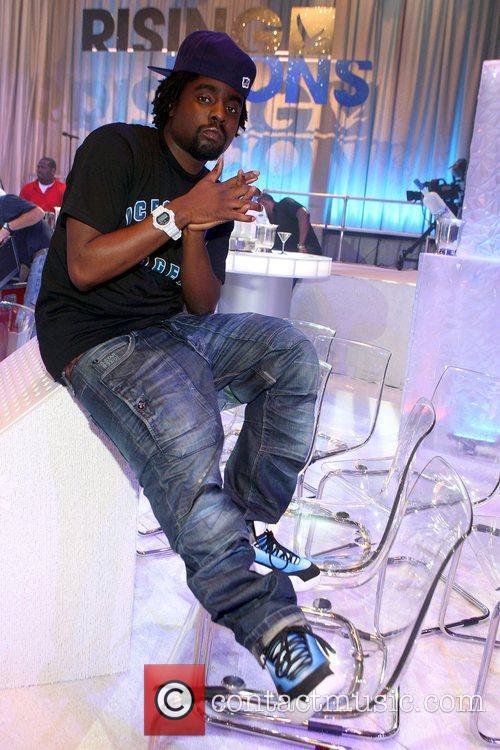