Affleck settled two lawsuits from women who worked on the 2010 film out of court, but the allegations came under the spotlight in 2017 when he was nominated for the Oscars.

Oscar-winning actor Casey Affleck has spoken about the allegations of sexual harassment and misconduct levelled against him for the first time, admitting that he had “behaved in a way that was really unprofessional”.

It’s the first time that Affleck, 42, has addressed the allegations that he harassed women on the set of 2010 film I’m Still Here, a film that he both starred in and directed. While he settled the civil lawsuits, both for breach of contract filed by a cinematographer and a producer, out of court at the time, the accusations resurfaced in 2017 when he was nominated for the Best Actor Oscar for his role in Manchester By The Sea.

While he has commented on the lawsuits, he has not spoken in the 10 months since the Hollywood sexual abuse scandal, which led to the Time’s Up and #MeToo movements.

Taking place tonight (March 4, 2018) is one of the biggest award events of the year, as stars of the entertainment industry come together for the 90th Oscars ceremony. It's one of the most open Academy Awards in recent memory, with a slew of incredibly talented performers, cast and crew working to put together some really brilliant movies. Along with all of the love for the industry however will likely come further commentary and highlighting of the Hollywood sexual misconduct scandal, which shot into the spotlight just last year.

Allegations levelled against Harvey Weinstein seemed to open the floodgates in Hollywood, as more victims of sexual harassment and assault stepped forward to tell their truths. A number of high profile names were thrown into the mix, with the winner of 2017's Oscar for Best Actor, Casey Affleck, accused by crew members from 2010 flick 'I'm Still Here' of sexual harassment.

Affleck will not be presenting the Oscar for Best Actress this year, breaking with protocol.

Casey Affleck will break with Oscars tradition and will not present the award for Best Actress at the upcoming Academy Awards next month.

Regular protocol at the Oscars dictates that the winner of the Best Actor gong from the previous year returns to present the trophy for Best Actress. In 2017, Affleck won the prize for his role in Manchester By The Sea.

However, his victory a year ago caused controversy, as Affleck was accused of sexual harassment by two women with whom he had worked on the set of 2010’s I’m Still Here. Those allegations had been the subject of a civil suit out-of-court settlement made at the time, but they re-emerged when the 42 year old actor was being widely tipped for an Oscar bid.

Filmmaker David Lowery reunites the stars from his offbeat Western Ain't Them Bodies Saints for an even more offbeat drama about the afterlife. A ghost story in which the lead character is a guy under a sheet feels like it should be funny, and yet this is a resolutely arthouse movie, inventive but pretentious and high-minded. Yes, the silly imagery makes us giggle, but Lowery strikes such a somber tone that we can't help but take it seriously.

Casey Affleck and Rooney Mara reunite to play a couple whose happy life comes to an end when he is killed in a car crash. Now he wanders around their small house, watching his wife grieve, only able to communicate to another ghost who's haunting the house next door. After his wife packs up and moves on, this sheet-clad spirit sticks around, trying to communicate with a single mother (Sonia Acevedo), then a partying mob of ravers, including one guy (Will Oldham) who launches into a diatribe about the meaning of existence. But since he's dead, this ghost has only begun to experience his own journey through time and space.

Yes, as it goes along, the film spirals out into the kind of epic exploration of eternity that Terrence Malick keeps making (see The Tree of Life or To The Wonder). The central conceit of having Affleck performing under a white bedsheet is very clever, because it undercuts all preconceptions about ghost movies, offering a refreshingly earthbound approach that avoids swirly digital effects. But the fact is that, no matter how dark the film's tone is, it looks rather ridiculous. And Lowery only just barely gets away with walking this fine line between corny self-indulgence and meaningful drama.

Wu's objections stem from the two sexual harassment lawsuits Affleck settled out of court back in 2010.

Casey Affleck picked up a widely predicted Oscar nomination for his recent film Manchester By the Sea this week, but a few of his fellow stars are not happy with it!

Constance Wu, Heather Matarazzo and other Hollywood stars protested Affleck’s nomination on social media this week, in light of the sexual harassment suits brought against him several years ago by two female colleagues on the set of I’m Still Here in 2010. 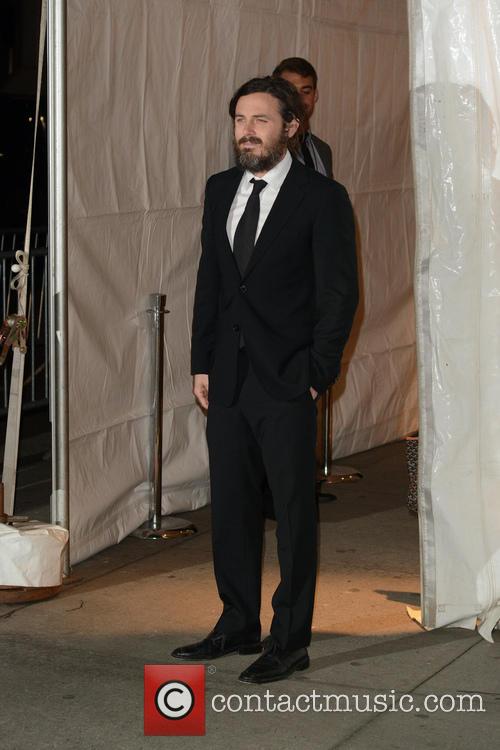 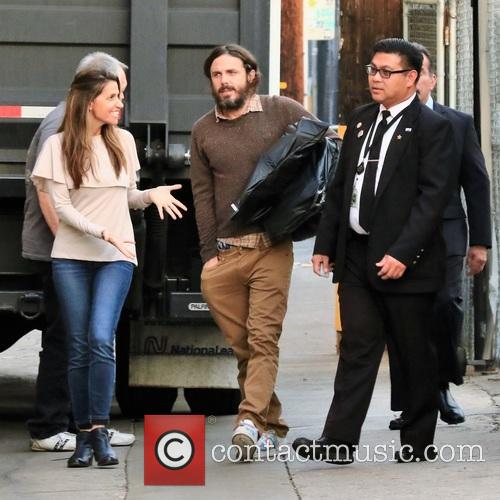 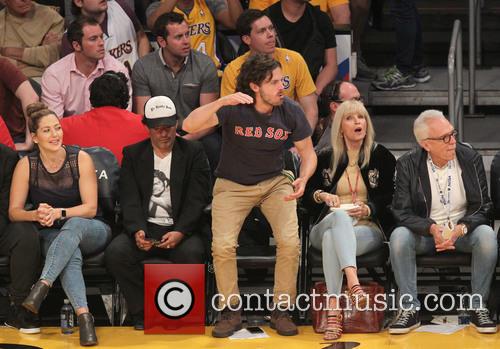 Upcoming Disney 3D-disaster film, The Finest Hours, has a well-known captain at its helm with actor Chris Pine, who proved a hit as James Kirk in Star Trek, taking on the role of US Coast Guard Captain Bernie Webber in this drama based on a true story.


Due out in January 2016, The Finest Hours charts the story of the Pendleton mission – a rescue trip undertaken by Coast Guard ships off the coast of Cape Cod after two oil tankers were destroyed by treacherous winds and rain in 1952.

The series also boasts an impressive list of executive producers including Brad Pitt and Edward Norton.

HBO has greenlit a new miniseries based on explorers Meriwether Lewis and William Clark and starring Casey Affleck and Matthias Schoenaerts. The six part miniseries will begin filming in the summer and is due on our screens later this year. Casey Affleck will star in 'Lewis and Clark'

"In Lewis and Clark, we can see American idealism and the breathtaking natural beauty of the continent, as well as the complexities and tragedies of what came to be known as America's 'manifest destiny,' " said HBO programming president Michael Lombardo.

Brainy blockbuster maestro Christopher Nolan heads into deep space with this epic adventure, which is packed with thoughtful ideas and big emotions even if the plot wobbles badly in the middle. But although it ultimately feels somewhat forced, the film is still a mesmerising exploration of parenthood and survival, bending time and gravity in ways that keep our brains spinning. And the seamless visual effects combine with some wrenching performances to make it unmissable.

It opens in a future America where a desperation for food has overtaken the need for technology and innovation. Which is a problem for Nasa pilot Cooper (Matthew McConaughey), who is now working a massive corn farm that he runs with his father (John Lithgow). Then Cooper and his daughter Murph (Mackenzie Foy) discover a gravitational anomaly that leads them to a secret base run by father and daughter scientists Brand and Amelia (Michael Caine and Anne Hathaway), who are looking for a new home planet for humanity since Earth is dying. So Cooper joins up and heads through a wormhole with Amelia and crew (Wes Bentley and David Gyasi). Meanwhile, Murph (who grows up to be Jessica Chastain) gets involved in the project back on earth, wondering if her dad will ever return home as he promised.

The first act of the story is a beautiful depiction of yearning for discovery, that innate curiosity that drives people to do crazy things in the hopes of pushing the humanity forward (or in this case, saving it). Nolan directs this section beautifully, with sharp editing propelling the story out into space with real energy and passion. But once they begin visiting other planets, there are some extended episodes that feel oddly contrived, including an encounter that leads to unexplained violence, explosions and melodrama. These kinds of things undermine the characters' motivations to the point where the audience just has to take Nolan's word for it and ride it out, even as the underlying ideas begin to lose their weightiness. Casey Affleck to star and produce To Be Two

Remarkable or Terrible? Critics Split On 'Ain't Them Bodies Saints'

Casey Affleck Was Left With A Bloodied Tongue After Dentist Visit Casey Affleck chewed up his tongue after dentist trip

Casey Affleck: 'I Want To Make Another Experimental Movie With Joaquin Phoenix' Casey Affleck To Head Back To School For Milk Awareness Campaign 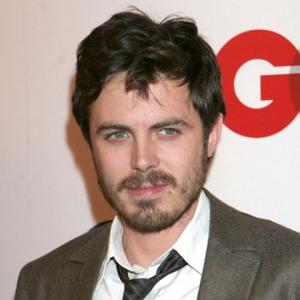