Music Career: In 1999, K Records released Gossip's debut EP, entitled The Gossip (at the time, the band were known as The Gossip). The band's reputation grew and grew and they became popular for their mix of punk rock music and Beth Ditto's soulful vocals. Their punk and feminist ethics have seen them billed with (and compared to) bands such as Sleater Kinney, Mika Miko, Erase Errata and Mates of State.

Gossip's first full-length studio album was entitled That's Not What I Heard and was released in January 2001 on Kill Rock Stars. This was followed by another EP, entitled Arkansas Heat in May 2002.

The second studio album from Gossip was entitled Movement and was released May 2003, again on Kill Rock Stars. This was followed by a live album, Undead In NYC, on Dim Mak Records.

Just two months after the release of Undead in NYC, Kathy Mendonca left Gossip, in order to pursue a career as a midwife. She was replaced by Hannah Billie.

Hannah's first album appearance came with the release of their breakthrough album Standing In The Way Of Control. Despite having found a degree of underground success, through DIY punk network and the Ladyfest festivals that take place around the world, SITWOC was the album that brought Gossip to mainstream public attention. The album went to the top of the UK independent music chart and the band received a great deal of press in the UK and Europe as well as their native USA, especially in publications such as NME and Plan B. Gossip also appeared on the talk show Friday Night With Jonathan Ross.

The title of the album refers to the Federal Marriage Amendment, which proposed to outlaw same-sex marriages in the USA, under the Bush administration at the time. Beth Ditto has become known for her outspoken opinions regarding her sexuality (she is a lesbian) and body image. A remix of the title track, by Soulwax, was selected to soundtrack the Channel 4 programme Skins.

In 2007, Gossip performed as a part of the 'True Colors Tour', which included Cyndi Lauper, Debbie Harry, Rufus Wainwright, The Dresden Dolls and Erasure. The tour was a fundraiser for the Human Rights Campaign.

2008 saw Gossip release their Live in Liverpool album, which also features a DVD of the performance.

In 2009, Gossip released Music For Men. The album was produced by Rick Rubin and released by Columbia. 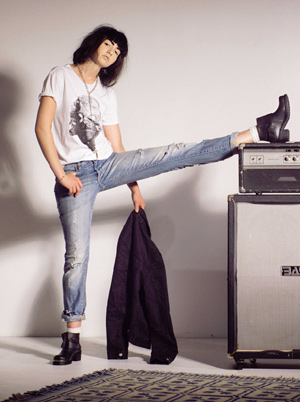 Think of the ultimate female pop icon. Who are you thinking of? Madonna? Right. Well, so is everyone else, apparently. Lady Gaga has been emulating her to the point that she's brushing shoulders with a libel case. Nicki Minaj and M.I.A. have been cosying up to her, acting as her cheerleaders, both literally and metaphorically. And now, Beth Ditto seems to have made a conscious decision to join in with the Madonna-worship, with 'A Joyful Noise.' This is Gossip's fifth studio album and although they have been arching towards a mainstream sound for some time, this could well be the polished, streamlined, characterless step too far that alienates the band's hardcore fans.

Gossip, Standing in the Way of Control, Single Review

The Gossip
Standing in the Way of Control
Single Review 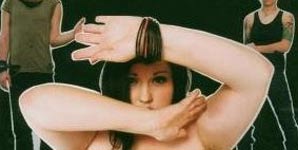