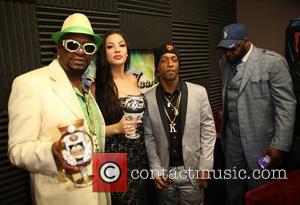 Comedian Katt Williams is reportedly under investigation for assault with a deadly weapon after allegedly hitting a fan with his car following an altercation at Lax airport in Los Angeles.

Glen Jackson claims Williams took offence when he spotted him taking photos from his car and reports suggest the funnyman and a bodyguard got out of his Rolls Royce and pepper sprayed Jackson, who then stumbled out of his vehicle and was allegedly hit by Williams' car as he drove off.

Sources tell Tmz.com that Inglewood police are investigating a possible assault with a deadly weapon.

Williams has had a series of legal woes recently - just last week he was involved in a car accident in California, and his security guard allegedly used a stun gun on a stranger who was kicking the star's car outside a Los Angeles comedy club.