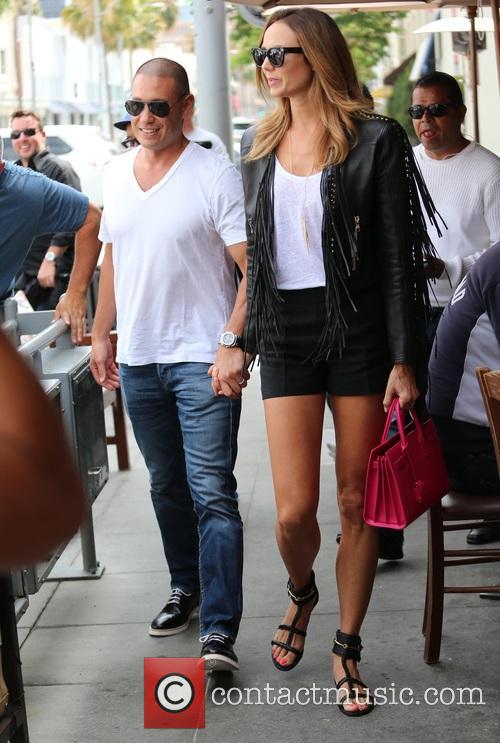 The 35-year-old beauty only gave birth to her first daughter, Ava Green, this past August.

Stacy Keiber only gave birth to her first daughter, Ava Grace, 4 months ago and she already has her pre-pregnancy slim, toned figure back, which is all thanks to a strict workout routine and a healthy diet. Keibler gave birth to a baby daughter in August

The 35 year-old beauty, who shares young Ava with husband Jared Pobre, divulged details about maintain her fitness plan in a new blog post on her website titled 'My Post Baby Regimen - Part 1: Introduction.'

In the same year, the 34 year-old blonde beauty tied the knot and has now become a parent!

Stacy Keibler is now a mother! On Friday (Aug 22nd) the 34 year-old star revealed that she and her husband Jared Pobre welcomed their first child together this past Wednesday (Aug 20th), becoming parents to a daughter named Ava Grace Pobre. "Jared and I have been blessed with the new love of our lives," she wrote via her own website. "Ava Grace Pobre was born at home on Wednesday, August 20th. We've never experienced a level of joy and happiness like this before! Thank you so much for all of the special wishes and positive energy."

George Clooney Off The Market: But Who Tied Down Hollywood's Heartthrob?

Seemingly eternal bachelor George Clooney has shocked the world by getting engaged.

A large portion of the world's female population issued a loud cry of envy this week when it was confirmed that actor George Clooney had become engaged to lawyer Amal Alamuddin. It wasn't the coupling that came as a shock - the pair are said to have dated since last October - but the fact that the seemingly eternal bachelor and self-confessed anti-marriage movie star had decided to commit to someone he has barely been dating for more than six months. The dashing Gravity actor is well aware of his female appeal and has rattled through a string of girlfriends and one wife to land his reputation for noncommittal womanising. He even ruled in 1995 that he wouldn't wed again because he "wasn't very good at it" and reportedly split from previous girlfriend, the former wrestler Stacy Keibler, because she allegedly wanted more from him than he felt comfortable giving.

Continue reading: George Clooney Off The Market: But Who Tied Down Hollywood's Heartthrob?

The former wrestler has confirmed that she, and new husband Jared Pobre, will become parents for the first time.

It turns out, for once, the gossip was correct!

On Monday (March 24th), the former WWE diva confirmed these rumors by posting a photo on her Instagram account of an actual bun in an oven.

Pregnancy news has surfaced just days after it was reported the former wrestler married tech entrepreneur Jared Pobre in a secret wedding ceremony on a beach in Mexico.

The pair have been friends for almost five years, but only started dating last September (2013).

By Stephanie Chase in Lifestyle / Showbiz on 11 March 2014

Stacy Keibler has moved on from George Clooney, but there's more to her than a famous ex.

George Clooney’s ex Stacy Keibler has just got married and we can’t help but feel a little surprised. Stacy and her new husband Jared Pobre have only been together for 7 months but at the weekend they announced they were now husband and wife after a wedding ceremony in Mexico. Since Stacy has well and truly moved on from her famous ex, it might be time that we did too and get to know the ex WWE Diva a little better aside from her famous relationship. Long before she found herself on George Clooney’s arm, Stacy was a cheerleader for the Baltimore Raven’s football team, but soon the 5 foot 11 blonde would find herself on a different career path altogether. After being introduced to professional wrestling by her then boyfriend, Stacy entered a contest in 1999 to find the newest ‘Nitro Girl’ for World Championship Wrestling, (WCW). The Nitro Girls were a dance troupe who entertained the crowd inbetween matches and sometimes took on an even larger role in the wrestling story lines. Stacy won the compeition and was given the name ‘Skye’ making her Nitro Girl debut in November 2009.

Stacy Keibler Got Married, But What Happened To George Clooney's Other Ex-Girlfriends?

By Stephanie Chase in Lifestyle / Showbiz on 11 March 2014

George Clooney has had more than his fair share of beautiful ex girlfriends...

It can’t be easy being George Clooney’s ex, but this weekend his former girlfriend Stacy Keibler showed she’d well and truly moved on by getting married to her boyfriend in Mexico. But what of the other women who have their names preceding by ‘George Clooney’s ex’? How do you follow dating the world’s most famous bachelor. A long time ago in 1988, before George Clooney’ was famous or had a reputation, he was dating actress Kelly Preston. The relationship between the two future Hollywood stars was pretty serious, not just because the two moved in together, but because George gave Kelly a very special gift to symbolise their love, a pig named Max. Sadly for George Kelly didn't stick around too long, but happily when she left he got to keep the pig! Indeed whilst some may think George has a problem with commitment, he stayed loyal to Max the pig for nearly 20 years, until his death in 2006. Kelly of course moved on as well and is now married to John Travolta.

Continue reading: Stacy Keibler Got Married, But What Happened To George Clooney's Other Ex-Girlfriends?

Former WWE wrestler Stacy Keibler turns heads at the 17th Annual Accessories Council Excellence Awards in New York wearing a stunning but rather revealing floor-length white gown. The star was an honouree at this year's awards for this year's Style Ambassador. 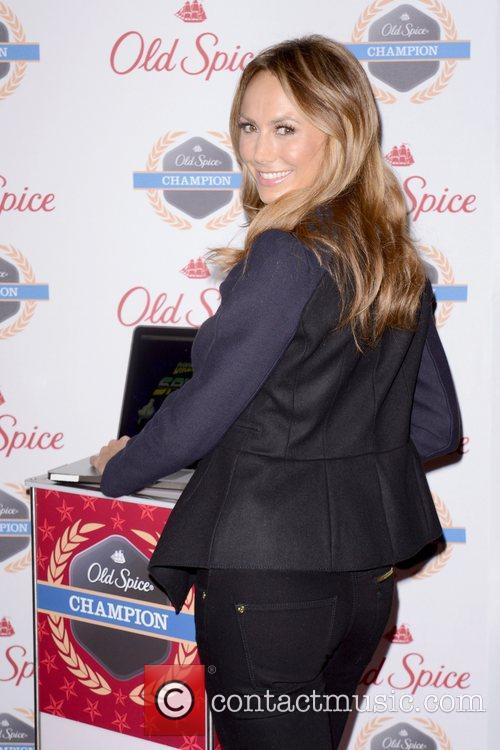 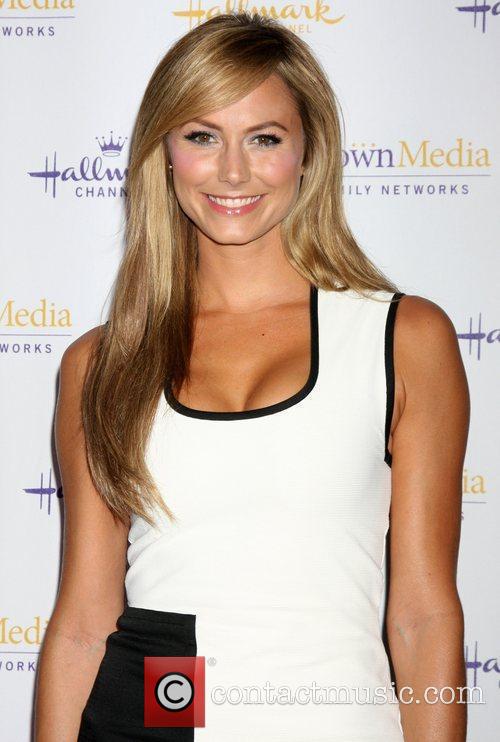 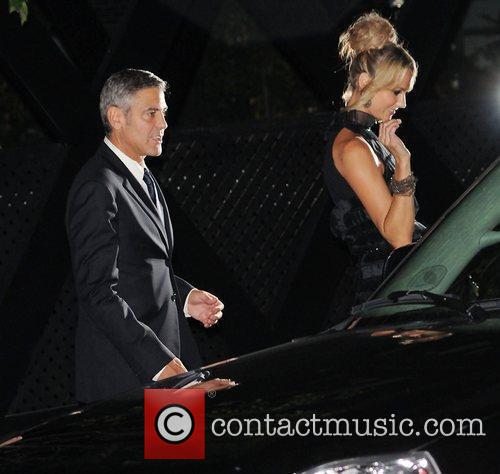 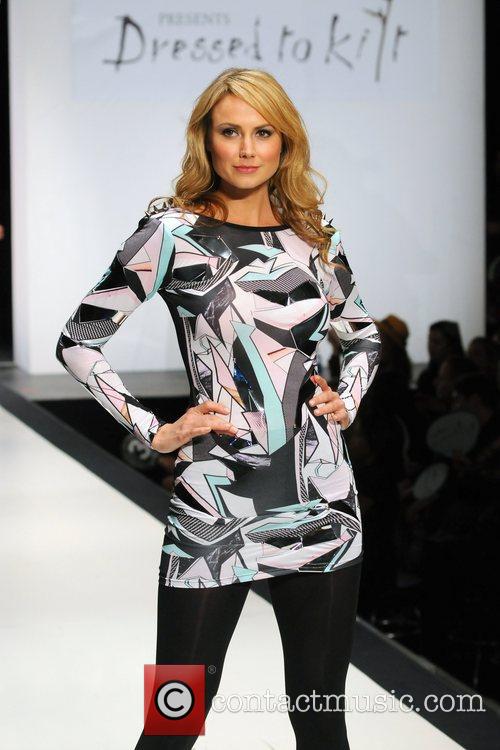 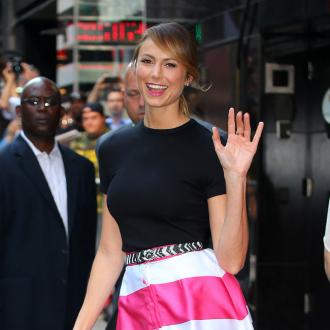 Stacy Keibler is looking for a 'genuine' guy to date 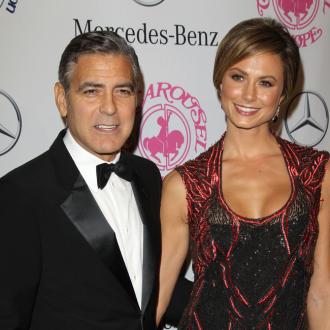 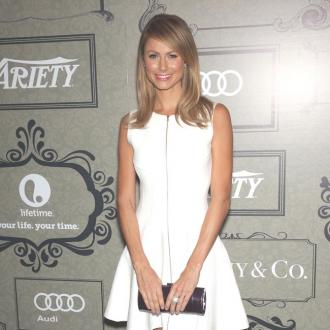