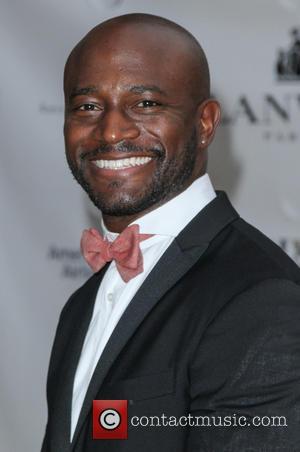 Actor Taye Diggs went public with his new romance at the 2014 BET Awards on Sunday (29Jun14).

The Private Practice star hit the red carpet with his new girlfriend Amanza Smith Brown, who he held close as the pair posed for photographers at the annual prizegiving.

It is the first time Diggs has appeared with the brunette beauty at a public event following his split from his wife of 11 years, Idina Menzel, in December (14).

The former couple first met while starring on Broadway in Rent in 1995 and they have a son, Walker. Earlier this month (Jun14), Frozen star Menzel admitted it was tough being back on the dating scene again.

She said, "It all sucks. I don't want to keep introducing him (Walker) to people and having him form bonds and then take them away, you know. It's bad enough his mom and dad are getting divorced."