American stage actors Taye Diggs and Idina Menzel have separated from one another after ten years of marriage, at this time "their primary focus and concern is for their son." 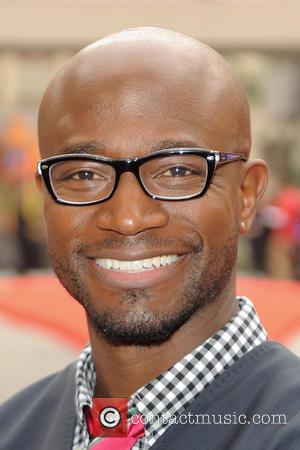 American actors Taye Diggs and Idina Menzel separate after being married for ten years, according to People Magazine.

The pair, both 42 years-old, first met as co-stars in a Broadway production of the musical 'Rent' in 1995.

A rep for the couple told the mag, "Idina Menzel and Taye Diggs have jointly decided to separate at this time. Their primary focus and concern is for their son. We ask that you respect their privacy during this time."

Diggs and Menzel also co-starred in the 2005 film adaptation of 'Rent', playing the roles of 'Benny', a young landlord and 'Maureen' a racy bisexual performance artist.

Reasons for their split have not yet been confirmed but Menzel recently spoke to People about the difficulties of travelling back and forth from LA to New York for work purposes.

Could this have been a factor?

"It's hard trying to make the decision to keep [Walker] in L.A. so he can go to school with his friends," the 42 year-old said. "He would be with a babysitter or have to travel to me to New York where I am rehearsing all day-but at least he's with Mommy. It's those kind of decisions that torture me all the time."

The long-distance marriage aspect may have also put a strain on their relationship.

"We work at it," Menzel admitted. "I'm not going to glamorize it or glorify it-we go through tough times like everybody else, but we love each other very much. We try not to be away from each other for more than two weeks at a time and we try to find new ways to communicate." The pair were married for ten years