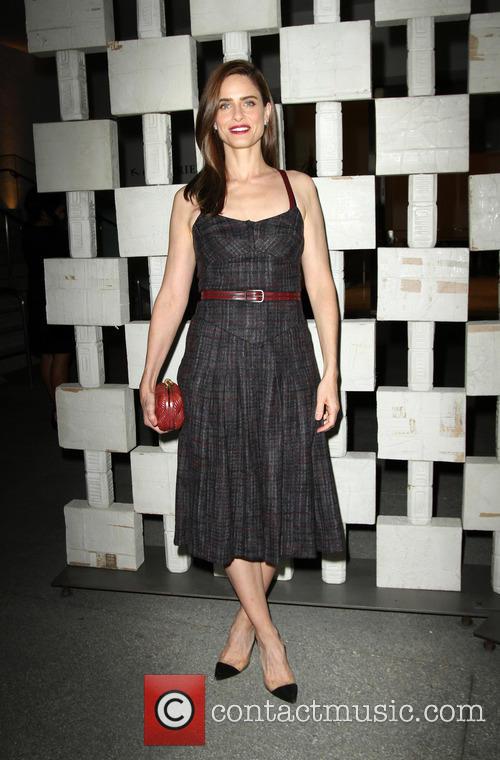 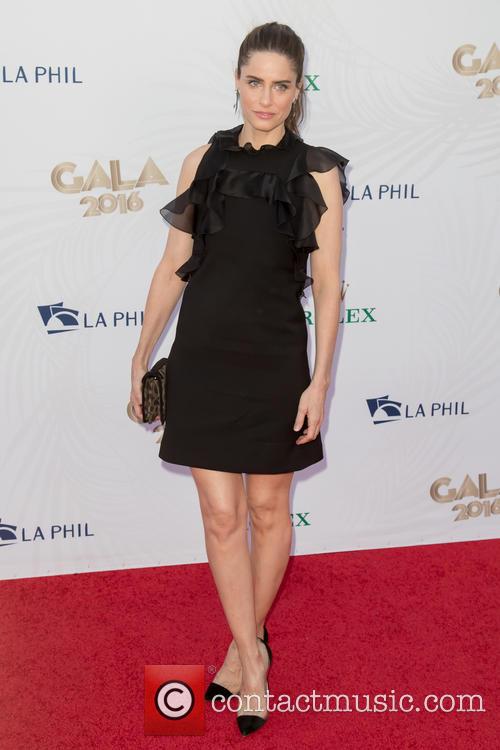 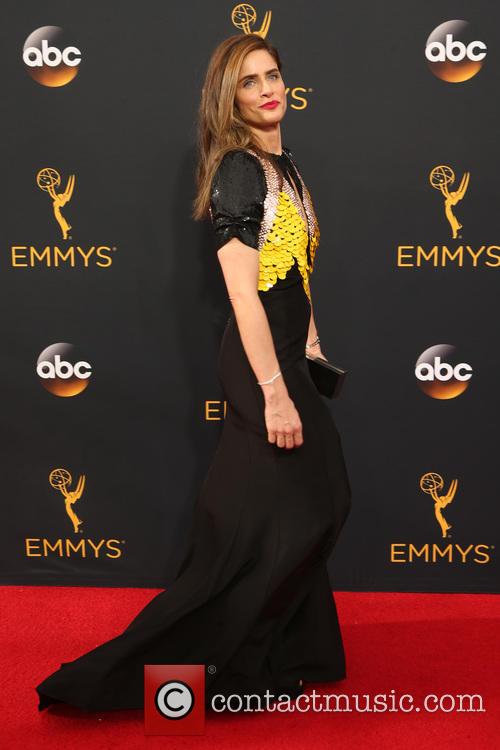 Amanda Peet, the actor married to ‘Game of Thrones’ showrunner David Benioff, in a recent interview revealed the death of one of her favourite characters on the show was enough for her to consider divorcing her husband. 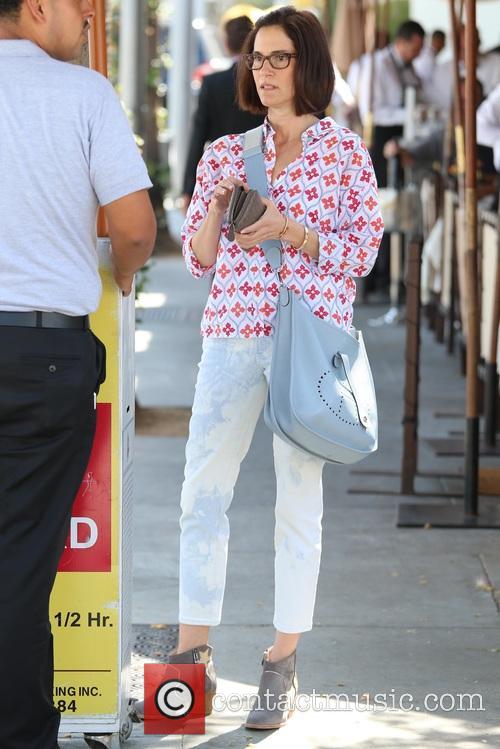 'Wonderful World' star Matthew Broderick and Amanda Peet from 'The Good Wife' are spotted arriving at 'The Commons of Pensacola' opening night in New York.

Continue: Video - Amanda Peet Arrives At The Opening Of Her Play 'The Commons Of Pensacola'

Michael Fassbender was among the cast of historical biopic '12 Years A Slave' who attended the New York Film Festival premiere of the flick. He was joined by director Steve McQueen and main star Chiwetel Ejiofor.

The Way, Way Back Review

An especially strong script gives actors plenty to chew on in this comedy-drama, in which writer-directors Faxon and Rash (The Descendants) take an observant look at the awkward connections we make with each other. Using sparky humour and emotion, the filmmakers and cast create vivid characters we can't help but identify with, even when they do all the wrong things.

At the centre, Duncan (James) is a 14-year-old who dreads spending the summer at a beach house owned by Trent (Carrel), the cruelly critical new boyfriend of his mother Pam (Collette). When they arrive, they meet gossipy neighbour Betty (Janney), who has a whole season of neighbourhood parties planned. And her daughter Susanna (Robb) looks just about as miserable as Duncan does. As he tries to escape, Duncan finds a local water park run by colourful misfit Owen (Rockwell), who takes Duncan under his wing and offers him a summer job. And being on his own gives him the badly needed self-confidence to talk to his mother honestly, take on Trent and maybe even ask Susanna out on a date.

Even though this is essentially a standard coming-of-age movie, the script never falls into the usual cliches. For example, when Duncan's first kiss comes along, it plays out in an unexpected, realistic way. This is a generous, honest comedy packed with terrific characters and resonant situations. Supported by the all-star cast, James delivers an impressive performance as a sullen teen struggling to face the world around him , growing up while remaining awkward and likeable. Meanwhile, Stockwell keeps us laughing with a lively party-boy turn that's underscored with sympathy. Collette beautifully layers the repressive, conflicted Pam. Carell goes nicely against type as the cruelly passive-aggressive Trent. And Janney steals the show with the most hilarious lines.

Duncan is a 14-year-old boy struggling to fit in anywhere and dealing with all the problems that most teenagers are forced to deal with at some stage. His mother Pam has a new boyfriend, Trent, who happens to be a jerk with a keen interest in humiliating Duncan at every opportunity. As the summer nears, the family embark on a vacation at Trent's beach house where he meets their new neighbour's daughter Susanna who, far from seeing him as a socially awkward and embarrassing individual, warms to Duncan immediately. He also meets the unprofessional and extroverted manager of the Water Wizz water park, Owen, who offers him a job and some excitement on his otherwise uninteresting vacation and subsequently helps him grow in confidence and self-belief.

Continue: The Way, Way Back Trailer 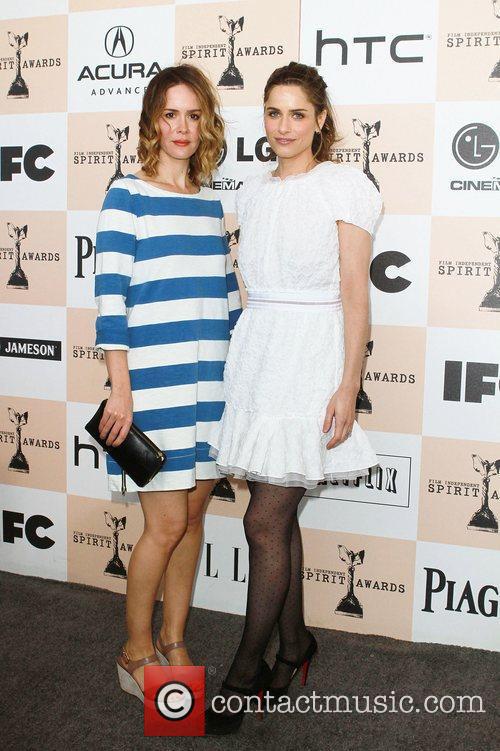 By Christopher Null
Weak
Again, Hollywood has taken creative marketing to new heights with Body Shots. Judging by the trailers, the ads, even the tagline ("There are movies that define every decade!"), one would be led to believe that Body Shots is an incisive drama/comedy about twentysomething relationships, emphasis on the comedy.

Body Shots is not that movie.

By James Brundage
Excellent
The time is the present, and the setting is New York: where everyone has game... or at least thinks they do. Brad (Brian Van Holt) thinks he's got game but is really an unabashedly sexist pig. Zeke (Zorie Barber) thinks he's got game but all he has are physical shortcomings. Jonathan (Jonathan Abrahams) knows he doesn't have game, but is forced to ante up stories as if he did because Zeke and Brad constantly brag over Sunday breakfasts about how they scammed during the week. And Eric (Judah Domke), a man who was designed to "jump on the grenade" at parties and ended up marrying the grenade, just wants to escape from his utterly pitiful life.

Enter into the story Mia (Amanda Peet), a girl who appears to be innocent but who we quickly discover to be playing all sides against the middle. Mia meets Brad, Zeke, and Jonathan one week, then schedules dates for the next week, only to be surprised by all three on the same night. Knowing that she is found out, she decides that it will be impossible to do a relationship with any single one of them because she likes them all too much and offers them the choice of each one having a relationship with her or having them all leave. Because all of them are too cocky to let Mia go, they all end up dating her... alternating nights, bumping into each other on the way out, and generally growing to hate each other rather quickly.

By Christopher Null
OK
Saving Silverman is a film you pray for. With its hilarious trailer, you beg and plead with the Hollywood Gods that, no, all the funny scenes can't be in the previews -- they had to have saved something for the movie, right? Please make this another sophisticated-yet-subversive comedy like Meet the Parents.

While blessed with entertaining performances and uncommon earnestness (for a Hollywood movie) about the tribulations of middle-aged romance, there's something a little too artificial about "Something's Gotta Give."

Taking place largely in a Hamptons beach house (that is quite obviously a soundstage) where a divorcee playwright (Diane Keaton) has been duped into acting as nurse to an aging playboy (Jack Nicholson) after he's had a heart attack while fooling around with her flighty daughter (Amanda Peet), the film's snappy sense of humor is all too often undercut by affected romantic chemistry and by the overuse of facile cinematic conventions, like musical montages of characters laughing, talking and drinking wine while the camera circles them in the candlelight.

As written and directed by Nancy Meyers ("What Women Want," "The Parent Trap" remake), the unlikely love story that forms between Nicholson (who prefers "the complete, uncomplicated satisfaction of the younger woman") and Keaton (who has been adjusting to independence and getting over old-fashioned notions of spinsterhood) is a source of sophisticated laughs -- with the occasional low-brow guffaw thrown in for good measure (say, Nicholson's posterior peeking out of a hospital gown).