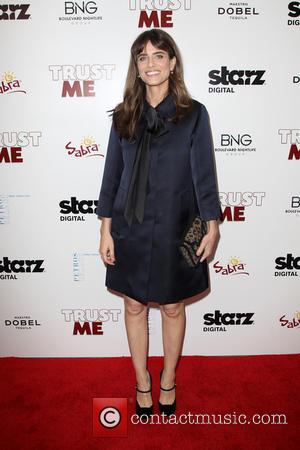 Actress Amanda Peet revealed she is pregnant with her third child by debuting her growing baby bump on the red carpet at the Emmy Awards on Monday (25Aug14).

The Whole Nine Yards star arrived at the Los Angeles prizegiving to support her husband, Game of Thrones executive producer David Benioff, and while posing for pictures in a flowing Giambattista Valli dress, Peet proudly showed off her burgeoning bump.

Peet and Benioff are already parents to two daughters, France, seven, and Molly, four, and the actress tells Us Weekly that her kids are looking forward to welcoming another member into their family.

The mum-to-be admits being pregnant at 42 years old is "quite something" and confesses her glam look for the ceremony won't last too long, adding, "I'll be taking these heels off in a minute."