By Stephanie Chase in Lifestyle / Showbiz on 01 October 2016

The 90-year-old Playboy founder was rumoured to be gravely ill earlier this week.

Playboy founder Hugh Hefner is alive and well, despite reports to the contrary.

The 90-year-old took to twitter on Friday to dispel rumours concerning his health, after his death was falsely reported to several news sites. 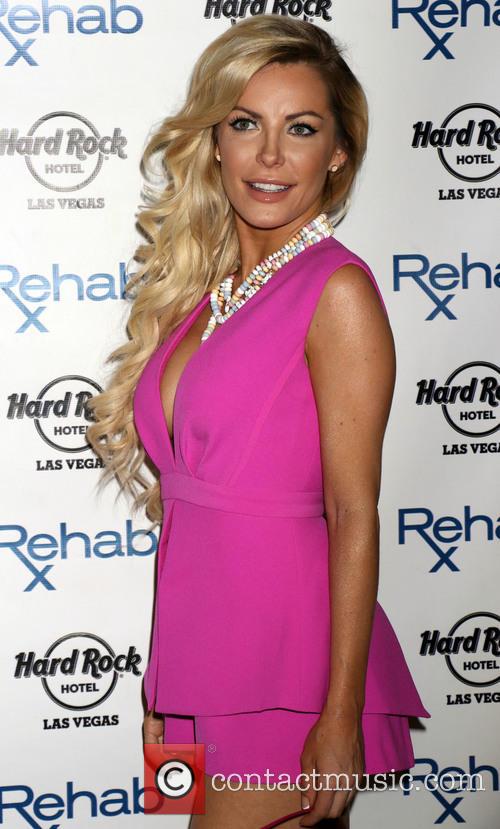 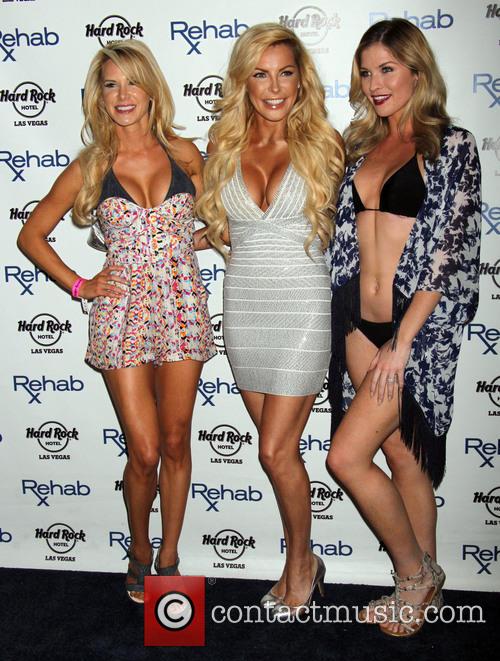 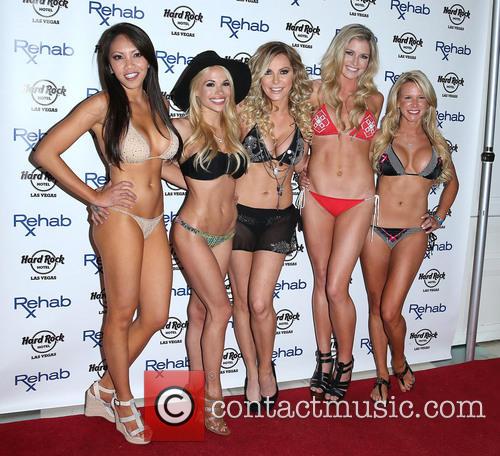 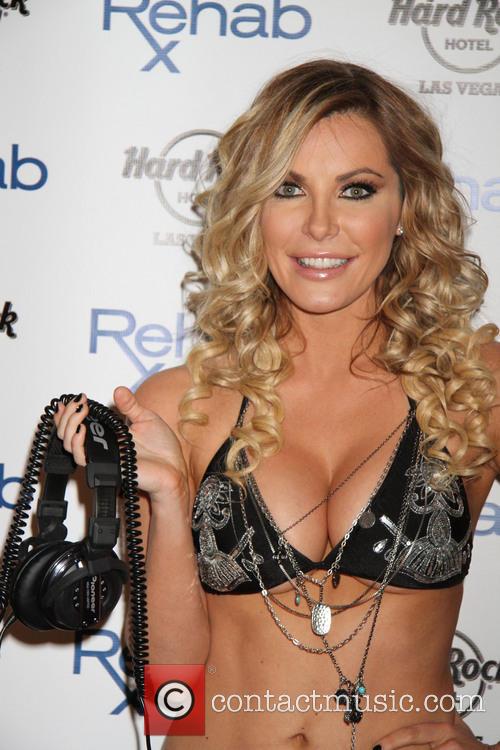 By Elinor Cosgrave in Lifestyle / Showbiz on 31 October 2013

Miley Cyrus has inspired more than one celebrity costume this Halloween. On Saturday (26th October) Hugh Hefner and his wife Crystal dressed as Robin Thicke and Cyrus at the MTV VMA's whilst Paris Hilton attended the same Playboy party dressed in Cyrus' VMAs teddy. The Cyrus - and Playboy- theme was continued by former Playmate Jenny McCarthy. The 40-year-old dressed as Cyrus' tongue!

For anyone who has missed Cyrus' favourite pose, it includes the 20-year-old sticking her tongue out as far as possible. McCarthy's costume consists of a large mouth surrounding, complete with a set of teeth and a large pink tongue which surrounds her head and ends around the middle of her thigh. The costume is brilliant but probably not the most practical.

By Elinor Cosgrave in Lifestyle / Showbiz on 29 October 2013

Hugh and Crystal Hefner celebrated Halloween on Saturday (26th October) by dressing as Robin Thicke and Miley Cyrus at the VMAs. Paris Hilton also showed up dressed in an outfit inspired by Cyrus' grey teddy.

Miley Cyrus and Robin Thicke inadvertently created a horror story three months before Halloween. Their performance at the MTV Video Music Awards in August has inspired the costumes of Hugh Hefner and his wife Crystal Harris at the Playboy Mansion's Halloween party on Saturday 26th October. Paris Hilton's costume was inspired by Miley Cyrus' outfit at the MTV VMAs.

Hefner posted two photographs on his Twitter: one a selfie of the couple with Crystal holding a giant foam hand up to the camera; and the other with Crystal bending over in front of her husband. Hefner added the hash tag "twerking". Crystal, despite being a former 'Playmate' and glamour model, dressed more modestly than Cyrus had at the VMAs. She wore a short yellow dress as opposed to Cyrus' decision at the awards in August to wear a flesh coloured bikini. Hefner wore a striped suit with Thicke style sunglasses. It appears the costume was actually a prison outfit which Hefner had adapted with sunglasses, a gold chain and a microphone. 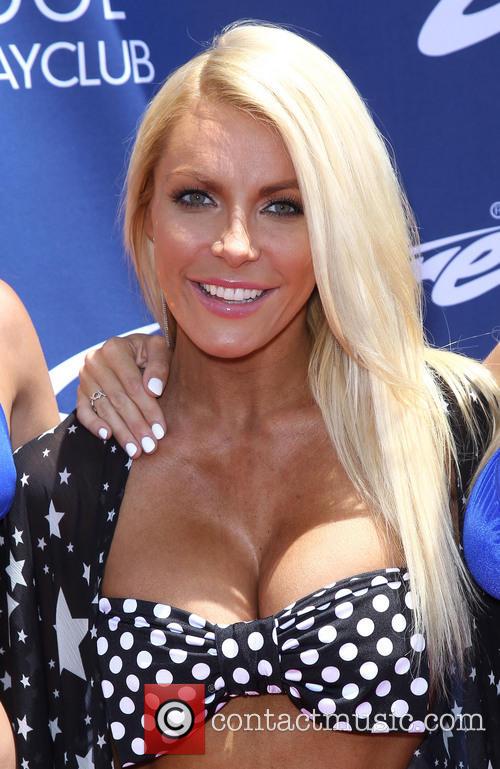 By Holly Williams in Lifestyle / Showbiz on 02 January 2013

Hugh Hefner has tied the knot with his glamour girl partner Crystal Harris, who happens to be a massive 60 years his junior.

The charming founder of glamour empire Playboy Enterprises has married for the third time at the grand age of 86 to one of his 26-year-old Playmates. They held the lavish wedding at his infamous Playboy Mansion, where he recently acquired a license to have the ceremony, on New Year's Eve (December 31st 2012) after professing the wish to enter the New Year as a newly married man. The couple were only recently reconciled having previously been engaged between December 2010 and June 2011, however Harris was thought to have had 'a change of heart' according to Hefner's Twitter profile only 5 days before they were due to wed on June 18th 2011. She reportedly announced the split on her website with a post that read: 'I have decided to end my engagement with Hef. I have the utmost respect for Hef and wish him the best going forward. I hope the media will give each of us the privacy we deserve during this time.' Nonetheless, in spite of her fickleness, the modelling mogul agreed to take her back late last year.

Hefner has been married twice before; first to Mildred Williams in 1949 which lasted ten years before the partnership broke up due to her confessions of infidelity, and second to Playmate Kimberley Conrad in 1989 which lasted eleven years.

By Contributor in Lifestyle / Showbiz on 02 January 2013

That randy old prune’s gone and done it again: Playboy mogul Hugh Hefner has gone and got married for the third time, which to be fair is far fewer times than we’d expected. The owner of the most famous adult magazine in the world is making up for lost time after tying the knot with Crystal Harris; it was she who originally had cold feet over their first planned wedding day back in June 2011, only for the pair to reconcile afterwards.

The Daily Telegraph reports that Hefner and Harris married on December 31, 2012, with brother Keith Hefner on hand as best man. Hefner broke the news himself on Twitter, posting a picture of himself in a tuxedo with his bride under an arch of pink and white flowers at the ceremony, which took place at the Playboy Mansion in Beverly Hills, California. Captioning the picture, Hefner wrote "Crystal & I married on New Year's Eve in the Mansion with Keith as my Best Man. Love that girl!"

The new Mrs Hugh Hefner was also in Twitter action on New Year’s Eve, writing "Today is the day I become Mrs Hugh Hefner. Feeling very happy, lucky, and blessed." Lovely stuff. The marriage follows Hefner’s first, to Mildred Williams in 1949 (they divorced in 1959) and former Playmate of the Year Kimberley Conard in 1989 (divorced 2010). Oh, and the age difference between Hefner and Harris? A mere 60 years…

Aisle Give That Another Go: Hugh Hefner To Marry Runaway Bride Crystal Harris

By Hayley Avron in Lifestyle / Showbiz on 03 December 2012

Hugh Hefner will be attempting to walk Crystal Harris up the aisle, for the second time on New Year’s Day. You may remember, we reported back in the summer of 2011 that Harris jilted her Playboy lover and called off the wedding that they had planned. Then came reports of Crystal selling off her pricey engagement ring and various reports of Hugh galavanting around with various other women (well, he IS Hugh Hefner – that bit surely was to be expected).

Over the summer of 2012, though, the couple seemed to be patching up their differences and Crystal was reported to have moved back to the Playboy mansion with Hefner. After tweeting a message recently that read “Dear past, thank you for all the lessons. Dear future, I'm ready” and now, E! Online have confirmed the news that Hugh and Crystal plan to marry on New Year’s Day.

So, it looks as though 26 year old Crystal has decided to give things with 86 year old Hugh another go. According to TMZ, Crystal feels that the time they spent apart has given her a stronger sense of independence and the ability to stand on her own two feet. The former runaway bride posted a picture on of a ring on Twitter on Saturday (December 1, 2012) but alas, it was not “that kind of ring.” So we’ll have to wait to catch a glimpse of her new sparkler, then, it seems?

The pair, who are separated by a sizeable 60 years, are set to walk down the aisle at the Playboy Mansion on New Year's Eve, gossip site TMZ claims. The two were set to marry last year (June 2011), but Harris bailed just five days before the big day. The pair seem deadly serious about things this time around, but we'll see whether either of the two have changed their mind by the time Christmas has past.

TMZ said that sources close to the Playboy Mansion have spoken to them, revealing that the pair have never been better together. Things really started to improve, the sources claim, when Harris moved back into the Playboy Mansion earlier this year, with the two reigniting their love shortly after, culminating in the latest effort to try and get married again. Sources claim that Harris needed the time apart so she could attempt to find her own two feet and develop some independence, something she apparently feels she has achieved.

Crystal Harris hosts 'Sexy Party' at Crazy Horse III and Posh Boutique nightclub in Las Vegas. The Playboy model showed off her new friend Colin, before posing for photos on her own. Crystal had curled her blonde hair and wore a low cut silver dress.

During her time as a Playboy model, Crystal appeared in the sixth season of the reality show, Girls of the Playboy Mansion, along with Kristina and Karissa Shannon. Crystal was also due to marry Playboy mogul Hugh Hefner but he called off the wedding just five days before it was due to happen, in June 2011

Crystal Harris hosts 'Sexy Party' at Crazy Horse III and Posh Boutique nightclub in Las Vegas. The Playboy model brought along her parents to the event, and they stood for photos with her daughter before moving along the red carpet into the club. Crystal then stood with a man named Colin.

Crystal met Hugh Hefner in 2008 and they started dating in 2009. They got engaged but five days before they were due to be married, Hugh broke off the engagement on 14th June 2011
1
Crystal Harris

Crystal and Hugh Hefner 'happier than ever' 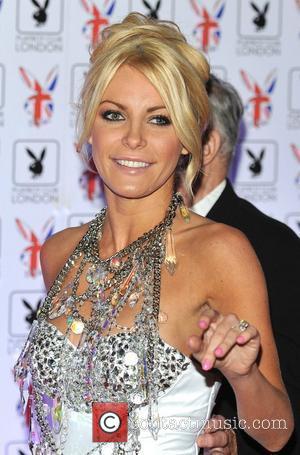