AC/DC (formed 1973)
AC/DC are a heavy rock band from Australia that began their rise to fame with the debut album High Voltage.

Formation: The band's name was chosen after Angus and Malcolm Young spotted the logo on their sister's sewing machine. They decided that the acronym was a suitable representation of the band's raw energy and powerful performances. Born in Glasgow, Angus, Malcolm and George Young all moved with their family to Sydney, Australia, in 1963. George was the first of the brothers to learn guitar, and joined The Easybeats, a successful Australian rock band, with Malcolm following suit and joining The Velvet Underground (an Australian band, not their New York counterparts) AC/DC eventually formed in 1973, when Malcolm and Angus were joined by bassist Larry Van Kriedt, drummer Colin Burgess and vocalist Dave Evans. Their debut gig was at Chequers Club in Sydney, New Year's Eve, 1973. The band's line-up changed frequently during this early period, with Burgess being the first to get fired. The schoolboy uniform was adopted after Angus had tried a number of other stage outfits, including a gorilla and Spiderman. Having decided that Evans was an unsuitable front person for the band, they eventually settled on Ronald Belford "Bon" Scott. Bon Scott joined the band in 1974 and by January the next year, the debut album, High Voltage had been recorded.

Success, Highlights and Hard Times: Following the release of High Voltage, AC/DC released the single 'It's A Long Way To The Top (If You Wanna Rock 'n' Roll)', which became something of an anthem for the band and their fans. The band's success grew, thanks to a number of high profile Australian TV performances, as well as international tours with the likes of Kiss, Aerosmith, Cheap Trick and Blue Öyster Cult. A compilation of their first two albums, High Voltage and T.N.T. became the band's first album to be granted international distribution. Their next studio album was Dirty Deeds Done Cheap, followed by 1977's Let There Be Rock. Around this time, Mark Evans was fired, due to personal differences with Angus Young. He was replaced by Cliff Williams. Williams' debut studio appearance was on Powerage. The supporting tour for the album spawned the live recording, If You Want Blood, You've Got It, recorded in Glasgow's Apollo Theatre. Highway to Hell was the band's first album to break into the US Top 100 album chart, promoting them to the top rank of the world's hard rock acts at the time. In February 1980, Bon Scott passed away. The official cause of death was named as 'death by misadventure' and 'acute alcohol poisoning'. He was buried in Fremantle, Australia. After much deliberation, the band decided to continue, and recruited Brian Johnson to take up the mantle of AC/DC vocalist. He helped the band to finish writing the album Back In Black, which they had begun with Bon Scott. The album spawned the hits 'You Shook Me All Night Long' and 'Hells Bells'. The album has sold over 22 million copies, in the US alone. It was a UK number one and spent 131 weeks in the US album charts. For Those Of You About To Rock, We Salute You was released in 1981, to a positive critical and commercial response. In 1983, they self-produced the album Flick of The Switch, trying to return to their earlier raw production sound. It was around this time that Phil Rudd and Angus Young's differences came to a head. Rudd was replaced by Simon Wright and Wright was later replaced by Chris Slade. 1986 saw the band release a compilation album, Who Made Who, which was the soundtrack to Stephen King's film Maximum Overdrive. In 1994, Rudd was invited back into the band and replaced Slade. They released the album Ballbreaker with this line-up in place. In 2006, the band begun working on a new studio album and announced that it would be due for release in late 2008, for sale exclusively through WalMart stores.

Upcoming Releases: From Disco To Hard Rock, November Looks To Be An Interesting Month

Continue reading: Upcoming Releases: From Disco To Hard Rock, November Looks To Be An Interesting Month He passed away from dementia at 64-years-old.

Malcolm Young, the guitarist and co-founder of rock band AC/DC, passed away at the age of 64 over the weekend surrounded by his family. He's the second member of his family to die in the last month, and he had been retired for three years.

The Scottish-Australian rocker, who created AC/DC with his brother Angus Young in 1973, died following a three-year battle with dementia on Saturday (November 18th 2017). The sad news comes less than a month after his older brother and producer George Young lost his life.

Axl Rose was announced as joining the band for the final shows on their word tour, following Johnson’s departure.

AC/DC frontman Brian Johnson has released a statement explaining his decision to bow out of the remaining dates on the band’s Rock or Bust world tour. Johnson was advised by doctors to stop touring or face permanent hearing loss, after fronting the hard rock band for over 35 years. Brian Johnson has spoken out after being forced to step down as AC/DC singer for live shows.

Johnson’s statement comes days after AC/DC announced that Guns ’n’ Roses singer Axl Rose would be fronting the band for the remaining dates of the tour. “On March 7th, after a series of examinations by leading physicians in the field of hearing loss, I was advised that if I continue to perform at large venues, I risked total deafness,” Johnson told fans.

Continue reading: Brian Johnson Details Why He Left AC/DC Tour And His Future With The Band

By Stephanie Chase in Music / Festivals on 23 September 2015

The Aussie Rockers played a concert at the team’s home ground last week.

Chicago Cubs coach Joe Maddon has accused Aussie rockers AC/DC of messing up the baseball team’s Wrigley Field stadium, after they played a concert there last Tuesday (September 15). Maddon was speaking after the Cubs beat Milwaukee Brewers 9-5 on Monday, but made three errors during the game. 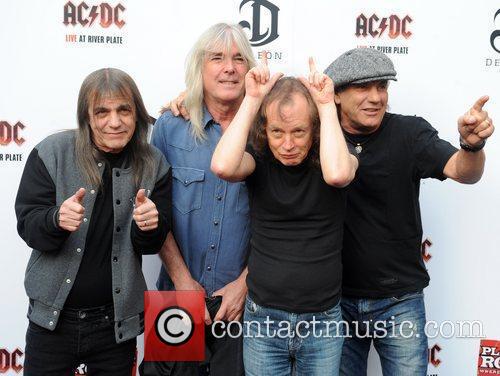 AC/DC have been accused of ‘messing up’ Wrigley Field after their concert last Tuesday.

Speaking to The Chicago Tribune Maddon said, “They totally messed up the infield, and it has nothing to do with the groundskeepers. I’ve seen a bad hop at third, and a bad hop at second. I didn’t see one bad hop all year.”

By Stephanie Chase in Music / Festivals on 03 August 2015

The drummer denies breaking the strict home detention conditions he was sentenced to last month. 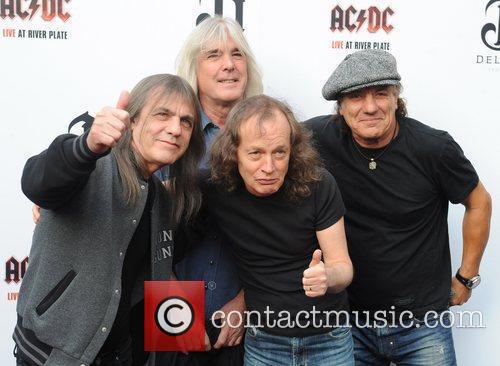 Rudd with his former AC/DC bandmates.

When asked by reporters after the hearing if he was nervous about the case, the drummer replied: "No, the only thing I'm nervous about is I don't, I don't actually don't know what's going on.” The 61 year old has been allowed to remain in home confinement on bail, until the hearing regarding the alleged breach takes place in November. Kicking off in August, the tour sees the band joined by Chris Slade and Stevie Young.

Rock legends AC/DC have finally announced the dates for their North American tour. The group will be travelling the world with 'Rock or Bust' and, while they've already announced their Europe dates which will run from May to July, they know unveil details of the North American leg in August, which kicks of in Foxborough and finishes up in September at the Los Angeles' Dodger Stadium. The 'Rock or Bust' world tour will begin in Holland on May 5th 2015. The studio album, which was released on December 2nd 2014, was the first album released since the phenomenal success of 2008's 'Black Ice'; a record which became a worldwide chart topper and officially the second best-selling album in the world that year. It features new guitarist Stevie Young, replacing his uncle Malcolm Young following his dementia diagnosis. Drummer Phil Rudd has also been replaced for the forthcoming tour by the band's former drummer Chris Slade.

By Victoria Pavlova in Music / Festivals on 07 November 2014

AC/DC drummer Phil Rudd still faces a plethora of charges in his alleged murder plot scandal, but has had the most significant of the lot withdrawn. A New Zealand crown solicitor has chosen not to proceed with the attempting to procure murder charge, but Rudd is still under fire on threatening to kill and possession of methamphetamine and cannabis charges, among others.

According to the New York Daily News, Rudd’s lawyer, Paul Mabey, had little to say about the case, when his client faced the crown court on Thursday. Mabey explained that the charge should never have been laid by the New Zealand Police, who allegedly pushed the case without consulting Tauranga Crown Solicitor Greg Hollister-Jones, who agreed Thursday to strike the attempting to procure murder charge. 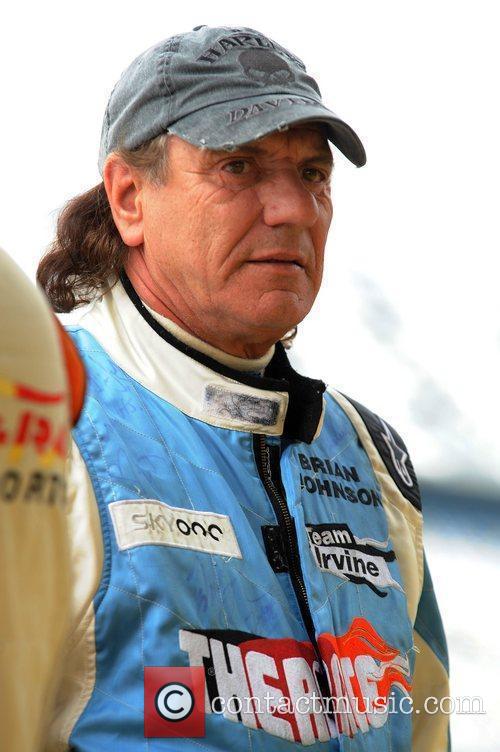 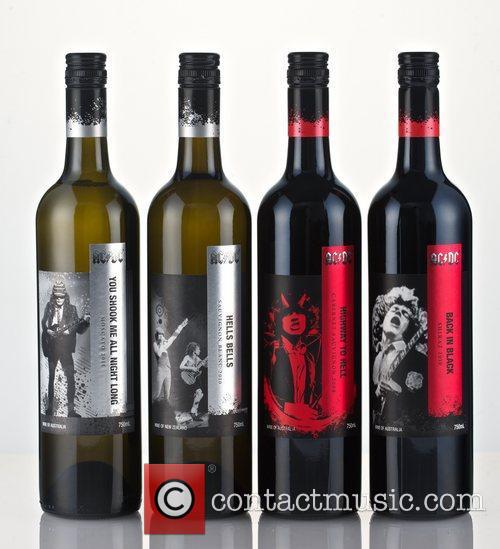 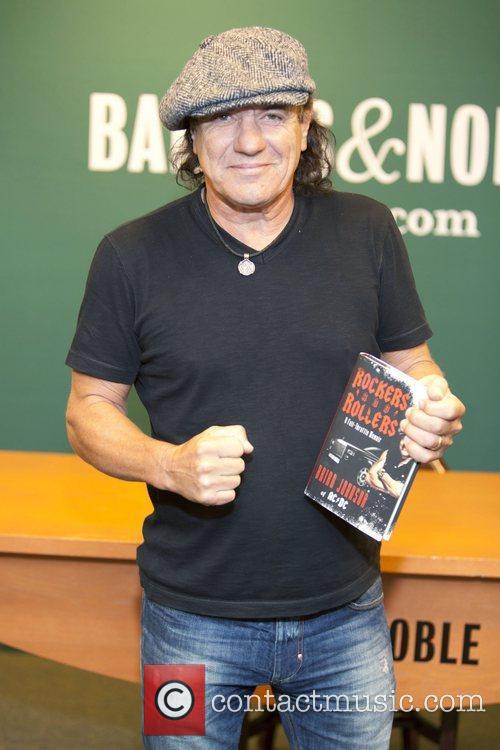 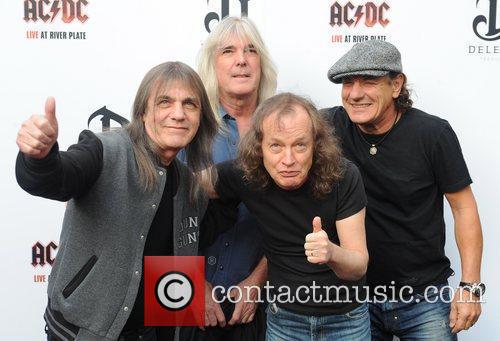 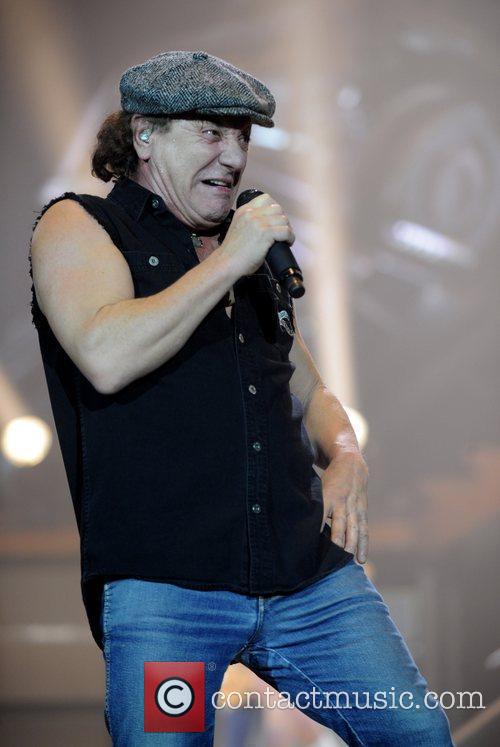 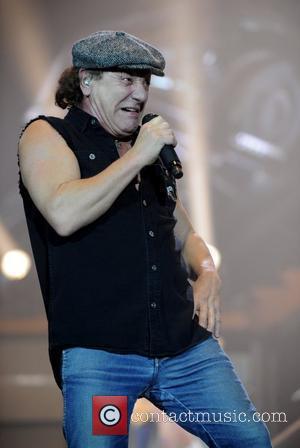 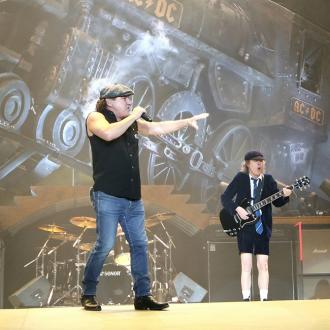