Watts, who is heading back out on tour with the Stones this summer, was asked about the future of the band in an interview with The Guardian.

He and his colleagues have just announced details of a new British and European tour set for this summer, but Rolling Stones drummer Charlie Watts has admitted that it “wouldn’t bother” him if the band finished tomorrow.

The 76 year old sticksman, a founder member of the Stones and an ever-present in the band over more than half a century, spoke with The Guardian in a wide-ranging interview on Tuesday (February 27th).

“I love playing the drums and I love playing with Mick and Keith and Ronnie, I don't know about the rest of it. It wouldn't bother me if the Rolling Stones said that's it – enough,” Watts told the interviewer. “I don't know what I would do if I stopped. Keith is a great one for saying once you're going, keep going. The big worry for me is being well enough. We don't work like we used to fortunately. There are huge gaps between each show.”

Continue reading: Charlie Watts "Wouldn't Be Bothered" If The Rolling Stones Were To Split Tomorrow

The Rolling Stones' Mick Jagger has revealed the group are planning UK gigs for next year.

The Rolling Stones are planning UK gigs for next year.

British fans of the rock group - which includes Sir Mick Jagger, Keith Richards, Ronnie Wood and Charlie Watts - were devastated to find out that the band had missed out the UK on their last tour, the No Filter European Tour, earlier this year but Mick has now revealed the group are ''getting plans in place'' to perform in the UK in 2018.

Mick told The Sun newspaper: ''We were disappointed not to perform in the UK on our recent jaunt and we're looking forward to getting plans in place to do so next year.'' 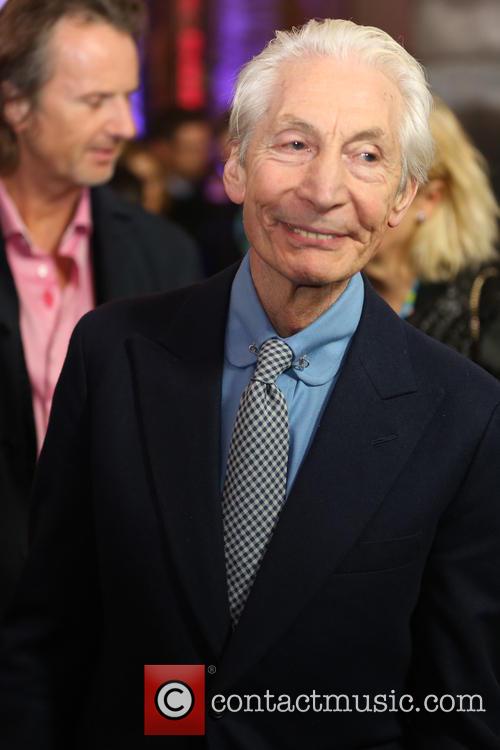 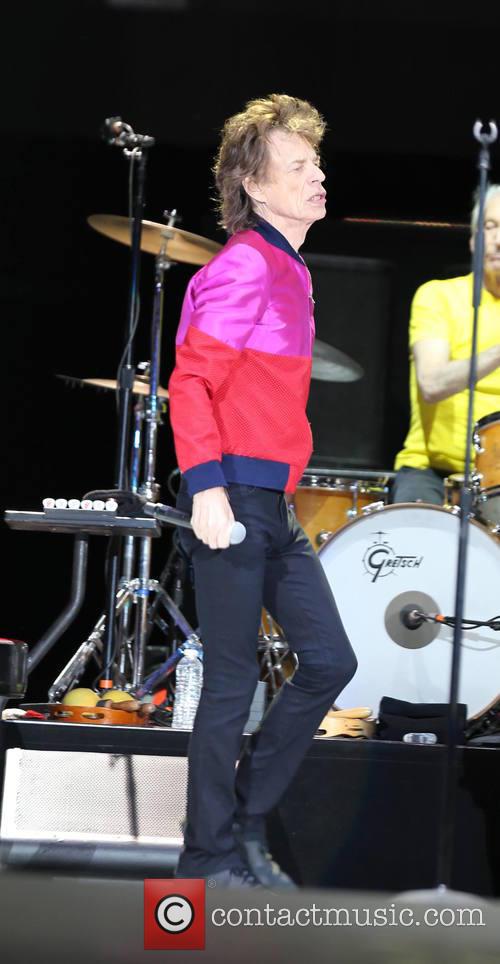 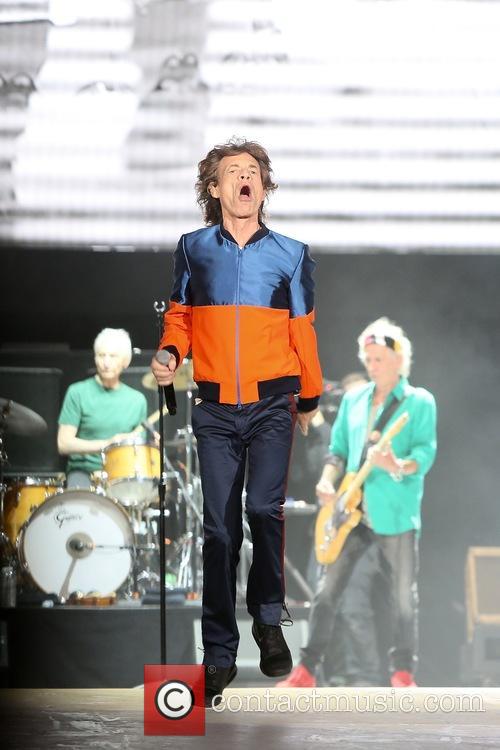 In 1995 The Rolling Stones released an album called Stripped. It featured a number of (predominantly acoustic) covers of their own material and some of their favourite songs to play to support the release of the album they played 3 intimate gigs. Now the band has released footage of the studio recording process along with a number of interview snippets and numerous on stage performances from three of their European dates in 1995: The Paradiso in Amsterdam, L'Olympia in Paris and Brixton Academy in London in July.

Poster For The Rolling Stones' 'Exhibitionism' Censored By Regulators

The poster was deemed too risque by advertising authorities in the English capital, and will be altered before its release next Monday.

The Rolling Stones have expressed their puzzlement at the decision taken by London Underground to censor the promotional poster for their upcoming exhibition at tube stations around the capital.

On Wednesday (July 8th), The Guardian reported that the poster, featuring the band’s iconic ‘lips and tongue’ logo over the crotch area of a scantily clad woman, had been rejected by regulators in charge of advertising standards. Exterion Media, as well as bus regulators Clear Channel, both deemed the image too suggestive. The Rolling Stones playing in July 2014

The Rolling Stones are set to celebrate their long career as a band next year (2016) with their first exhibition at London's Saatchi Gallery on King's Road, appropriately named 'Exhibitionism'. A variety of artefacts, art and videos will be on display, all collected over a period of three years.

They last performed in the US and Canada in 2006's 'A Bigger Bang' tour.

The Rolling Stones are set to hit the road yet again, this time re-visiting the States for the first time in nine years on their 15-date Zip Code tour. The veteran rockers will be performing everywhere from San Diego to Quebec in this North American bonanza.

Mick Jagger, Keith Richards, Charlie Watts and Ronnie Wood will be performing at some of the biggest stadiums in the US and Canada on their forthcoming Summer tour which will run from May to July; kicking off at San Diego's Petco Park and wrapping up in Quebec with Le Festival D'Été de Québec, tickets for which will be available in April. 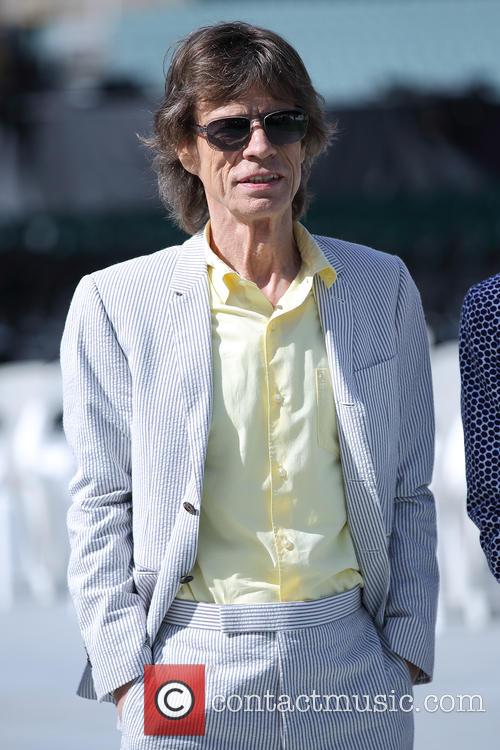 Mick Jagger Still Rocking As He Rolls Into His 70s: What A Career.

The Rolling Stones' frontman Mick Jagger has finally hit 70 but there's plenty of life in the old stone yet.

Friday 26th July 2013: 70 years of planetary life for the illustrious Rolling Stones frontman Mick Jagger as he celebrates becoming a septuagenarian. After an energetic Glastonbury performance back in June and a whole host of rock 'n' roll activities - not least dinner with Nick Clegg - hitting the headlines, The Stones have shown that they can still capture the interest of the media and convert a tonne more young fans for themselves despite having formed 51 years ago in 1962. Jagger: Why Give Up When You Can Look Good Doing This?

After Glastonbury there was no time to sit down, hang up the bandanas and nestle into a future filled with colostomy bags and porcelain dentures. Instead, the band looked forward to two more mega headline sets in London's Hyde Park on 6th and 13th July to mark the close of their 50th anniversary tour and record some live tracks.

Continue reading: Mick Jagger Still Rocking As He Rolls Into His 70s: What A Career.

Continue reading: The Rolling Stones At Hyde Park: The Rockers Have Plenty More To Offer 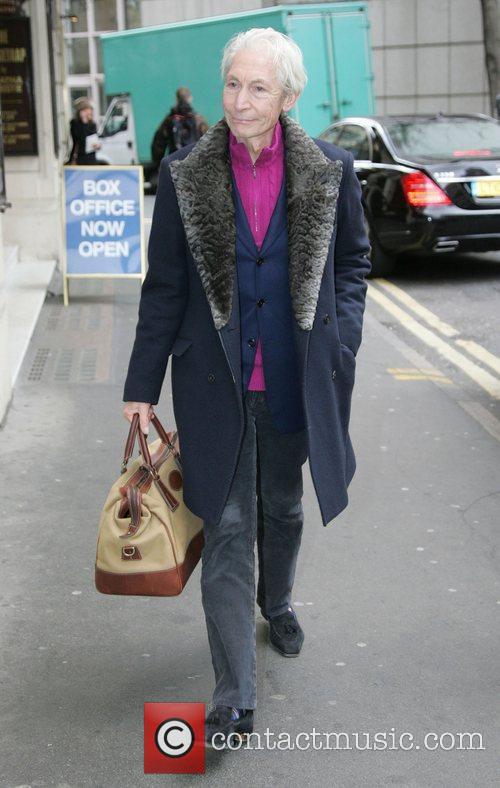