The TV star cannot use her voice for a whole month.

TV's Mayim Bialik is being forced to spend her time off completely mute, after doctors ordered her to stay silent for at least a month in order to give her sprained vocal chords the rest they need. It's safe to say she's feeling less than happy about her prescribed silence.

Mayim Bialik at the 2017 SAG Awards

At least the 'Big Bang Theory' star is taking the news rather light-heartedly. She explained the issue to her social media followers with a video explaining how she has managed to ruin her vocal chords over the years, via a woman relating the story in sign-language. 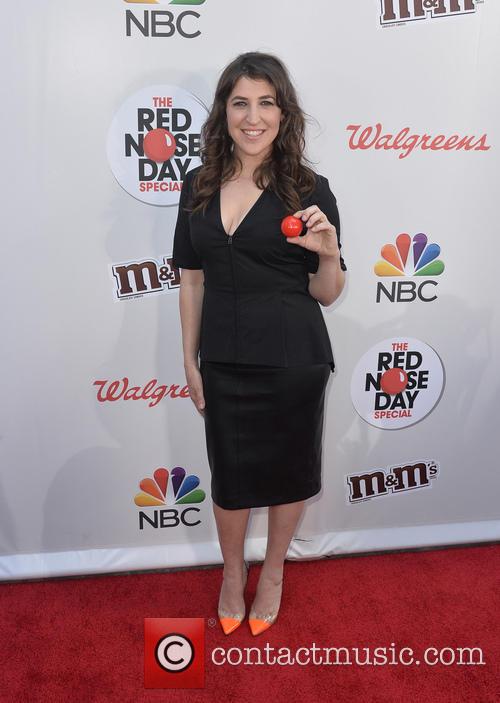 By Hannah Woodhead in Lifestyle / Showbiz on 18 September 2014

Mayim Bialik has published a blog about her dislike for the film Frozen.

Raise your hand if you're even just a little bit sick of hearing 'Let it Go' every where you...go? Yeah, you're not alone. 'The Big Bang Theory' actress Mayim Bialike has posted a blog detailing her distain for the Disney smash hit Frozen that has infected every corner of the world since its release last November. Bialik at the Primetime Emmy Awards

As reported by Fox, Bialik admitted first that she is not a big fan of musicals, but said her dislike of Frozen runs deeper than not liking all the singing. She criticised the film for showing a lack of female agency. Fans of Frozen have praised the film for showing a story about a relationship between sisters, but Bialik disagrees. "Sure, it’s sort of hidden, but the search for a man/love/Prince is still the reigning plot line in the movie, as it is with pretty much all movies for young people which are animated," she wrote.

Continue reading: Mayim Bialik Is Not A Fan Of Frozen

Mayim Bialik, best known for her character Amy Farrah Fowler in CBS's Big Bang Theory, is a major proponent for 'attachment parenting' yet her strategy is questioned constantly.

The Big Bang Theory star, Mayim Bialik, not only plays a neuroscientist character in the hit CBS series but also has a neuroscience PhD to her name in real life. This interest in the inner workings of the brain was a factor in her choice to research and publish a book on a controversial method of parenting, known as 'attachment parenting.' Her parenting advice book, Beyond the Sling: A Real-Life Guide to Raising Confident, Loving Children the Attachment Parenting Way, was released in March 2012. She may play a main role in the comedy series but critics didn't find anything funny about her parenting style that calls for co-sleeping and literally wearing a baby in a sling across your body - particularly her decision to breast-feed her son Frederik until he was four.

Single mum Bialik finalised her divorce from husband Michael Stone in May and although the split was reportedly amicable, Bialik has since admitted it's difficult being a single mum, especially when you're struggling to balance a professional life with a family life. She and Stone currently share custody of their sons, Frederick (4) and Miles (6) and she told People Magazine that her "life is like The Cat in the Hat: balancing the spinning ball, plates, a teacup. Everything is up in the air" but Stone is on hand to help raise the boys: "We will always tag-team when it comes to parenting. We have good communication, which is so important." It had originally been speculated upon whether Bialik's devotion to 'attachment parenting' was a factor in her divorce but such rumours were shot down.

Bialik's decisions have brought disgust and ridicule, according to The Inquisitr, as parenting is a sensitive topic for many, but one she continues to defend: "I tell [people] what works for me and why. But a lot of people want to ask me things so that they can fight with me. And just because I'm a public person, who happened to have breastfed and slept with her kids, that doesn't mean that I want to fight with you on the street or in the supermarket. So, I think you have to be really careful to understand why people want to know what they want to know."

In a frenzied week of celebrity news, it was Amanda Bynes who dominated the headlines following her arrest in New York last week. Elsewhere, Justin Bieber is in trouble with the law on the other side of the country, while Beyonce is having issues in Europe!

Bynes Behind Bars? The troubling saga that is Amanda Bynes versus the NYPD took a disturbing turn this week after the actress was arrested at her New York apartment for drug related offenses. After getting bailed, the former kids TV star threatened to sue the police, but doesn't she just need a little help?

Bootylicious! "Fan slaps Beyonce" read the headlines earlier this week, following the R&B superstar's show in Copenhagen, Denmark. The story was a little less disturbing than first assumed, though some cheeky fan still copped a feel of Bey's famous derriere!

Mayim Bialik is officially a single woman after divorcing from Michael Stone.

The Big Bang Theory actress Mayim Bialik has officially divorced from ex-husband Michael Stone, according to TMZ.com. The 37-year-old actress, who plays neuroscientist Amy Farrah Fowler on the hit CBS sitcom, filed for divorce from her husband of nine years last November.

"After much consideration and soul-searching, Michael and I have arrived at the decision to divorce due to 'Irreconcilable Differences," she wrote on her blog at the time. The couple finalized the divorce late last week and agreed to split their real estate straight down the middle. Bialik is keeping the couple's 1-bedroom home in Studio City, while Stone is getting the 1,300-square-foot, 3-bedroom home in Sherman Oaks. On the surface, it would seem Stone is the real winner from the split, though TMZ note of the properties, "While they're both similar in size, Mayim's pad is up in the hills - views, mountains, wildlife. Stone's pad is down in the flatlands - Target, Costco, Zankou Chicken."

The couple have two sons, 7-year-old Miles and 4-year-old Frederick, for whom the actress has sought joint custody. An official judgement will be made at a later date, though things are likely to be pretty straight forward. 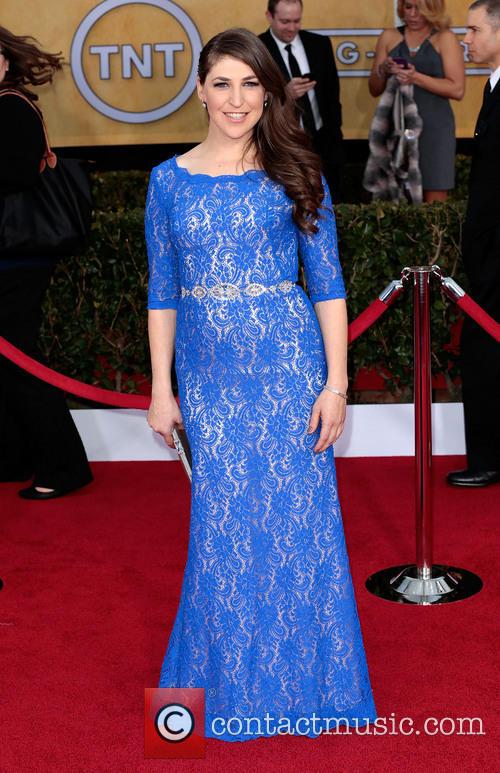 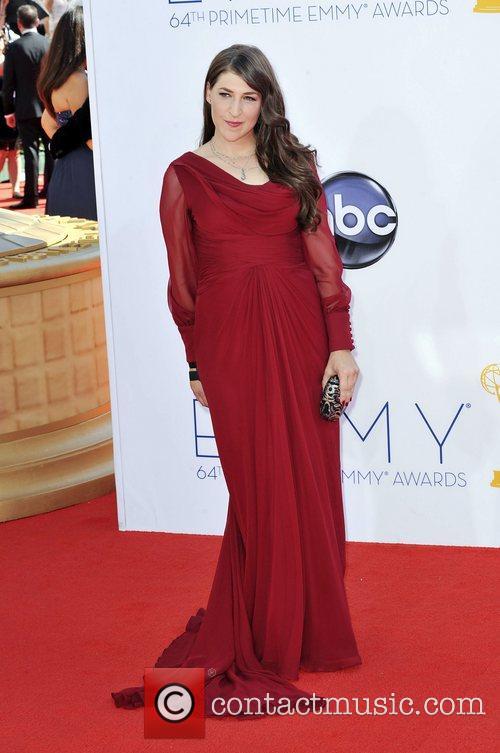 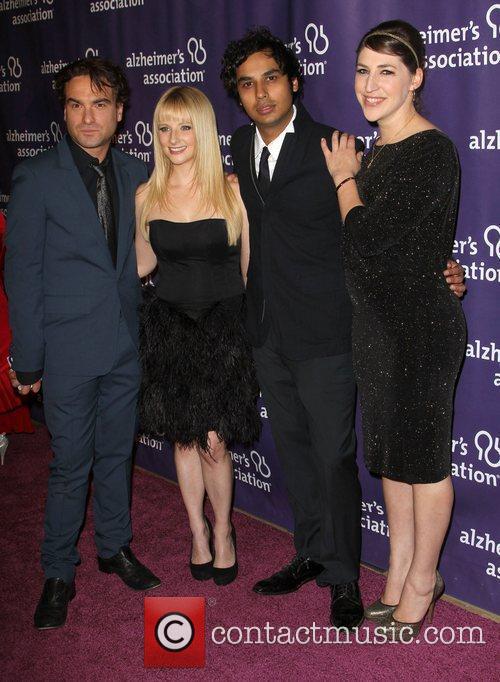 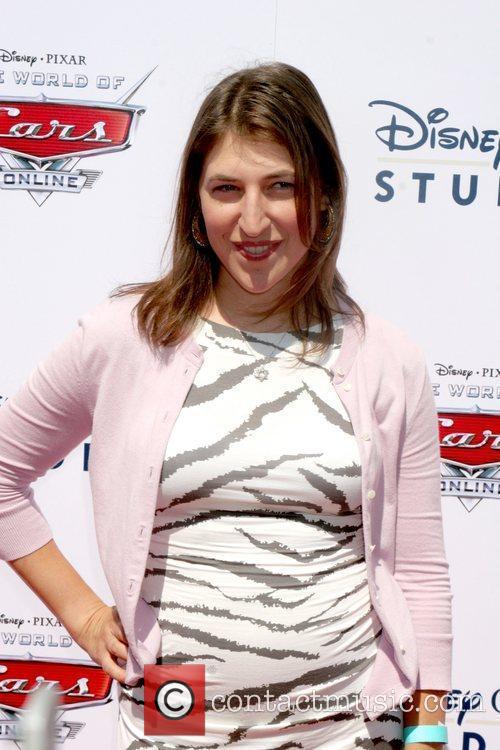 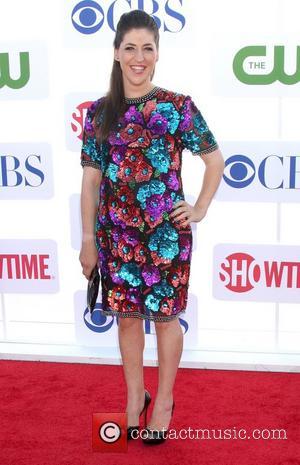 Mayim Bialik Back At Work Despite 'Very Bloody' Accident

Mayim Bialik: Accident Could Have Been So Much Worse