Alexa Chung and Alexander Skarsgard are reportedly getting ''serious'' about each other. 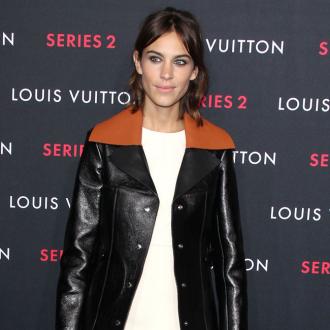 The 31-year-old model and 38-year-old actor are getting ''serious'' about each other, but are taking it slow and having ''fun'', due to the two being so busy with their careers.

A source said: ''(Alexa and Alexander's relationship) is serious and has really heated up.''

Speaking to Us Weekly, another source added: ''It's a fun relationship for both of them. She's just about as busy as he is and it's not really feasible (for them) to become a more committed couple, but the hang outs are great.''

The 'True Blood' star and UK TV presenter were spotted on a romantic date in Prospect Park and Botanical Gardens in New York on Friday (29.05.15). They were seen getting cosy together under a tree and took photos of one another around the grounds.

Alexa - who was in a four-year relationship with Arctic Monkeys frontman Alex Turner until July 2011 - shared a photo of herself on the day taken by Alexander - who dated actress Kate Bosworth from 2009 to 2011 - on Instagram.

It was originally rumoured that Alexa and Alexander were dating back in February when they were seen together twice over one week, including at the Bowery Ballroom in New York City.

An eyewitness at the event said: ''They were deep in conversation. He seemed really laid-back but she seemed super animated and into him.''