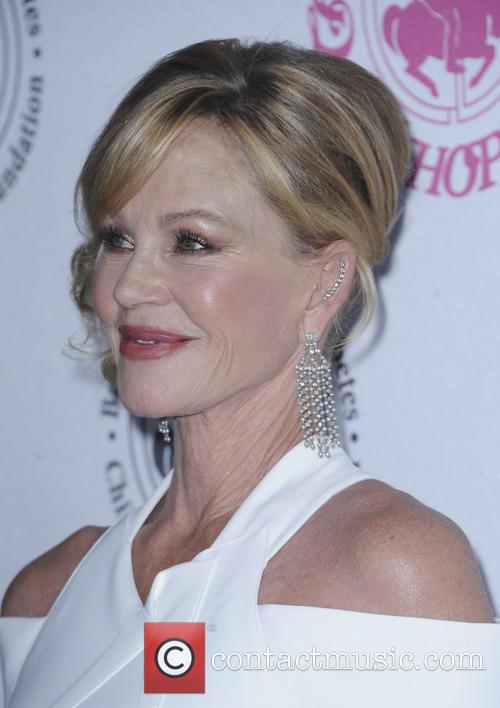 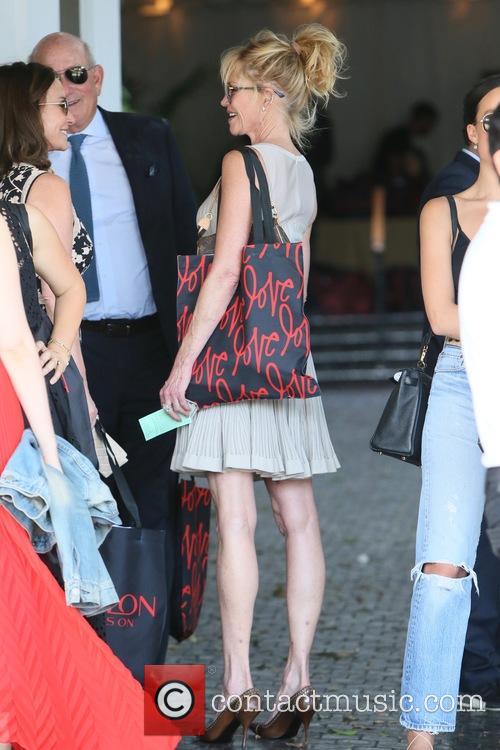 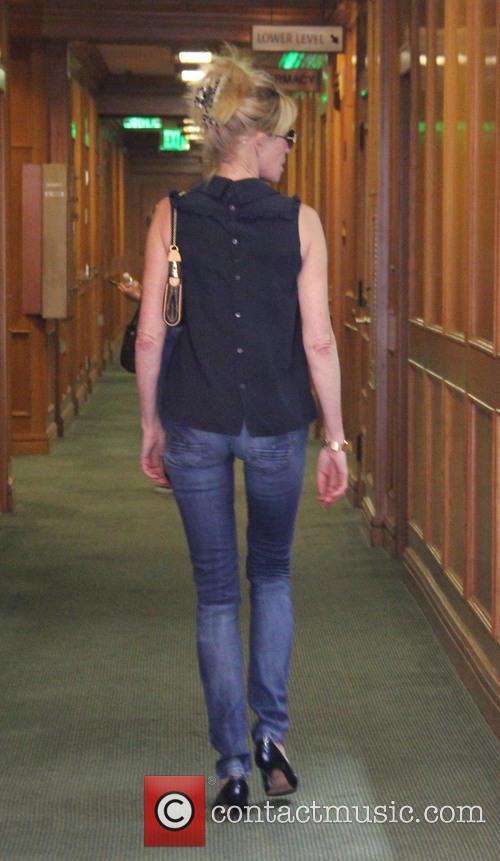 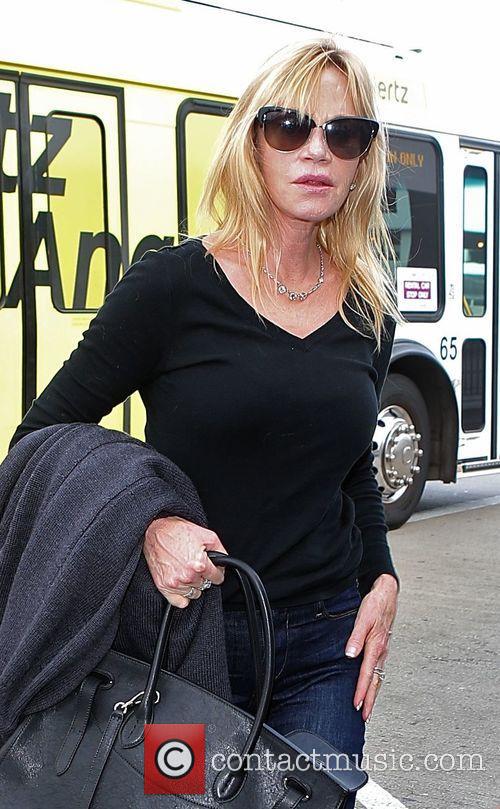 Melanie Griffith wants a fresh start after her 18-year marriage with Antonio Banderas came to an end.

The 56 year-old actress split from her longtime husband last month, and she is now doing everything she can to forget about her former romance.

By Elinor Cosgrave in Lifestyle / Showbiz on 27 June 2014

Sharon Stone and Mallika Sherawat have denied they are romantically involved with Antonio Banderas following his split from his wife of 18 years, Melanie Griffiths. Meanwhile Griffiths was snapped enjoying a dinner in Rome last week with Matt Dillon.

Rumours surrounding Antonio Banderas and soon-to-be ex-wife Melanie Griffith's love life have run amuck in the weeks following the announcement of their separation. Sharon Stone and Bollywood star Mallika Sherawat have denied reports they are dating the Spanish actor. Whilst Griffiths has been hiding her 'Antonio' tattoo and has been spotted dining with Matt Dillon. The couple announced their split earlier this month.

Sherawat was spotted in Cannes two years ago dancing with Banderas and sources speaking to Radar claim the pair later went on holiday together. The actress has become embroiled in the couple of 18 years split and has been cited by one of the reasons why they separated.

They Were "So In Love": So What Went Wrong For Antonio Banderas And Melanie Griffith?

Melanie Griffith and Antonio Banderas are sadly splitting after nearly 20 years of marriage. What went wrong for one of Hollywood's longest-running couples?

Power couple Antonio Banderas and Melanie Griffith, the beacon of hope and an icon of longevity when it come to Hollywood relationships, have split after nearly 19 years together.  The news has shocked fans who had always believed that the couple were still happy together in their long marriage, particularly since their affectionate displays just earlier this year.  The couple released a joint statement, explaining: “We have thoughtfully and consensually decided to finalise our 20 years’ marriage in a loving and friendly manner, honouring and respecting each other, our family and friends and the beautiful time we have spent together.” Couples were shocked to hear that Melanie Griffith and Antonio Banderas, pictured holding hands in March, were divorcing

Banderas and Griffith met on the set on their 1995 romantic-comedy film Two Much. At the time he was married to Ana Leza, whom he had wed in 1987. The marriage ended when he and Griffith began a relationship and he divorced Leza in 1996, marrying Griffiths in a small, private ceremony in London just a month later. The pair have a 17-year-old daughter called Stella together, while Griffiths has two older children from previous relationships.

Continue reading: They Were "So In Love": So What Went Wrong For Antonio Banderas And Melanie Griffith?

By Elinor Cosgrave in Lifestyle / Showbiz on 07 June 2014 Melanie Griffith - Melanie Griffith smoking a cigarette at the table while out for lunch with a friend in West Hollywood - Los Angeles, California, United States - Thursday 27th February 2014 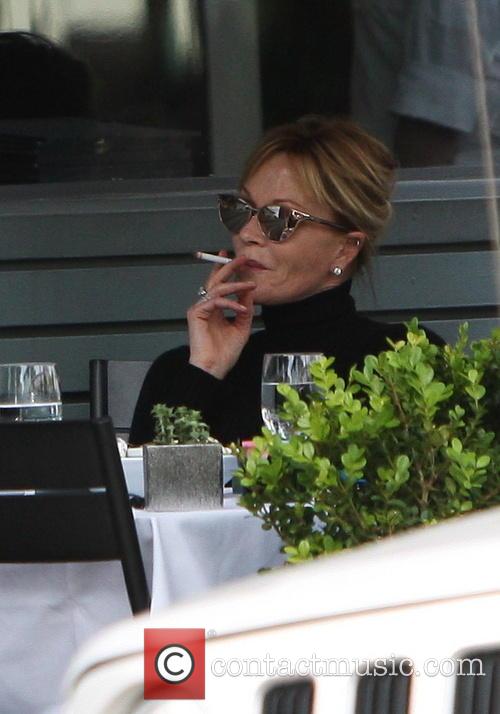 The 36-year-old's third child is guaranteed a shot at acting with a name like that. Witherspoon already has two little ones from her previous marriage with Ryan Phillippe; Ava, 12, and Deacon, 8. Linda Rosenkrantz, co-founder of Nameberry.com, has some explanations behind naming techniques employed by parents. "It's a trend that had its roots starting in the late 1980s," she said," with several celebs picking names from the American West, like Austin, Dallas and Dakota, including Melanie Griffith and Don Johnson, whose now grown daughter Dakota is the star of a new sitcom. But lately the trend seems to be heating up and much more widespread." Celebrities seem to be obsessed with choosing never-heard-before names for their offspring, and are looking far and wide for names that fit the bill: "The current trend seems to be really exotic-sounding spots, like Morocco, Egypt and Asia, and states rather than countries or cities -- Alabama, Arizona, Indiana and yes, Tennessee."

Laura Jeanne Reese Witherspoon made her name in 2001, with her breakout role as Elle Woods in the box office hit Legally Blonde, after bagging a Golden Globe nomination for the critically acclaimed Election. She also garnered critical praise for her performance in Walk The Line alongside Joaquin Phoenix.

By Christopher Null
Terrible
No matter how large your crush on Rachael Leigh Cook might be, do not see Tempo. It'll ruin your image of her forever. In this pathetic film, Cook is an oblivious American inexplicably brought to Paris to work in an ultra-luxe jewelry shop -- which is in the midst of being cased by a young robber (Hugh Dancy) and his geriatric girlfriend (Melanie Griffith). Love triangle develops, and robbery goes badly (we see it's aftermath, Reservoir Dogs-style, in the first scene). Unfortunately, Tempo needs to up its body count by at least three, and in the first 10 minutes of the film, to merit anything beyond a "you must avoid this film!" rating.
1 2 Next »
Melanie Griffith 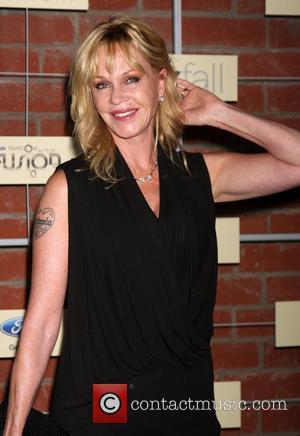 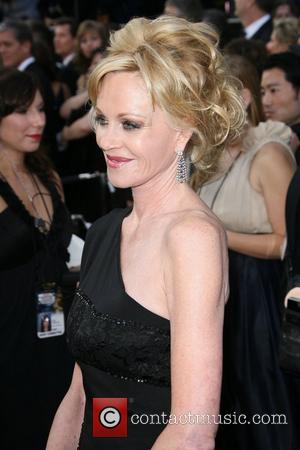