The 91 year old star acknowledged the honour of the BAFTA Britannia Award with an apology for his hilariously bad cockney accent in 1964's 'Mary Poppins'.

It’s only taken 53 years, but veteran Mary Poppins star Dick Van Dyke has at last offered an apology for what he called “the most atrocious cockney accent in the history of cinema”.

There were a great deal of fantastical elements in the classic 1964 film, including the titular character’s ability to fly using an umbrella and having a bag that seemingly fit everything in the world into it, but nothing was quite as spectacularly implausible as Van Dyke’s ludicrous cockney accent as he portrayed the loveable chimney-sweep Bert.

The actor and entertainer, now aged 91, was acknowledging the BAFTA Britannia Award For Excellence In Television, which he will be given at a ceremony later this year, and made reference to his iconic role in the Disney favourite in his speech. 'Alexander And The Terrible, Horrible, No Good, Very Bad Day' follows its roots, and sets its sights squarely on the family market.

It's taken quite a while for a film adaptation of the beloved children's book to appear, perhaps because its title is rather cumbersome: Alexander and the Terrible, Horrible, No Good, Very Bad Day. But there the full title is on posters (with commas) and across the screen (without them), although it could be argued that the story hasn't been adapted with quite as much reverence.

‘Alexander And The Terrible, Horrible, No Good, Very Bad Day’ is based on the book from 1972

Originally published in 1972, the award-winning book by Judith Viorst won a shelf-load of awards. The film adaptation, by first-time screenwriter Ron Lieber, flips the story around: now it's not Alexander who's having such an awful day: he has wished his bad luck on everyone around him instead.

There's nothing wrong with this bright and goofy family comedy, but there's nothing much to it either. As a bit of mindless entertainment, the film is smart and funny enough to keep audiences entertained, spinning a swirling vortex of bad luck and wacky slapstick around one lively family. But it's utterly weightless, without even a hint of an edge, and anyone who loathes either nutty physical gags or sappy sentimentality should steer well clear.

Everyone in the audience can understand how Alexander (Ed Oxenbould) feels: he's fed up with the fact that no one notices that his life is just one humiliation after another, so on his 12th birthday he wishes that his family would have a taste of his misfortune. Sure enough, everything that can go wrong does. Dad Ben (Steve Carell) has to take the baby with him to an important job interview; mom Kelly (Jennifer Garner) has a work event go horribly wrong; teen brother Anthony (Dylan Minnette) struggles to make prom night special for his demanding-diva girlfriend (Bella Thorne); and middle sister Emile (Kerris Dorsey) gets ill on opening night of the school play she's starring in. On the other hand, Alexander's day isn't so bad, as he finally catches the eye of cute girl Becky (Sidney Fullmer).

The plot is laid out as a series of minor calamities that escalate to crazed proportions as the day goes on, but only until the screenwriter decides to have mercy on the characters and let them bond to face the mayhem. Frankly, this is such a wildly happy family that nothing about the film is believable: their problems exist strictly for laughs. Thankful, most of the set pieces are genuinely funny due to the up-for-it actors, who make the most of their characters and the connections between them. There's also a terrific stream of cameo roles for comedy aces like Megan Mullally (Will & Grace), Jennifer Coolidge (American Pie) and Donald Glover (Parks and Recreation). Dick Van Dyke even makes a witty appearance as himself.

Following on from the discovery that New York Natural History Museum's exhibits come to life after dark, security guard Larry Daley (Ben Stiller) is faced with a new problem. After confronting the curator, Dr. McPhee (Ricky Gervais), about the exhibits steadily losing consciousness, Daley and friends must travel to England to try to restore power to The Tablet of Ahkmenrah - the ancient artefact that grants life to the museum. In an adventure which spans the globe, Daley and company must meet up with new characters in an attempt to restore the magic before the figures lives end permanently.

Continue: Night at the Museum: Secret of the Tomb Trailer

Dick Van Dyke and his wife Arlene have joked about his accident in L.A. on Sunday (28th August). Van Dyke's Jaguar burst into flames and a passer-by pulled him, uninjured from the vehicle before the police arrived.

Dick Van Dyke was involved in a potentially serious car accident on Sunday (28th August) when his car caught fire. Van Dyke was driving down the 101 freeway in Los Angeles when he was forced to pull over. He remained in the vehicle, with witnesses telling the emergency services that the 87-year-old remained oblivious to his smoking car.

Dick Van Dyke the screening of The Wonder Kid at the 2008 New York Independent Film and Video Festival.

A number of people placed 911 calls regarding Van Dyke's car, the recordings have been obtained by TMZ, and one caller said "I don't think he's aware it's on fire." Others described the car's condition: "it's smoking but I've just spotted a load of flames underneath it."

Dick Van Dyke was pulled from his burning car by a passer-by in L.A yesterday (20th August). Van Dyke was driving down a freeway when his car burst into flames. Fortunately the 87-year-old actor has not needed medical assistance despite being trapped in a "melted car".

Dick Van Dyke has narrowly escaped a serious and, in all probabilities, fatal accident owing to the kindness of a passing stranger. Van Dyke was driving along the 101 freeway in Los Angeles when his Jaguar burst into flame. Admirably, a passer-by named Jason Pennington (according to TMZ) was driving along the same freeway when he saw a car full of smoke on the side of the road, with an elderly man - it later transpired was musical legend Dick Van Dyke- attempting to free himself from the driver's seat. Dick Van Dyke at the SAG Awards in L.A.

Dramatically, Pennington pulled the 87-year-old actor from the driver's seat just as flames began to enter the car. Thankfully, although Van Dyke was obviously shaken, no damage was done and he did not need to be taken to hospital. As suggested by the L.A. Times it seems Pennington and another passer-by were off-duty nurses who rushed to Van Dyke's aid.

Dick Van Dyke says his head bangs every time he lays down.

Dick Van Dyke has a medical problem and needs you to help diagnose it. The legendary actor, 87, was expected to turn up to receive the Lifetime Achievement Award for Bettering Humanity Through Comedy At New York's 92Y this week, but a representative for the organization confirmed to E! News he would be unable to make it. "Due to a medical condition, Mr. Van Dyke is unable to travel to New York for the program," said the spokeswoman."

The details remained sketchy, until the Diagnosis Murder star took to Twitter to let his fans know the problem. "My head bangs every time I lay down. I've had every test come back that I'm perfectly healthy. Anybody got any ideas?" he tweeted on Wednesday. Van Dyke immediately received a slew of responses from his followers, some of whom worked in the medical industry. The actor elaborated shortly afterwards, saying it's been going on for seven years and that he's had "every test you can think of (CAT Scan, MRI, Spinal tap etc)."

The actor then re-tweeted a question from another followers asking if it feels "like you heartbeat/pulse throbbing in your head," to which he answered, "YES!"

Continue reading: Can Anyone Out There Help Diagnose Dick Van Dyke?

Van Dyke's condition has not yet been diagnosed

The veteran actor Dick Van Dyke reportedly cancelled a forthcoming appearance in New York, due to fatigue and lack of sleep, apparently stemming from a suspected neurological disorder, New York Post has reported.

Van Dyke appealed to his fans on Twitter to ask for advice. He tweeted “My head bangs every time I lay down. I've had every test come back that I'm perfectly healthy. Anybody got any ideas?" and followed the message up with “It has been going on for 7 years. I've had every test you can think of (CAT Scan, Mri, Spinal tap etc)." One of his Twitter followers suggested that he tried a specialist chiropractor but he simply replied “I don’t believe in them.”

He was supposed to appear at an event at the 92nd Street Y on April 26, in order to accept the Lifetime Achievement Award for Bettering Humanity Through Comedy. A representative for the actor told ET Online “[Dick is being treated from] fatigue and lack of sleep resulting from symptoms of a yet-to-be diagnosed neurological disorder.” The 87 year-old will reportedly be staying close to his home in Malibu, California, for now. Earlier this year, Van Dyke married Arlene Silver, his makeup artist, who is 40 years his younger. 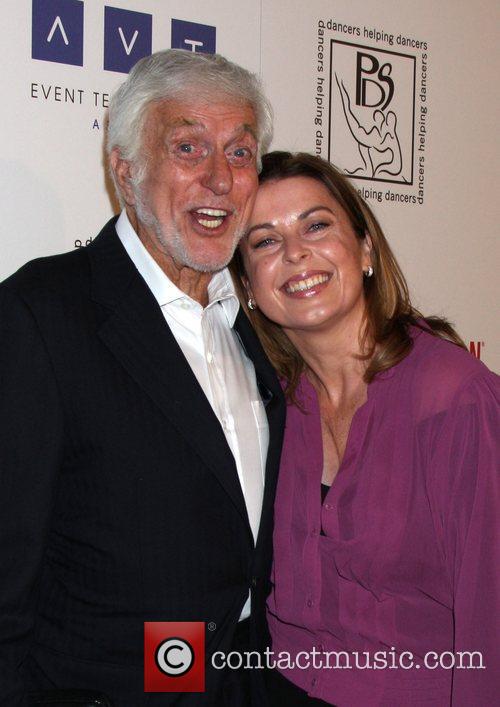 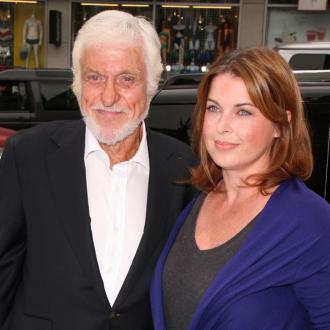