The group was playing the second of three huge gigs at Wembley Arena on Saturday night when a pyrotechnic malfunction engulfed the guitarist in flames.

Michael Clifford, one of the members of the teen-rock sensation 5 Seconds of Summer, has seemingly made a quick recovery from the nasty injury he looked to have sustained during a London gig on Saturday night.

5SOS were playing a huge concert at Wembley Arena in North London on Saturday (June 13th), when the guitarist stepped too close to a pyrotechnics device when it launched a vertical-flame into the air during an encore. Clifford was seen clutching his face and hair, which had been set alight according to horrified onlookers. The gig was halted and cancelled shortly afterwards. None of the four 5SOS members are old enough to drink legally in America.

Australian pop-rockers 5 Seconds of Summer were allegedly asked to leave a Los Angeles bar for being underage.

According to an initial report by WENN and later the Daily Mail, the fresh-faced popstars were asked to depart the Hollywood nightspot The Nice Guy on Saturday evening (April 4th) because none of the group are old enough to drink legally in the States. 5SOS were reportedly ejected from an L.A. bar for being underage

Continue reading: 5 Seconds Of Summer Reportedly Kicked Out Of A Bar For Being Underage

The 2015 iHeartRadio Music Awards saw some pretty epic moments this weekend, and some of the most hotly anticipated performances of the year. The top prize of 2015 iHeartRadio Innovator Award went to Justin Timberlake, but he wasn't the biggest winner of the night... Apart from winning three accolades - for Artist of the Year, Song of the Year and Best Lyrics - Taylor Swift was winning in many other ways. She's been gushing to everyone who'll listen recently  about Queen of Pop Madonna apparently praising her music in an interview, but the 'Blank Space' singer landed the chance to perform with her idol as she and her guitar joined the diva on stage for a rendition of Madonna's new single 'Ghosttown', taken from recently released thirteenth album 'Rebel Heart'.

The 2015 Kid's Choice Awards: So Who Took Home The Prize And Who Got Slimed On Nickelodeon's Big Night?

Last night Nickelodeon held their 28th annual Kid’s Choice Awards, so you know what that means lots and lots of slime covered stars!

Of all the award shows, Nickelodeon’s Kids’ Choice Awards is most certainly the messiest. This year Nick Jonas was our master of ceremonies, as the singer and actor presided over a night of slime, orange blimps and a moving appearance by Angelina Jolie. Your host for the evening, Nick Jonas

Host Nick Jonas opened the show, performing his songs ‘Chains’ and ‘Jealous’, before daring to poke fun at Zayn Malik’s exit from One Direction. Acknowledging how hard a week it had been for the group's legion of teenage fans as ‘One Direction became Two Direction’, Jonas asked “What's next, Fourth Harmony? Three Seconds of Summer? The Jonas Brother?”

Continue reading: The 2015 Kid's Choice Awards: So Who Took Home The Prize And Who Got Slimed On Nickelodeon's Big Night?

The MTV Video Music Awards Line-Up Has Been Announced

By Stephen Caswell in Music / Festivals on 21 August 2014

Following last year's interesting performance involving Miley Cyrus and Robin Thicke, the MTV Video Music Awards are going to be under the watchful eye of the Parent's Television Council.

The line-up for MTV's VMAs has been announced, and now it's time to take bets as to whether this year will serve as any less controversial than last year, following the infamous 'Miley-gate' incident. The performing artists include Jessie J, Nicki Minaj, Ariana Grande Usher, 5 Seconds of Summer, Maroon 5, Beyonce, Taylor Swift and Sam Smith. Last year's MTV Video Music Awards sparked off some controversy due to Miley Cyrus' 'seductive' twerking on the then married Robin Thicke while wearing only her underwear and making provocative gestures with a giant foam finger. Then again, controversy is big money these days so if anything, the draw of this year's VMAs is seeing if they will top last year's antics.

5 Seconds Of Summer Are A Boy Band, But It's Not Because Of Their Music

5 Seconds of Summer All Time Low One Direction

What exactly makes 5 Seconds of Summer a boy band?

Auto-tuned vocals, dashing good looks, and a bunch of outside writers and producers making the songs. Those are probably the most common qualities that you'll find in your standard boy band. But what about the so-called boy bands that transcend these stereotypes - the "boy bands" that are far from what's considered manufactured? Will they ever stand a chance, or is it too easy to give in to the mainstream pressure? In general, there's the automatic assumption that a boy band equals bad music, but what exactly equals a boy band? You could say that pop music is the instant boy band qualifier, and the poppier the music is, the more it'll be discredited. But when you look at a band like Fall Out Boy - one of the poppiest and biggest pop rock bands in the world - why are they considered a "real band" when they aren't all that different from an act like 5 Seconds of Summer? Obviously, there's a ton of differences between the two groups, but the point is that they both started out as just some guys looking to play music together. The type of music isn't what makes a band a boy band, but rather, it's the marketing behind them.

Continue reading: 5 Seconds Of Summer Are A Boy Band, But It's Not Because Of Their Music

5 Seconds Of Summer Earn Record Breaking Debut At No.1 On Billboard 200

The Australian pop band's debut album landed at No.1 this week by earning the the fourth-largest sales figures of the year.

Australian pop band 5 Seconds of Summer have certainly introduced themselves to the music world as their self-titled debut album lands in the No.1 spot on the Billboard 200 chart by earning the third-highest sales figure of the year for a debut.

5 Seconds of Summer's debut album lands at No.1

The foursome, Michael Clifford, Luke Hemmings, Calum Hood and Ashton Irwin, landed the chart topping record with sales of 259,000 copies, according to Nielsen SoundScan, which also makes it the fourth-highest sales week of the year, overall.

Continue reading: 5 Seconds Of Summer Earn Record Breaking Debut At No.1 On Billboard 200

5 Seconds of Summer just released their new album in Australia, and here are the best songs from it.

Whether you think they're pop punk, pop rock, or a straight up boy band, the fact of the matter is: 5 Seconds of Summer has arrived, and they won't be going anywhere anytime soon. Regardless of genre, they're smashing records in multiple countries with catchy songs featuring guitars, and you rarely see that anymore. What these four kids have accomplished since the success of their hit single 'She Looks So Perfect' a few months back has been nothing short of impressive, and it's only going to get bigger from here with their self titled debut album.

5 Seconds of Summer dropped their record in Australia on June 27, and even though the United States will have to wait until July 22 to get their hands on it, the songs released thus far have been a great representation of the album as a whole. Filled with high energy anthems and a mix of those pop punk, pop rock, and straight up boy band tendencies allow the record to hold a place in your summer playlist all season long. If you're struggling to figure out which tracks to include on it, we've got you covered. 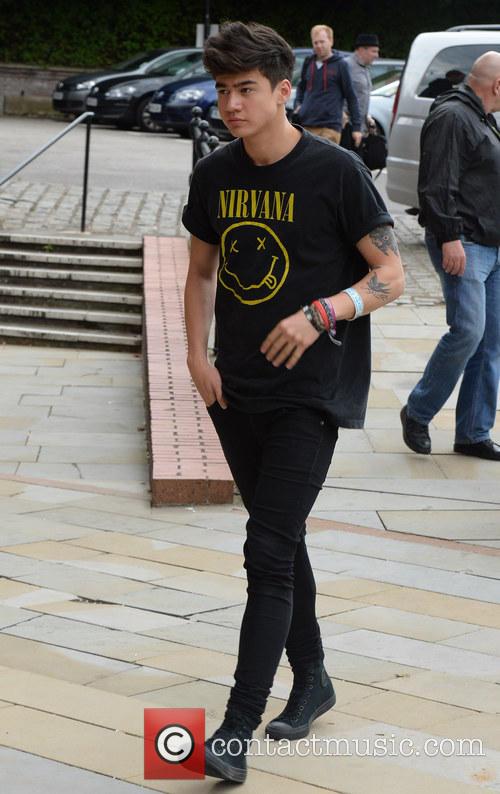 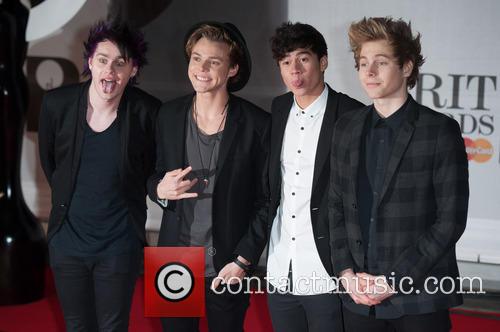 5 Seconds of Summer fed up of MCR comparisons 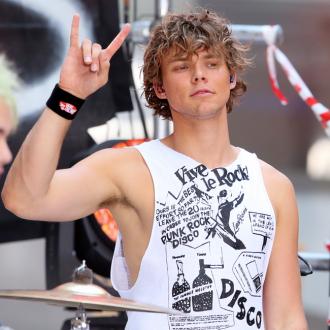